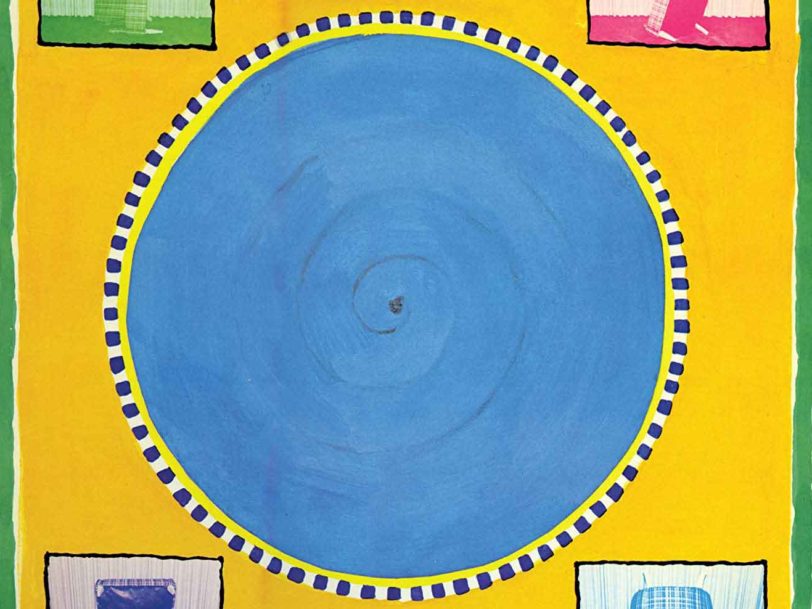 Speaking In Tongues: Talking Heads Return – With A Lot More To Say

Released after a brief hiatus, ‘Speaking In Tongues’ found Talking Heads taking stock of where they were, and reflecting how far they’d come.

By the time Talking Heads reconvened to begin work on their fifth album, Speaking In Tongues, changes were afoot in the camp. In a remarkable burst of industry and creativity, their first four records – from 1977’s Talking Heads: 77 to 1980’s boundary-pushing Remain In Light – had come in just as many years. After wrapping up their live commitments with a short tour of Japan in February 1981, however, the four members took a short hiatus.

Listen to Speaking In Tongues here.

“Jerry and David were shocked at the success”

Still, they were never far from the spotlight, as Talking Heads solo projects began to proliferate. Frontman David Byrne’s game-changing collaboration with Brian Eno, My Life In The Bush of Ghosts, was released in February 1981 after being delayed for over a year while awaiting clearance over its extensive samples. Finally seeing the light of day, it was cited as an influence by artists as diverse as Kate Bush and Public Enemy. Not resting on his laurels, Byrne had thrown himself into working on the music for The Catherine Wheel, an ambitious stage production by dancer and choreographer Twyla Tharp which premiered at New York City’s Winter Garden Theatre in September 1981. When the soundtrack album followed in December, it was the clearest indicator yet of Byrne’s fascination with complex African-inspired rhythms. His work on the project influenced his personal life, too, as he and Tharp began a relationship.

Meanwhile, Talking Heads’ husband-and-wife rhythm section, bassist Tina Weymouth and drummer Chris Frantz, had been busy themselves. As Tom Tom Club, they released their self-titled debut album in November 1981, enjoying hits with Wordy Rappinghood (No.7 in the UK) and the enduring Genius Of Love (No.31 in the US). Tom Tom Club’s fresh fusion of new wave, hip-hop, reggae and dub (for starters) was a worldwide hit. According to Chris Frantz, however, it may also ruffled some feathers in the camp. “To say that Jerry and David were shocked at the success of our Tom Tom Club record would be an understatement, but neither of them talked to us about it,” he wrote in his 2020 memoir, Remain In Love. Guitarist Jerry Harrison had also spread his wings that year, releasing his debut solo album, The Red And The Black, in June.

“All you need is a great engineer”

As with Remain In Light, work for Speaking In Tongues began, in July 1982, with jam sessions in Frantz and Weymouth’s Long Island loft. Frantz remembered it as a time of experimentation: “We would sometimes switch instruments… This is how This Must Be The Place (Naïve Melody) came about. Tina played rhythm guitar, Jerry played keyboard bass and David played some freaky little sounds on the Prophet-5 [synthesiser] using the modulation wheel. I played the drums because no one else knew how.”

Despite the rampant creativity of these early sessions, all was not well. Jerry Harrison’s mother had been diagnosed with cancer, and the guitarist was in bad shape. He straightened out and began participating in the sessions again, but more upheaval was to come. Deciding their relationship with Brian Eno had run its course, the group lost a producer who had been an integral part of their sound since their second album, 1978’s More Songs About Buildings And Food. They sought a replacement in David Bowie’s producer Tony Visconti, but the man who had helmed such masterpieces as Low and “Heroes” told them, “You don’t need a producer. All you need is a great engineer.”

That became Butch Jones, who oversaw the recording of Speaking In Tongues’ basic tracks at Bob Blank’s Blank Tapes Studios in Manhattan. The sessions went well, with the band enlisting outside help in the shape of, among others, Parliament keyboardist Bernie Worrell (playing synth on Girlfriend Is Better), guitarist Alex Weir of 70s funk combo The Brothers Johnson, French synth whizz Wally Badarou and Nona Hendryx of Labelle.

A masterpiece of strung-out funk

A full funk inferno, Burning Down The House made a hell of a start to the album – and remains one of the best Talking Heads songs of all time. Receiving its title when Chris Frantz shouted, “Burn down the house!” over an early jam on the song – evoking the response of the crowd at a P-Funk gig he’d attended at Madison Square Garden – the song gave Talking Heads their first and only US Billboard Top 10 single. And there was barely any let-up for the remainder of Speaking In Tongues’ first half. Making Flippy Floppy and Girlfriend Is Better delivered more pulsing low-end shenanigans with insistent hooks and sci-fi sound effects galore, while Slippery People is a masterpiece of strung-out, apprehensive funk lifted by a gospel-like call-and-response chorus and I Get Wild/Wild Gravity even finds Talking Heads dabbling in dub.

The album’s second half begins with what sounds like David Byrne quite literally speaking in tongues through the introduction to Swamp, a bizarre stomper with an irresistible wordless chorus that finds Byrne growling a pantomime villain. Moon Rocks lightens things with its choppy guitar and nimble bass before the high-energy Pull Up The Roots stampedes towards the album’s closer and emotional pay-off.

This Must Be The Palace (Naïve Melody) had come a long way from that jam back in Long Island. Here, it’s one of the most flat-out gorgeous moments in Talking Heads’ catalogue. Layers of synth softly hit the listener like warm and welcome sunlight, offset by the understated simplicity of the rhythm section. And here Byrne sounds like a man transformed – content and giving himself up to love like never before. There’s a vulnerability and tenderness to the vocal that was wholly new for the group, but that only made it all the more affecting.

Released as the second single from the album, This Must Be The Place (Naïve Melody) quickly became one of Talking Heads’ most-loved songs, and remains a huge part of Speaking In Tongues’ enduring success. Four decades on, it marks the point where Talking Heads took stock of where they were and made an album that reflected how far they’d come.

Check out our best Talking Heads songs to find out which ‘Speaking In Tongues’ tracks made the cut.