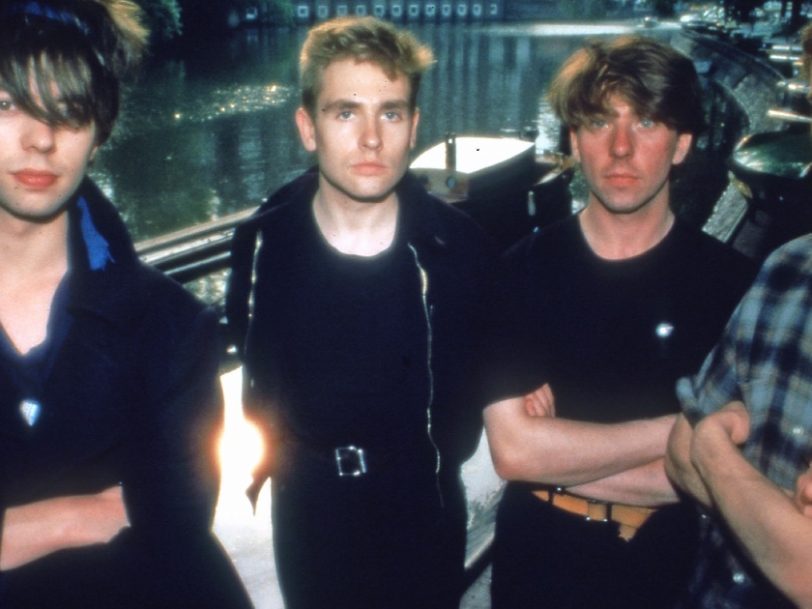 Elemental and visceral in the same heady package, the best Echo And The Bunnymen songs are landmark works that reverberate down the ages.

Brooking nothing so limiting as a genre tag, Echo And The Bunnymen forced the post-punk and neo-psychedelic worlds together in a show of creative freedom that has little equivalent elsewhere in music. Across their first four albums, the group developed into a shapeshifting unit whose horizons seemed limitless. “We always thought we were the best band in the world,” Bunnymen guitarist Will Sergeant told Dig! in an interview about those breakthrough years. “It was like our backs were against the wall, with our bayonets sticking out.” Luckily, the group had the goods to match their defiant attitude, ensuring that the best Echo And The Bunnymen songs have stood the test of time.

“Can you hear it?/The sound of something burning/Something changing.” Must be the post-punk template. Echo And The Bunnymen themselves had undergone a seismic shift by the time they re-recorded their first single – originally put to tape by their short-lived trio line-up, with a drum machine filling the then vacant drum-stool spot – for their debut album, Crocodiles, after real-life drummer Pete De Freitas joined the fold. “It changed completely,” guitarist Will Sergeant said of the band’s sound one De Freitas came on board. “We could have dynamics in the songs, which was what we were all about.” A spectral echo of that mechanical timepiece can be heard throughout their second pass at Pictures On My Wall while everything else falls into place. One of the earliest contenders among the best Echo And The Bunnymen songs, it belies frontman Ian McCulloch’s “Should have got it right tonight” moment of doubt.

Worked up from nothing when the group needed more songs to round out Heaven Up Here, A Promise became the album’s lead single and its only glimpse of optimism – if you could call it that. Even McCulloch doesn’t sound convinced of salvation, his voice almost breaking with desperation as he comes in – “You said something will change/We were all dressed up, somewhere… You promised” – though he gamely seeks hope in the outro: “There’s light on the water/We could sail on forever.” Fitting in with the national mood midway through Margaret Thatcher’s first term as UK Prime Minister, this is one of the last straightforward songs Echo And The Bunnymen recorded, at a time when the group were more than making good on their own promise.

That Villiers Terrace wasn’t picked as a single shows the strength of material Echo And The Bunnymen had worked up as early as their debut album, Crocodiles. Here was a group born of Liverpool’s post-punk scene but aligning themselves with music history’s wider lineage, with McCulloch throwing in lyrical references to Bob Dylan (“Mixing up the medicine” being a direct lift from Subterranean Homesick Blues) and hammering on some barroom piano while guitarist Will Sergeant switches between Byrds-y jangle and choppy new wave slashes. Powered by drummer De Freitas and bassist Les Pattison, locked in a tribal trance, Villiers Terrace was an early indicator of the ambitious scope that would define the best Echo And The Bunnymen songs.

Looking ahead to the more delicate songs that would come through as Echo And The Bunnymen continued to master their craft, the slow-burning All My Colours is the sound of a band surrendering to elemental forces. Prioritising atmosphere over aggression, the song slowly materialises from behind a foreboding drum pattern: intertwined acoustic guitars, ethereal snatches of recorder (from guest musician Les Penning) and piano, a questing electric guitar line that refuses to resolve itself. It’s compelling and teasingly ephemeral in equal measure, McCulloch seemingly acknowledging the impermanence of such a beautiful gift as he intones, “That box you gave me/Burned nicely.”

Showing the influence of Will Sergeant’s then recent soundtrack experiments with drum machines and drone effects, Over The Wall looms into view like a Philip K Dick novel remade in sound. Its strange sparseness came in part from the guitarist’s refusal to allow De Freitas to use his cymbals, forcing the drummer play his way out of constraint, but the song also saw the group take a collective creative leap in the studio, demanding from their instruments noises they weren’t created to make. Add a McCulloch vocal as urgent as it is yearning – with a surprise interpolation of Del Shannon’s 1961 pop hit Runaway, hauntingly echoed back by Sergeant’s guitar – and you have one of the finest examples of how the best Echo And The Bunnymen songs came from an almost telepathically attuned ensemble working at the highest level.

With a recurring guitar motif as spiky as its parent album’s name, The Back Of Love went for the jugular from the off, setting Pattinson up to enter the fray with a propulsive bassline so urgent it might as well have had the emergency services on speed dial. “It was quite avant-garde,” Sergeant told Dig! of the song’s arrangement, which found the group swirling an array of whirly tubes for a middle section. “They were all vaguely in the key of E. It added this odd sound.” For all the undeniable inventiveness on display, however, The Back Of Love wins its biggest accolade for Pete De Freitas’ monstrous performance. “He could drop it down to zero and then back up to 10,000,” Sergeant recalled of the late drummer’s prowess. “I realised, Bloody hell, we’ve got someone here that’s amazing.”

Proof that, at the heart of it all, Echo And The Bunnymen were a pop group in disguise, Silver was an exquisite revelation for all first-time listeners of Ocean Rain – and it remains a gorgeous highlight among the best Echo And The Bunnymen songs. Was that a full-blown orchestra? You’d have been forgiven for thinking budgets were running amok, but no, this is creativity reaching its peak. Few trusted collaborators were allowed inside The Bunnymen’s world, but Silver immediately rewarded the group’s faith in newcomer arranger Adam Peters, who was given free rein to score the strings as he saw fit. “In his mind, he could hear all the orchestration,” Will Sergeant later recalled for Dig! “It was hard for us to imagine, but he knew exactly what it was going to sound like.” With shimmering acoustic guitars and a McCulloch performance that veers towards euphoric (“Just look at you/With burning lips/You’re living proof/At my fingertips”), Silver was a glittering opener to an album full of riches.

Bringing its namesake album to a close, Ocean Rain marked the end of a tumultuous five-year period in which Echo And The Bunnymen plumbed the depths of their emotional states while also scaling creative heights few bands can reach. Here, at last, was shelter… of a sort. Far gentler than anything their reputation may have suggested they were capable of, the song offered band and fans alike a breather (it would be three years before the next Bunnymen album), but McCulloch predicts a bumpy ride ahead: “My ship’s a-sail/Hear its tender frame/Screaming from beneath the waves.” The strings cushion the landing, rather than attack the senses as they so often do with The Bunnymen, while the group work up a sympathetic, swelling backing to McCulloch’s anxieties.

Baffling as it is to consider today, The Bunnymen were asked to re-record their breakthrough third album, Porcupine, after their label claimed not to be able to hear in it any evidence of a hit. Never mind that the finished work went to No.2 in the UK – or that The Cutter slashed its way into the Top 10 of the singles chart, where, as The Bunnymen’s first appearance in pop’s upper echelons, it held off U2 and rubbed shoulders with the radio-friendly juggernaut Phil Collins. Something of an attempt to find a meeting point between the group’s twin loves of Scott Walker and Arthur Lee’s Love, The Cutter benefited greatly from an arresting intro played by Indian violinist L Shankar on a double-necked violin, while McCulloch, picturing the group running a gauntlet of dangers, asserted his band’s belief that their only competition was themselves: “Conquering myself until/I see another hurdle approaching/Say we can, say we will/Not just another drop in the ocean.”

Encapsulating everything Echo And The Bunnymen had worked towards since the release of Crocodiles, The Killing Moon was five minutes of neo psychedelia, streaked with gothic dread and held together by the group’s own DIY jerry-rigging (that distinctive backwards reverb came from turning the tape over when they began adding effects to the recording). Layers of cello and Kerzweil keyboard washes added to the song’s uniquely portentous vibe, with McCulloch walking a tightrope between nocturnal doom and romantic damnation (“Up in your arms too late to beg you/Or cancel it, though I know it must be/The killing time”). Topping our list of the best Echo And The Bunnymen songs, The Killing Moon is, by Will Sergeant’s own admission, such a defining tune, it’s “almost like the only thing we’ve ever done”. But what a thing to be remembered for.

Buy Echo And The Bunnymen vinyl at the Dig! store.