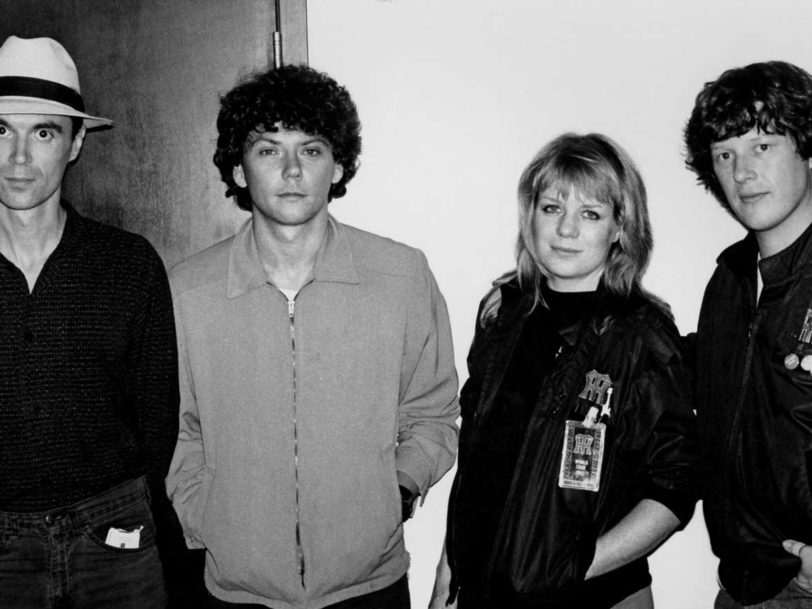 How Did I Get Here? 10 Talking Heads Facts You Probably Didn’t Know

Think you know everything about New York City’s new wave royalty? Here are ten Talking Heads facts that may surprise you…

Talking Heads might have been one of the most beloved bands of the 80s, influencing generations of musicians with their unique way of seeing the world and their forward-thinking fusion of genres, but there’s still plenty about the arty New York City group that you might not know. Here are 10 lesser-known Talking Heads facts…

1: Arthur Russell features on an alternative take of ‘Psycho Killer’

Back in 2013, a New York exhibition devoted to the avant-garde composer and songwriter Arthur Russell used a selection of rare recordings featuring the cult musician. Among them was an alternate version of Talking Heads’ Psycho Killer, on which Russell provides wild cello flourishes. The take was already known to true Heads devotees as it had featured on the 2006 reissue of the group’s debut album, Talking Heads: 77

2: Talking Heads’ none-More-New-York second album was recorded in The Bahamas

1978’s More Songs About Buildings And Food might have become synonymous with the gritty post-punk sounds emerging from New York in the late 70s, but it was actually recorded at Compass Point Studios, Nassau, in The Bahamas. It was a million miles from the grime of NYC, as drummer Chris Frantz recalled in his 2020 memoir, Remain In Love: “It was heavenly with poinciana, bougainvillea, and jacaranda, all in bloom. I had never been to a tropical island before, and I was thrilled.”

3: The lyrics of I Zimbra are an adaptation of a Dadaist poem

The opening track of Talking Heads’ third album, 1979’s Fear Of Music, represented a breakthrough for the band, with producer Brian Eno encouraging them to push in a new direction influenced by funk and Nigerian highlife music. When it came to lyrics, though, they were stuck, until Eno suggested that Byrne adapt a poem by Hugo Ball – the German poet who wrote the Dada manifesto – called Gadji Beri Bimba. The infectious, surreal nonsense suited the track perfectly, and a new era for Talking Heads began.

4: Dancer Toni Basil co-directed the videos for Once In A Lifetime and Crosseyed And Painless

Though she’s best known for her 1981 worldwide smash hit, Mickey, Toni Basil had a long and extremely successful career in dance and film choreography, working with David Bowie, Elvis Presley, Frank Sinatra, Quentin Tarantino, Jack Nicholson and many more. In early 1981, she collaborated with David Byrne on the iconic video for the Remain In Light single Once In A Lifetime. Basil and Byrne studied films of evangelical preachers, religious sects and people in apparent states of spiritual ecstasy to develop an unforgettable dance style for Byrne. Filmed on a low budget and featuring only the Talking Heads frontman, it remains an edgy and unforgettable video.

5: Chris Frantz and Tina Weymouth played to the largest audience of their career in Brazil… as part of The B-52s.

As touring partners and kindred musical spirits, Talking Heads had established a close bond with the Athens, Georgia, outfit The B-52s. David Byrne was set to produce the band’s third album, but when sessions didn’t go according to plan, the songs they worked on together were released as the 1982 EP Mesopotamia. A couple of years later, The B-52s called on Chris Frantz and bassist Tina Weymouth to play with them at the enormous Rock In Rio festival, in Brazil. The group played twice in two days on a bill including Queen, The Go-Go’s and Yes. Their first set was in front of an estimated audience of 350,000, with 1.4 million people estimated to have attended the event over the weekend.

6: The Smiths’ guitarist Johnny Marr plays on Nothing But Flowers

For their eighth and final album together, 1988’s Naked, Talking Heads returned to the jam-based way of writing that had served them so well in the early 80s, cooking up a bunch of tracks at home in New York before heading to Paris to record the album with a cast of international musicians. One of those was guitarist Johnny Marr, who contributed to the sessions just a month before leaving The Smiths. Marr’s most notable appearance is on the joyous, Afrobeat-infused single Nothing But Flowers, which also features English singer Kirsty MacColl.

In 1996, Talking Heads drummer Chris Frantz, guitarist and keyboardist Jerry Harrison and bassist Tina Weymouth got back together and recorded the album No Talking, Just Head under the name The Heads. In David Byrne’s absence, the group employed an eclectic range of guest vocalists, including Blondie’s Debbie Harry, R.E.M.’s Michael Hutchence, Happy Mondays’ Shaun Ryder, Maria McKee and Andy Partridge of XTC. The project was short-lived, though the band undertook a US tour in the autumn of 1996.

8: David Byrne has a parallel career as an advocate of cycling

While David Byrne’s passion for cycling might have drawn derision in New York in the late 70s and early 80s, the passing years have seen the world fall into step with Byrne’s thinking on the benefits of two-wheeled travel. In 2008 he designed a series of bicycle racks for the streets of New York, and the following year he published Bicycle Diaries, a book in which he uses his travels around the world on a folding bicycle as a jumping-off point for a series of typically witty and curious observations on modern living.

9: Tina Weymouth once called a limo for James Brown after a case of mistaken identity

In Remain In Love, Chris Frantz recounts an encounter with the mercurial James Brown after Frantz and Weymouth crossed paths with the funk pioneer while he was recording 1988’s I’m Real album at Sigma Sound Studios, New York: “He was in good spirits and when Tina asked him how it was going he said, ‘Going great! You know, you are all my children.’ Then his assistant, thinking she must work for the studio, gave Tina a piece of paper with a phone number on it and told her to call Mr Brown’s limo for him. Tina did so with pleasure. After all, it’s not every day you get to do something in return for the Godfather Of Soul.” Franz and Weymouth had previously namechecked James Brown in their 1981 Tom Tom Club hit, Genius Of Love.

10: David Byrne only officially became a US citizen in 2012

David Byrne was born in Dumbarton, Scotland, in 1952 and, though he has lived in the US since he was eight, he didn’t apply for dual citizenship until being challenged at a polling station when casting his vote in the US presidential election of 2012. “I’d been occasionally voting before that,” he admitted to The Guardian in 2018. “I naively thought it was legal and they never cross-checked. Then eventually they looked at my ID and said: ‘You can’t vote!’ So I said, OK, I’ve gotta go through this whole thing now.”