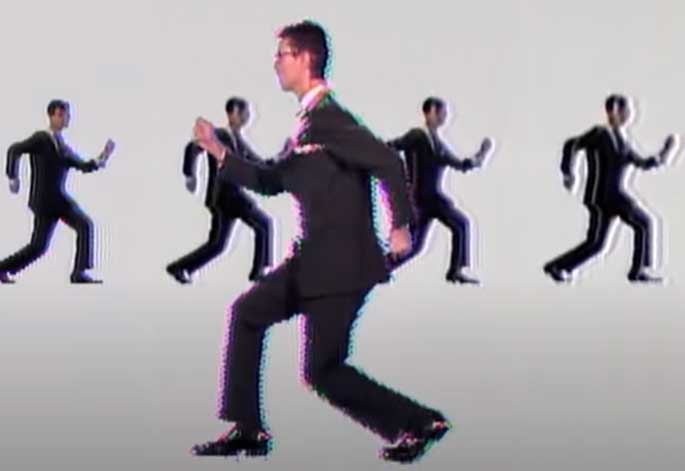 Once In A Lifetime: How Talking Heads Discovered New Frontiers For Pop

Talking Heads’ defining song, Once In A Lifetime opened a new chapter for music. Little has sounded like it since.

As the 80s began, the future of Talking Heads was uncertain; that they would soon record their defining song, 1981’s Once In A Lifetime, would have seemed impossible to a group then on the verge of burning out.

In Remain In Love, Chris Frantz’s 2020 memoir, the drummer remembers talking to a journalist on 19 December 1979, following the final gig of their tour in support of their third album, that year’s remarkable Fear Of Music. “He opened with the question, ‘What are you going to do now that David [Byrne, singer] is leaving the band?’ David had already spoken to him privately and told him this. Tina [Weymouth, bassist] and Jerry [Harrison, guitars and keyboards] and I explained to the journalist that we knew nothing about it and left it at that. Everyone was exhausted.”

The group took some time to take stock and explore individual solo projects and interests. David Byrne used his downtime to work with Brian Eno (who’d produced the previous two Talking Heads records) on the groundbreaking album My Life In The Bush Of Ghosts, eventually released in February 1981. Meanwhile, Weymouth and Frantz took a long holiday in the Caribbean, where they pondered the group’s future and soaked up musical influences that would set them in good stead. Feeling Byrne had become too controlling, they looked to redress the balance; rather than rely on their frontman bringing material to the group, Weymouth and Franz suggested they emulate the music that was exciting them – early hip-hop, Fela Kuti’s Afrobeat grooves, West African highlife pop – and embark upon jam sessions, with the intention of “sampling” themselves and working the results up into new material.

“You could dance to it!”

Frantz and Weymouth invited Harrison to their New York loft for informal jams, recorded on Frantz’s boombox. When it became apparent they had the beginnings of some promising tracks, they reached out to Byrne and Eno, both of whom had previously told Frantz they were not interested in making another Talking Heads record. Once the reluctant pair had been separately coaxed over and joined in, things began to get interesting. “By nighttime we took a break to listen back. You could hear all kinds of interesting parts germinating, mutating and evolving,” Frantz recalled. “There was no denying that Talking Heads still had a great chemistry going on and the beats were good. You could dance to it!”

Excited by the loft jams, recording sessions were booked at Compass Point, the studio where Talking Heads recorded their second album, 1978’s More Songs About Buildings And Food, in Nassau, The Bahamas.

“The song has two centres of gravity”

One of those jams, a hypnotic and relentless instrumental called Right Start, might very well have been abandoned. Instead, it was worked up to become one of the best Talking Heads songs of all, the transcendent Once In A Lifetime. Talking to NPR for a 2000 edition of All Things Considered, Brian Eno revealed that he “immediately misheard it and I still mishear it to this day, I always think the one of the bar is in a different place from them. This might seem like a rather irrelevant technical point but actually it means that the song has a funny balance within it, it has two centres of gravity – their one and my one.” This unusual quality, along with the insistent bassline – played by Weymouth after she thought she heard Frantz shouting the riff at her during a session – made Byrne think it had potential for lyrics. The song was saved from the discard pile.

And what lyrics they were. Byrne had become increasingly interested in the end-of-days rhetoric of evangelists and looked to channel that energy, as he told NPR: “So much of it was taken from the style of radio evangelists. So I would improvise lines as if I was giving a sermon in that kind of metre. In that kind of hyperventilating style. And then go back and distil that.”

While many have interpreted the lyric as an extended jab at the materialistic 80s, Byrne himself has suggested the song implores the listener to take stock of their lives. “We’re largely unconscious. You know, we operate half-awake or on autopilot and end up, whatever, with a house and family and job and everything else. We haven’t really stopped to ask ourselves, ‘How did I get here?’”

While Once In A Lifetime, which received a single release on 2 February 1981, was an obvious high point on the album that emerged from those sessions, 1981’s Remain In Light, the song’s video lodged it firmly in the public consciousness. Choregraphed by Toni Basil (of Hey Mickey fame, who also co-directed the promo clip with Byrne), the video featured a suited and bespectacled Byrne dancing like a possessed marionette, his moves inspired by archive footage of “preachers, evangelists, people in trances, African tribes, Japanese religious sects”. Once it was picked up by MTV (which launched ten months after Remain In Light’s release), it became hailed as one of the best music videos of all time – a stark visual inseparable from the song.

But none of this would have happened had Talking Heads not changed their way of working. In starting a new chapter of their career, epitomised by Once In A Lifetime, they opened up new frontiers for pop music. Little has manged to sound quite like it since.

For a true lifetime’s achievement, check out our 20 best Talking Heads songs 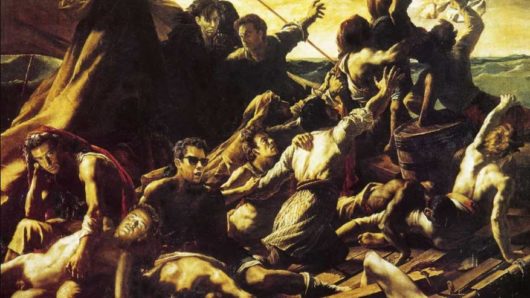 Rum Sodomy & The Lash: Inside The Pogues’ Pivotal Second Album

With Shane MacGowan setting the pace, ‘Rum Sodomy & The Lash’ marked the point where The Pogues’ greatness came to fruition. 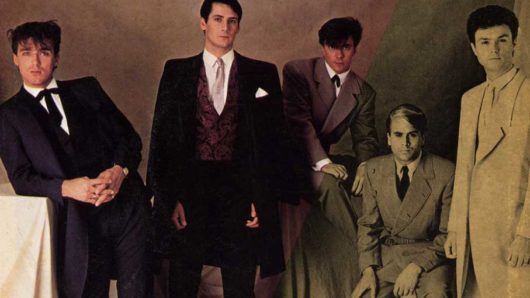