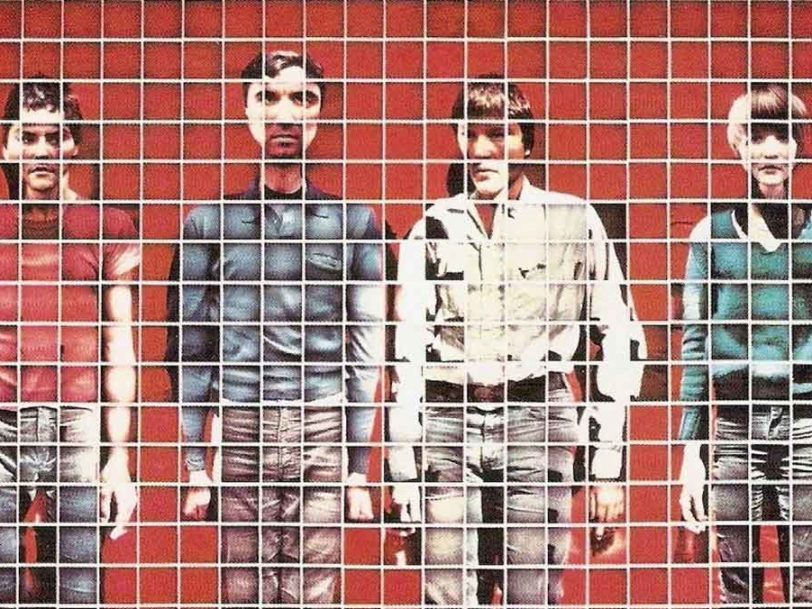 With Brian Eno’s encouragement, Talking Heads embraced funk and African music to set themselves apart from their contemporaries.

While Talking Heads gave notice that they stood apart from New York City’s punk pack on their 1977 debut album, Talking Heads: 77, it was their second record, 1978’s More Songs About Buildings And Food, that proved to be their great leap forward. Marking the beginning of a working relationship with producer Brian Eno, the ideas they began to explore here would result in a string of albums that revolutionised alternative rock, as the creative unit looked to Africa and South America for inspiration.

Listen to ‘More Songs About Buildings And Food’ here.

“Our playing was very tight and well-rehearsed”

Talking Heads met Brian Eno towards the end of a European tour in support of Ramones in the spring of 1977. Four years on from leaving Roxy Music, the producer was in the middle of a purple patch: he’d produced David Bowie’s Low just months earlier and was in the middle of working on his own fifth solo record, Before And After Science, which would be released that December. When Eno caught a Talking Heads show in London, he invited the group to lunch the next day, which ended up becoming a listening session, with Eno turning them on to Fela Kuti’s West African funk – an influence that would become a touchstone for the group over the next few years.

Once they’d established that relationship, Eno was the natural choice to produce what would become More Songs About Buildings And Food. Sessions began in March 1978 at Compass Point Studios, founded by Chris Blackwell, the owner of Island Records, and located on the island of New Providence in the Bahamas. The setting was idyllic and the sessions went smoothly, according to drummer Chris Frantz’s 2020 memoir, Remain In Love: “The songs we were about to record had all been written long before, mostly before even Jerry [Harrison, guitarist] joined the band. We had been performing them live on tour. Our playing was very tight and well-rehearsed.”

“We were all on cloud nine”

“The mood was very upbeat throughout the sessions,” Frantz continued. “We were all on cloud nine – including Brian – and the energy level was high. We sailed through the recording of the basic tracks in the first ten days. We did multiple takes, but usually chose the second or the third as the final. Brian only requested two changes in our song arrangements. One was to delete what he called ‘the Woodsman section’ of Stay Hungry, where he said David sounded like a lumberjack yelling ‘TIIIMBER!’ in a forest, and he was right about that. It did sound better without that part. The other suggestion was to try playing our cover of Al Green and Teenie Hodges’ Take Me To The River as slowly as we possibly could without losing the groove. He was right about that, too. The slowed-down section was far sexier and had an almost underwater quality that we all loved.”

Take Me To The River was a watershed moment for the group, both in terms of its commercial success and creative breakthrough. It showed that they were capable of playing the music they had long loved – Tina Weymouth’s bass playing was a slinky delight and Frantz’s drums provided an understated strut – while frontman David Byrne’s vocals provided the rogue element that made it their own. Whooping, barking, slurring, crooning and dragging phrases out in an idiosyncratic and compelling performance that never feels contrived, Byrne comes on as a parallel-universe soul man, pulled along by the musical tide. Released as More Songs About Buildings And Food’s only single, it reached No.26 in the US – by far their biggest hit to date.

“The effects worked really well and gave the songs edge”

Elsewhere, the material the band had honed on the road showed a clear development from Talking Heads: 77, helped along by Eno’s preoccupation with accentuating the rhythmic side of their music. Thank You For Sending Me Angel, With Our Love, The Girls Wants To Be With The Girls, Found A Job, I’m Not In Love and Stay Hungry take the jerky disco leanings of that debut and add some real heft and momentum, giving the album a relentlessly funky backbone. Meanwhile, The Good Thing showed a lightness of touch that revealed the growing influence of Ghanaian highlife, and the swooning beauty of The Big Country revealed Byrne’s hitherto untapped knack for creating heart-tuggingly melodic odes to detachment. Both would come in very handy on future albums.

Frantz credits the production team of Eno and engineer Rhett Davies for steering the sessions and the final sound: “Brian would be the first to tell you that he was not a real musician,” the drummer later wrote. “He was an idea man who communicated his thoughts in the most eloquent English we had heard in a long time. On this album, after the recording of the basic tracks, his production style really came to the fore during the mixing. We loved the effects that he had created with his treatments of our sounds. They worked really well and gave the songs an added edge. We also loved the mixes that Rhett, his favourite engineer, achieved with only a little direction from Brian. We developed a great rapport with them and I felt that there was genuine mutual respect amongst ourselves. We laughed a lot together, because we were enjoying ourselves.”

Originally released on 14 July 1978, More Songs About Buildings And Food still sounds like an album by a group in love with the possibilities of music, recorded at that delicious moment when their horizons were beginning to widen before them. The next few years would see Talking Heads deliver on the potential it hinted at – and then some.

Check out our best Talking Heads songs to see which ‘More Songs About Buildings And Food’ tracks made the cut.