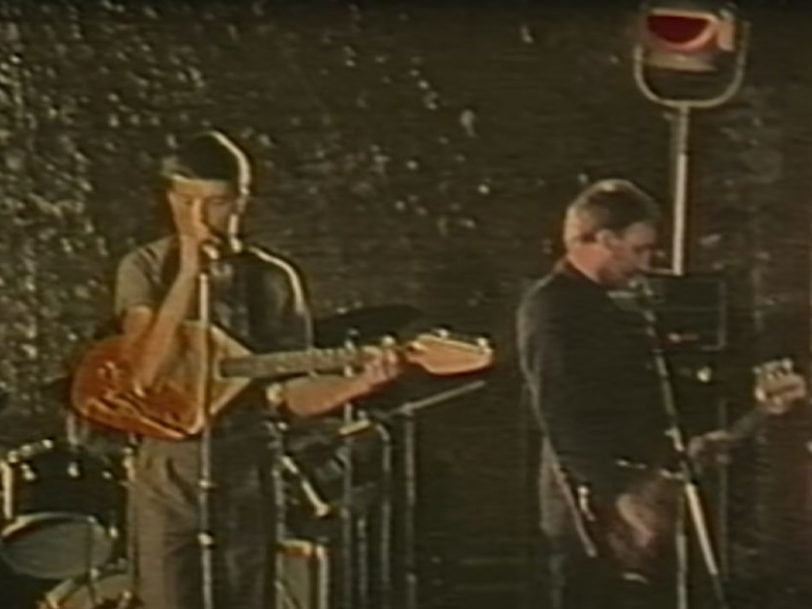 1: They were originally called Warsaw, in homage to the David Bowie song Warszawa

During their earliest rehearsals, the embryonic Joy Division were called Stiff Kittens, but, as David Bowie’s Low was one of their favourite albums, they changed their name to Warsaw, in homage to the record’s otherworldly near-instrumental song Warszawa. The group had only just become Warsaw – a name that also lent itself to the opening track on their An Ideal For Living EP – when they made their live debut, supporting Buzzcocks and Newcastle punks Penetration at Manchester’s Electric Circus on 29 May 1977.

2: They almost lost drummer Stephen Morris to The Fall

While still Warsaw, the band played with several short-term drummers before Stephen Morris joined and their classic line-up fell into place in August 1977. However, they nearly missed out on recruiting their ideal fourth member as Morris spotted no less than three “drummer wanted” adverts in his local Macclesfield music shop.

One of the other groups hiring was The Fall, but as Warsaw’s contact was local (Ian Curtis had left his home number with the ad), Morris decided to call Warsaw first. He was glad he did. “I’d had a lot of, ‘Don’t call us, we’ll call you,’ but it was really weird with Warsaw. Everything just clicked,” he said in a 2019 Record Collector feature.

3: Ian Curtis named his dog after one of The Velvet Underground’s best songs

Before Ian Curtis’ baby daughter, Natalie, was born, he and his wife, Deborah, lived at home with a dog called Candy, which Ian named after The Velvet Underground’s classic song, Candy Says. The couple acquired Candy after Deborah’s previous dog, Tess, had to be put to sleep. Candy was a border collie and they got her from a local animal sanctuary.

According to Deborah, Ian readily volunteered to walk Candy. She wrote in her book, Touching From A Distance: “I can still see them together – a lanky young man being pulled along, arm outstretched, by a panting, over-excited dog.”

4: Joy Division played to an audience of one at an early gig in Yorkshire

Once they’d rebranded as Joy Division and began playing outside of Manchester, the band built up a strong following in a number of Yorkshire cities, including Leeds, Sheffield and Bradford. However, in arguably the most surprising of Joy Division facts, the group once performed a live show to just one person at The Coach House in Huddersfield, West Yorkshire, in September 1978. “It was diabolical, Peter Hook recalled in his book, Unknown Pleasures: Inside Joy Division.

Joy Division’s image is arguably defined by photographer Kevin Cummins’ legendary image of the group standing in the snow in the distance on Manchester’s Princess Parkway in January 1979. However, necessity was the mother of invention on the day. “I only had two rolls of film, as that was all I could afford, so I had to make every frame count,” Cummins told The Guardian in 2011. “There were three takes of this setup: one upright and two horizontal. Every few minutes they were complaining about the cold.

“It was a totally different city back then. It looks like Eastern Europe. I’ve noticed that when students move to Manchester they have their picture taken on the bridge. It’s an honour that people feel the photograph defines the city and the band.”

6: Island Records tried their best to sign the group

Highly impressed by Joy Division’s debut album, Unknown Pleasures, Island Records’ then-recently recruited A&R man Nick Stewart headed to Manchester to meet the Factory Records team with a view to signing the band. The meeting was genial enough, but Stewart was nonetheless rebuffed by the band’s manager, Rob Gretton, who made it clear Joy Division weren’t for sale. His journey wasn’t entirely wasted, however, as he secured fellow Factory act The Distractions’ services for Island – and he then went on to sign U2.

7: Martin Hannett drove the band (and himself) crazy mixing Love Will Tear Us Apart

The timelessness of Joy Division’s signature hit speaks eloquently for itself, but achieving the song’s full potential almost drove the band and their mercurial producer to distraction. After everyone rejected the original recording from Oldham’s Pennine Studios in January 1980 (that version later appeared on the single’s flipside, and on the compilation album Substance), the band tried again. Extremely fraught sessions at Stockport’s Strawberry Studios resulted in the official version of Love Will Tear Us Apart, but producer Martin Hannett still wasn’t able to let it go.

“He was never satisfied with the mix,” Peter Hook wrote in Substance: Inside New Order, shining a light on one of the more amusing Joy Division facts. “He would redo the mix every time he could. It only ended when Tony Wilson told all the studio owners in England that he would not pay for any more mixes done on that song, anywhere.”

A keen interest in electronics and punk’s DIY spirit convinced Joy Division’s guitarist to buy the components to build a Powertran Transcendent synth from a kit supplied through Electronics Today magazine, and his diligence paid dividends. “The Powertran actually worked,” Stephen Morris wrote in his memoir, Record Play Pause. “Better than that, it sounded incredible.” Sumner and Morris’ fascination with gadgets led to the band acquiring an ARP Omni synth for Joy Division’s Closer album, and then embarking on a quest to fuse rock with electronica which has continued throughout New Order’s career – and changed the course of rock music forever.

9: Gillian Gilbert played live with Joy Division on one occasion

“[Promoter] Roger Eagle had given us a crate of beer and Barney [Sumner] and Rob [Gretton] had been play-fighting, messing about with beer bottles,” Peter Hook recalled in his memoir, Unknown Pleasures. “One of them cut a finger – just our luck it was Barney, who couldn’t play the gig because of it. I think it was Rob suggested Gillian join us on guitar, because she’d played guitar in [local band] The Inadequates.”

10: They gave two of their greatest songs away for an obscure, limited-edition EP released only in France

Joy Division’s handshake deal with Factory Records meant they were free to release material on other imprints if they so desired. Accordingly, after one of Ian Curtis’ favourite bands, Throbbing Gristle, issued a limited-edition EP through a small French indie label, Sordide Sentimentale, Rob Gretton struck a similar deal for a Joy Division release. The EP, known as Licht Und Blindheit, was a mail-order only affair limited to just 1,578 copies, and yet it featured two of the band’s greatest songs, Atmosphere and Dead Souls.

The record’s rarity status meant most Joy Division fans were forced to tape the songs off John Peel, though after Ian Curtis’ death, Factory reclaimed and reissued them both – Atmosphere on a 12” single coupled with an extended, re-recorded version of She’s Lost Control, and Dead Souls on the posthumous collection Still. 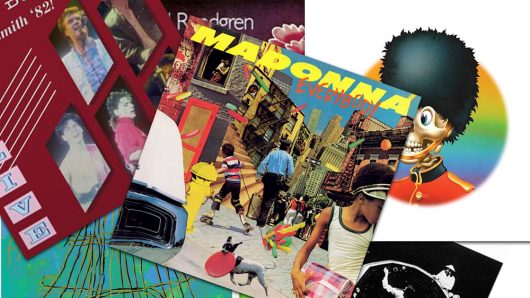