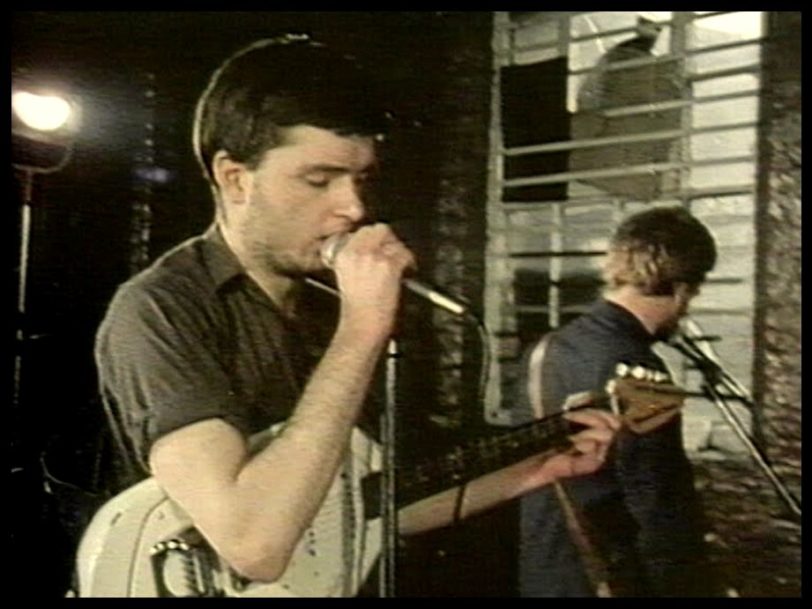 Though initially overshadowed by Ian Curtis’ tragic suicide, Love Will Tear Us Apart is a truly life-affirming piece of introspective pop.

Joy Division’s signature hit, Love Will Tear Us Apart, represents both triumph and tragedy. Arguably the band’s greatest achievement, it’s a shimmering beauty of a song with a timeless allure, yet it also stands as the group’s epitaph. By the time it saw release and sailed into the UK Top 20 in the summer of 1980, frontman Ian Curtis had taken his own life and Joy Division no longer existed.

“I was just playing around with a riff”

Four decades after its initial release, Love Will Tear Us Apart is widely accepted as one of rock and pop’s classic singles, yet it had the lowliest of births. It’s been well documented that Joy Division didn’t own a tape recorder with which they could document their rehearsals, and it was only after Peter Hook hit upon the song’s gloriously melodic bassline and Ian Curtis alerted the band to its worth during one such low-key session that they began piecing the song together.

“I was just playing around with a riff and Ian spotted the melody,” Hook recalled in a 2020 interview with Louder. “He jumped on it and he was saying, ‘That’s good, that’s good… now Steve [Morris], put some drums on.’ It was the way we always wrote. Ian didn’t write the music, but he’d always spot the best bits.”

Nonetheless, while Curtis felt the embryonic song had something special, his bandmates weren’t entirely convinced.

“Our favourites were ballsy and angsty”

“It’s a funny song for us, because it was quite poppy, a contrast to the rest of the Joy Division stuff,” Hook reflected. “We weren’t that struck with it. The ones that were our favourites were ballsy and angsty, like Shadowplay or Transmission. Love Will Tear Us Apart was fragile and a lot lighter. We knew it was good, but not great.”

Sonically, though, the song marked a significant advancement for the Manchester quartet. Instead of his trademark guitar, Bernard Sumner complemented Hook’s superb basslines by playing the soaring melodies on his ARP Omni synth, while Curtis picked up his guitar and strummed a simple D major chord during the song’s dramatic build-ups.

The singer also added a lyric rich in resignation and sadness. Yet while his words are generally believed to relate to his failing marriage (“Why is the bedroom so cold?/Turned away on your side”) and his parallel relationship with Belgian girlfriend Annik Honoré, Jon Savage’s Ian Curtis biography, So This Is Permanence, later cast doubt on whether the song was entirely autobiographical, revealing that Curtis had worked on numerous lyrical variations. As the singer’s widow, Deborah Curtis, told The Guardian, “I don’t know how much is fiction and how much is reality.”

“To say there is some tension is an understatement”

Wherever the truth lay, we do know Curtis honed a finely wrought lyric for Love Will Tear Us Apart and matched it with one of his most consummate vocal performances. Curtis’ emotive croon was believed to have been influenced by Factory Records boss Tony Wilson lending him a set of Frank Sinatra albums prior to the recording sessions.

Nailing the song’s definitive performance, however, proved far more complicated. As the studio version the band cut in November 1979 for their second John Peel session reveals, Love Will Tear Us Apart was initially a lot faster, with Stephen Morris’ disco-flecked drumming hurrying the song’s sinewy groove along. The band stuck with this framework when they performed it live, but when they attempted to officially record it as their next single, at Oldham’s Pennine Studios in January 1980, they were underwhelmed with the results.

Having modified the arrangement, Joy Division reconvened with producer Martin Hannett at Stockport’s Strawberry Studios to try again two months later. This time, the recording was sublime, but completing it meant the band had to negotiate Hannett’s Phil Spector-esque quest for perfection. Peter Hook recalls the producer “constantly remixing – he was obsessed with it”, while Stephen Morris all too vividly remembers the mercurial Hannett telephoning him and recalling him to re-do his snare drum work – at an unearthly 4am one morning.

“I was furious, but being the soft git that I am, I obeyed, got dressed and drove back up to the studio,” Morris wrote in his memoir, Record Play Pause. “There, I very, very angrily took out my rage on the drums. It’s a great song and a great production, but to this day I cannot listen to Love Will Tear Us Apart without re-experiencing the fury I felt pounding that poor snare drum to within an inch of its life. To say there is some tension in that recording is a masterstroke of understatement.”

“It’s genuine, it’s real… it’s one of the most beautiful love songs ever”

In retrospect, Hannett’s arcane methods were justifiable, as his production was magnificent. He perfectly captured the song’s melancholic ebb and swell, and even the minute detail – such as the way he made the outro hint at the melody from The Crystals’ Then He Kissed Me – added an extra sprinkling of magic to an already transcendent pop song.

Fans and critics alike agreed when Love Will Tear Us Apart was released on 7 June 1980. With help from heavy airplay from John Peel, and the music press hailing it as a masterpiece, the song shot to No.13 in the UK charts and was later named 1980’s Single Of The Year by NME.

Eventually going platinum in the UK, Love Will Tear Us Apart has since lent itself to cover versions by artists as disparate as Swans and Paul Young, and it continues to win awards, with NME hailing it as the Best Single of All Time in 2002. Tragically, Ian Curtis didn’t live long enough to see the impact the song would have, but, post-Joy Division, New Order have reintroduced it to their live set, where it sits as a firm standout on the live album education entertainment reaction.

“Love Will Tear Us Apart has proved to be one of the most enduring songs we’ve ever written, if not the most,” Bernard Sumner reflected in his memoir, Chapter And Verse.

“It’s not a love song for the sake of it, it’s no vacuous paean to pretend heartbreak or anything like that. It’s genuine, it’s real and it swings back and forth between full-blown power and reflective introspection. I think it’s one of the most beautiful love songs ever written.”

Find out where Love Will Tear Us Apart ranks among our best Joy Division songs.