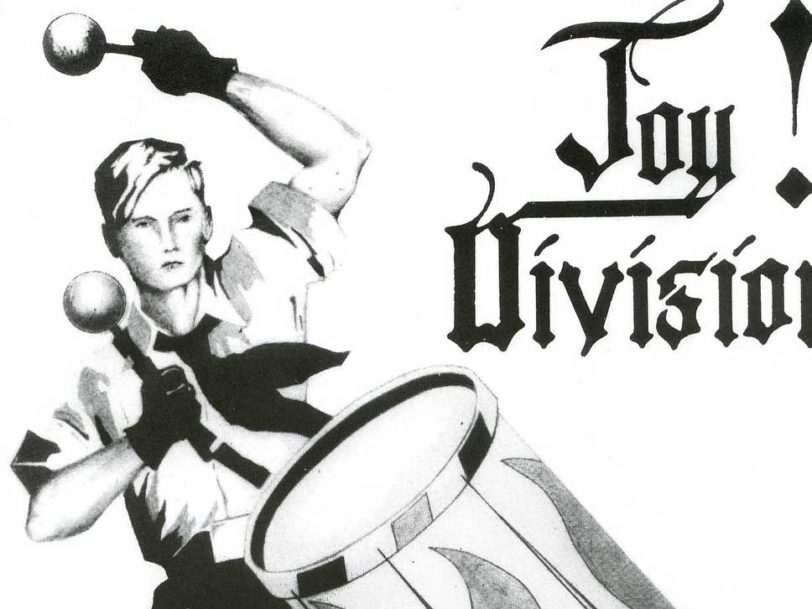 Compared to their legend-enshrining albums, Unknown Pleasures and Closer, plus the deathless anthem Love Will Tear Us Apart , Joy Division’s debut release, the four-track An Ideal For Living EP, was raw and rudimentary. Yet it also showed real promise and served notice that its creators were already on the road to far greater things.

“The feel of jazz with the power of punk”

An Ideal For Living first saw official release on 3 June 1978, but by then it had a chequered history. In fact, its roots can be traced back another 12 months, to the summer of 1977, when Joy Division were still trading under their original name, Warsaw.

Galvanised by catching Sex Pistols’ legendary Manchester shows at both the Lesser Free Trade Hall and the Electric Circus, Warsaw made their live debut (also at the Electric Circus) supporting local punk luminaries Buzzcocks on 29 May 1977. From the beginning they featured vocalist Ian Curtis, guitarist Bernard Sumner and bassist Peter Hook, but hanging onto drummers initially proved problematic. The fledgling band only really took shape after Stephen Morris settled in behind the kit in the late summer of 1977.

Describing their first rehearsal together, at the Abraham Moss Centre in Manchester’s Cheetham Hill, in his book, Unknown Pleasures: Inside Joy Division, Hook recalled, “Steve was an absolute revelation. He had all that power that we were looking for but with a texture we hadn’t heard before. Most drummers just hammer it out, but Steve was playing the drums. You could tell he’d played with a jazz trio previously because he’d somehow combined the feel and intricacy of jazz with the power and energy of punk.”

“A cross between Bowie’s ‘Low’ and Iggy’s ‘The idiot’”

By the time Morris was recruited, Warsaw had made a sketchy first demo with a view to getting more gigs, but they knew they needed a more permanent document of their music. Spurred on by the success of Buzzcocks’ self-released Spiral Scratch EP (which eventually sold over 16,000 copies and landed the group a deal with United Artists), Warsaw, too, thought they could go the DIY route and release a record on their own label.

Financing the project required an element of subterfuge, as Ian Curtis raised the £600 needed to record the EP through a bank loan, saying that he and his wife, Deborah, wanted to use the cash for home improvements. In reality, the band used the money to pay for an all-in deal at Oldham’s Pennine Studios which included the services of the studio’s in-house engineer and the pressing of 1,000 singles with blank sleeves.

Early in October 1977, Warsaw headed to the studio. Manchester-based author Paul Morley (then a highly regarded NME writer) had expressed interest in producing, but he failed to show on the day, so the band produced the EP themselves. Though lacking in studio expertise, they knew they wanted An Ideal For Living to reach beyond the three-chord confines of punk.

“The session turned out so easy”

“We decided we wanted something a bit like a cross between [David] Bowie’s Low and Iggy Pop’s The Idiot,” Stephen Morris wrote in his memoir Record Play Pause. “We’d done some research and it seemed the Low drum sound [came about] through putting the snare through a harmoniser. Low’s producer Tony Visconti described the Eventide Harmoniser as a box that ‘fucks with the fabric of time’. Everyone home should have one – but when we asked the engineer, sadly Pennine Studios didn’t!”

Completed in just a matter of hours, An Ideal For Living sounds formative. Typical of a release dating from 1977, Warsaw (the song) and the frenetic Failures are fast punk workouts, whereas Leaders Of Men and the tense, intriguing No Love Lost offer more tangible clues as to where the band would soon be heading. The latter track – which also included a neat, guitar-panning effect – was the pick of the bunch and it was further accentuated by Curtis adding a spoken verse in which he read an extract from holocaust survivor Yehiel De-Nur’s novel, House Of Dolls.

As Peter Hook later recalled, though, the band wasted little time over further sonic embroidery, as they didn’t have the wherewithal.

“The session turned out so easy, because we had the material, we were working well together and we didn’t know enough about the recording process to be difficult,” the bassist said. “All the four tracks were played live, and the vocals were overdubbed at the end. Then we sang the backing vocals together, me and Ian, and that was it.”

“It was a floor-clearer par excellence”

Disappointingly for the band, their naïveté in the studio came back to haunt them when it came to both the An Ideal For Living cover and the record’s sound quality. Bernard Sumner designed the sleeve for the 7” edition of the EP; featuring a striking image of a Hitler Youth banging a drum, it backfired on the band. Despite having no political affiliations whatsoever, Warsaw were accused of supporting Nazism. They then discovered the record sounded terrible as they’d chosen to cram two lengthy tracks on both sides of a 7” disc. Unbeknownst to the inexperienced musicians, the narrow grooves significantly neutered the sound quality.

“The worst thing was when we all trooped into [Manchester nightclub] Pip’s and demanded the DJ play it there and then,” Stephen Morris remembered. “He got about halfway through the first track before realising it was a floor-clearer par excellence – and swiftly replaced it with The Clash!”

The band’s chagrin was further compounded when they discovered there was a band doing the rounds in London named Warsaw Pakt. Turning back to the House Of Dolls novel, they thus rebranded themselves Joy Division early in 1978. In the cold light of day, it’s an evocative name, but the fact they took it from a novel about World War II concentration camps (“Joy Divisions” were the wings effectively housing women forced into prostitution) only added fuel to the fire after the recent Nazi accusations.

Fortunately, however, salvation was just around the corner. Not only did the band’s live reputation improve over the next few months, but their image problems quickly dissolved after they appointed Rob Gretton as manager in the spring of 1978.

“You can really hear how we’d developed”

“One of the first things Rob did was recover the masters for An Ideal For Living,” Peter Hook later recalled. “He re-pressed the record as a 12” with a different cover – a picture of some scaffolding on [Manchester’s] King Street – solving both the sound and Nazi image problems. Next, he persuaded Tosh Ryan of [local indie label] Rabid Records to buy and distribute the rest of the original 7” EPs, along with the 12” edition, paying us up front. In one fell swoop, Ian’s loan was paid off, too.”

Accordingly, the 7” edition of An Ideal For Living was officially released on Joy Division’s own Enigma label in June, with the notably sonically improved 12” following in October that same year. By that time, Joy Division had already hooked up with producer Martin Hannett and Factory Records founder Tony Wilson, and, as January 1979’s A Factory Sample EP would shortly reveal, they were now swiftly evolving. Yet they knew they couldn’t have reached that stage without the learning curve provided by An Ideal For Living.

“Listening back to the EP, you can really hear how we’d already developed, though I’m amazed by how fast we played, we still had that punk thing going on,” Peter Hook later reflected.

“I was especially struck by No Love Lost, but I think you could point to that whole EP as where Ian began to find his feet in both writing and singing. All the experiences he’d had with the band, reading voraciously, getting into Iggy Pop… it was shaping him into the writer he became, which was arguably one of the best lyricists ever. The songs seemed to flow out of him, and he didn’t put a foot wrong after that point. He didn’t write a bad lyric after An Ideal For Living right up until his death.”

Check out our best Joy Division songs to hear just how far the band did develop.