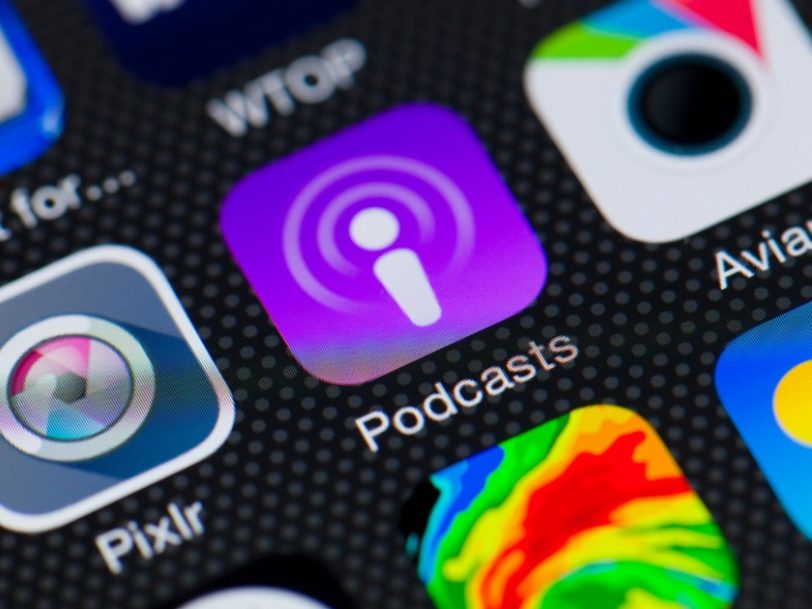 The world of podcasts is bigger than it’s ever been, and it now caters to almost every niche obsession or hobby imaginable. Searching among thousands of titles for something to listen to can be a daunting task so, to lighten the load, here are the 20 best music podcasts we think you need to hear. From classic interviews with music legends, to in-depth discussions on production and overviews of the careers of iconic artists, there really is a music podcast to suit everyone’s interests.

Musician Hrishikesh Hirway talks to artists across various genres, ranging from Hans Zimmer discussing his score for the sci-fi epic Dune to Arlo Parks revealing the story behind her heart-wrenching 2020 song Black Dog. Breaking down each episode’s chosen song in detail, the featured artists cover the context, inspiration and production decisions behind their work. As one of the best music podcasts of all time, Song Exploder’s unique and engaging format has led to a Netflix documentary series of the same name, featuring the likes of Dua Lipa, Nine Inch Nails and Alicia Keys.

Hosted by music critics Steven Hyden (author of Your Favourite Band Is Killing Me) and Jordan Runtagh (writer, Rolling Stone, People magazine), Rivals unpacks the most notorious rivalries in popular music. From infamous intraband relationships (Fleetwood Mac’s Stevie Nicks and Lindsey Buckingham) to chart battles (The 1975 versus Imagine Dragons) and the inner conflicts that tear bands apart (Joy Division/New Order), this podcast has a rivalry for everyone.

Named Best Podcast Of 2018 by The New York Times, Dissect is the modern hip-hop obsessive’s podcast. Analysing one album each season, and one song per episode, host Cole Cuchna uses his degree in music composition to inform his breakdowns of some of the most groundbreaking records in the genre. Covering everything from lyrics to production, Dissect does what it says on the tin: dissecting songs down to the smallest details. Past seasons include Kendrick Lamar’s DAMN., Lauryn Hill’s The Miseducation Of Lauryn Hill and Frank Ocean’s channel ORANGE.

If you miss the days when radio was king, this might be the podcast for you. Pulling classics from Radio 4’s extensive, decades-spanning archives, including interviews and features with star guests, this is one of the best music podcasts for fans of all types of artists, from commercial stars to niche underground icons. Whether you fancy listening to Leonard Cohen reflect on his career, or Siouxie Sioux and Viv Albertine talking about women in punk, or even Peter Gabriel raving about Pakistani Qawwali singer Nusrat Fateh Ali Khan, Radio 4 On Music has you covered.

The Opus explores the ongoing legacy of iconic albums such as Miles Davis’ Bitches Brew and Bob Dylan’s Blonde On Blonde, and discusses the different ways in which they continue to grow and evolve as the years go by. This fantastically constructed podcast focuses on a different classic album in each series, and hosts rotate with the albums, providing a truly fresh insight with every episode. With guests including critics, academics and fans, it’s a great listen if you want to see your favourite record in a whole new light.

Rolling Stone Music Now gives listeners an inside look behind the magazine’s cover stories and articles, covering retrospective and current topics alike. Hosted by Brian Hiatt, a senior writer at the magazine, this podcast allows you not only to stay up-to-date on the latest music industry and pop culture goings-on, but to delve into deep cuts from Rolling Stone’s legendary archives and hear them discussed with new perspectives. It’s just like living the Almost Famous dream, only in podcast form!

Spandau Ballet’s Gary Kemp and bassist extraordinaire Guy Pratt talk to music legends about life, love, touring, rumours (and that’s not just the Mick Fleetwood episode) and everything in between. Part interview, part chatting amongst peers, and a whole lot of fun, Rockonteurs is one of the best music podcasts for fans of behind-the-scenes music history.

This podcast sees DJ Zane Lowe doing what he does best – interviewing musicians. From the obscure to the legendary, from breakthrough acts such as Lil Nas X to rock veteran Neil Young, each conversation is considered, eye-opening and engaging. If you feel nostalgic for radio but are committed to the convenience of the podcast, the almost timeless format of The Zane Lowe Interview Series is for you.

So much more than a podcast for fans of Joy Division and New Order, Transmissions is a fascinating exploration of one of the key musical phenomena of the 20th century – just how did a small group of musicians from Salford, Manchester, go on to form two of the biggest bands of all time? Hosted by Maxine Peak in an audio documentary-style format, and featuring guests including Thurston Moore, Honey Dijon and the surviving members of Joy Division/New Order, Transmissions tells the story of both groups, from the late Ian Curtis answering a “singer wanted” ad, to the drama of the Haçienda nightclub and a finale dedicated entirely to New Order’s game-changing megahit Blue Monday.

Not for the fair-weather music fan, Tape Notes is a long-playing deep dive into the process of music production. Primarily featuring contemporary artists, including Haim, Rina Sawayama and producer Dave Okumu, each episode sees the featured guests breaking down one of their albums, track-by-track, explaining the technical and sonic decisions that went into making the final product. Elevating Tape Notes among the best music podcasts is its access to early takes of what are now well-loved songs, enhancing the insight and anecdotes from the producers who worked on them.

As true-crime podcasts like Serial catapulted the format into the mainstream, it was only a matter of time before a show combined tales of depravity with music history. In DISGRACELAND, host Jake Brennan dives into alleged criminal activities and seedy goings-on throughout popular music over the past 50-plus years, from The Beach Boys’ entanglement with Charles Manson to Norwegian black metal murders. Darkly fascinating, this is one of the best music podcasts for anyone who loves true crime, music and great storytelling.

Hosted by Rivals co-host and music journalist Jordan Runtagh, this series of Off The Record goes deep into the story of how David Bowie became David Bowie. Through interviews with childhood best friends, life-long fans, musicians and ex-lovers, and driven by dramatic storytelling, Runtagh covers the full Bowie arc, from his transformation from David Jones to Ziggy Stardust and beyond. Whether you’re a superfan wanting to reaffirm your knowledge or a Bowie beginner looking for the full story, Off The Record: David Bowie is a must-listen.

Speed Of Sound looks at how artists, songs and genres go from obscurity to phenomenon. Hosted by Steve Greenberg, a Grammy-winning producer (responsible for Who Let The Dogs Out’s inexplicable rise to notoriety) and ex-label executive, this podcast combines pop music and pop culture. Greenberg tells the stories of the social, political and cultural climates that combine to help make a song a hit, and the surprising origins that have led to the rise of such musical phenomena as The Twist, disco and even The Monster Mash.

The ultimate pop podcast. With past guests including contemporary icons such as Lizzo and Charli XCX, as well as music-industry legends like Giles Martin (son of Beatles producer George), Switched On Pop has covered a broad range of subjects, all centred around pop music. Through interviews, album reviews and discussions, previous topics have included the reinstatement of the guitar in pop music, women reclaiming nu-metal, the Eurovision Song Contest and why Happy Birthday is “the worst”, providing a great representation of pop music’s multi-faceted make-up.

Comedian James Acaster talks to musicians, fellow comedians, and even his dad about his theory that 2016 was the greatest-ever year in music. During his quest to prove this, Acaster and his guests cover the most obscure genres imaginable (see Phil Wang discussing electronic Mexican folk) alongside the major album releases of the year, such as Rihanna’s ANTI and Bowie’s Blackstar. A delightful blend of comedy and music in easy 30-minute episodes, it offers a bit of light relief among the best music podcasts out there.

Host John Kennedy talks to a range of guests, including Femi and Made Kuti, who discuss their collaborative record, Legacy+, and critic Lucy O’Brien, author of She Bop: The Definitive History Of Women in Popular Music, on the music that influenced her writing. The series largely consists of interviews, with occasional longer “Album Playback” episodes in which Kennedy invites an artist or band to discuss an album of theirs at length (past guests include The 1975, Elbow and Damon Albarn).

Artists, actresses, musicians and more take a journey with Jools Holland and comedian Jim Moir (aka Vic Reeves) via various forms of transportation to discuss travel, life and their careers. A podcast with an undeniably unique concept, past guests have included designer Bella Freud, country-music superstar Brad Paisley and novelist/poet Ben Okri. Jools And Jim’s Joyride covers a variety of topics with notable names spanning across industries, yet it has found its place in our list of the best music podcasts because sometimes even we need a bit of a break from all the music talk.

This podcast does what it says on the tin. Everyone has a Beatles story, a favourite song, a favourite member, a distant connection through a second cousin twice-removed who swears they once saw Paul McCartney on a cross-country train somewhere in the UK. The hosts, Jack Pelling and Robin Allender, speak to guests across industries, including comedian and notorious music nerd Nish Kumar, and author of The Psychopath Test, Jon Ronson, about their own personal relationships with the Beatles and their music. A must-listen for Beatles fans.

Depending on your level of fandom, The MOJO Innovators Podcast is a great introductory listen for artists you’re just getting into, or a test of knowledge on your favourites. Hosted by MOJO’s Jenny Bulley, along with guests in the form of music writers, radio presenters and more, this podcast discusses “artists who changed music forever”. Think David Bowie, Aretha Franklin, Kate Bush, Joni Mitchell and the like. Each 30- to 40-minute episode provides a well-rounded overview of a music legend, sounding just how we imagine conversations might go at the MOJO offices.

As Late Era’s title suggests, the hosts discuss often-overlooked late-period work by legendary artists. Andy Kush, Sam Sodomsky (both music critics at Pitchfork) and musician Winston Cook-Wilson give an overview of an artist’s musical history and progression, before breaking down a late-era album, such as Joni Mitchell’s synth-heavy Taming The Tiger, or Neil Young And Crazy Horse’s George W Bush-era concept album Greendale. The chosen album is analysed in depth, covering lyrics, critical and fan reception, audio make-up, vocals, and historical/career context. But they’re not all hidden gems, and each episode ends with a decision: was the album “fantasy” (a success) or “delusion” (a catastrophe)?