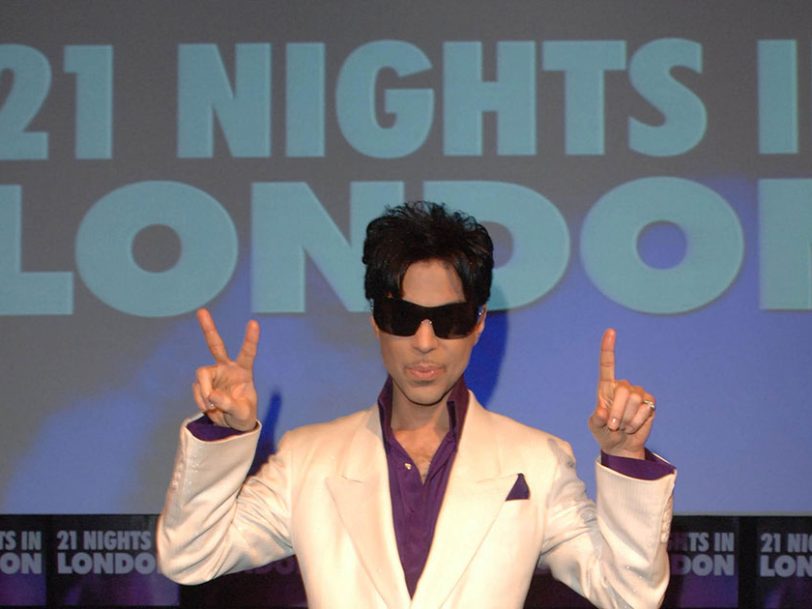 21 Nights In London: How Prince Broke Records At The O2 Arena

Defying expectations, Prince’s 21 Nights In London residency was a sell-out success that no other performer has come close to matching.

By the mid-2000s, Prince had nothing left to prove. In a career approaching its third decade, he’d scored countless hit singles; reached No.1 at the box office with the Purple Rain film; been showered with accolades, including Grammys, BET Awards and even an Oscar; and been inducted into the Rock And Roll Hall Fame. After delivering one of the best Super Bowl halftime shows in history, in February 2007, he could have taken the remainder of the year off, basking in yet more glory. However, just three months on from performing in torrential rain in Dolphin Stadium, Miami, he was in the UK, announcing another landmark event: a record-breaking run of concerts at London’s O2 Arena. Dubbed 21 Nights In London, the residency would stretch from 1 August to 21 September and see Prince play sell-out shows to new fans, old fans and a whole lot of repeat customers.

“I have a wide fanbase that comes to multiple shows”

At a press conference to announce the event, Prince explained that’d he’d become used to making extended stays while staging his Club 3121 residency in Las Vegas’ Rio Suites Hotel And Casino – an intimate series of shows which had run from November 2006 to April 2007 – and that performing so many times in one city was good for his fans, too: “We play so many different styles of music, it’s really hard to get a full dose of what we do unless you come to several shows. I also have a wide fanbase that come to multiple shows all the time. I always see them – here especially in London.”

Yet AEG, the promoters for 21 Nights In London, were initially unsure whether Prince could attract an audience large enough to sustain 21 consecutive shows in the 20,000-capacity venue. As Rob Hallett, then the company’s head of international touring, told the BBC, “He was insistent, so we said, ‘OK, let’s do 21 nights in London, just as long as you’re prepared for the last ten days to be in Ronnie Scott’s,” a small but prestigious jazz club in the city’s Soho district. But, Hallett added, Prince “wouldn’t even consider the possibility of anything else. And it was pretty incredible.”

“We’re trying to make it affordable for everybody”

Ensuring he had a sell-out on his hands, Prince priced general-admission tickets at £31.21, after both the name of his 2006 album and a house he’d recently rented in Los Angeles. “Last time I was here, a lot of people didn’t get to see me, so we’re trying to make it affordable for everybody,” he said.

Prince hadn’t performed extensively outside the US since his One Nite Alone… tour of 2002, which had brought him to London’s theatre-sized Hammersmith Apollo for three nights in October of that year. Back then, he had performed a set largely focused on The Rainbow Children – a jazz-funk album framed as a spiritual concept record. For 21 Nights In London, however, Prince promised to play all his hits among a potential setlist of up to 200 songs he was said to have taught his band, and from which he’d pull each night’s show, depending on how he felt in the moment. “The wonderful thing about the extended stay we did in 3121 Club in Vegas is, we got a chance to learn a whole lot of new material,” he told the press.

“Fans and employees still talk fondly about those amazing nights”
By the time 21 Nights In London opened, on 1 August, Prince also had a whole new album to promote, Planet Earth. Lending his O2 residency another name – The Earth Tour – the CD was given away for free to each ticket-holder as further enticement to what had become one of the most anticipated live events of the year.

Performing in the round on the floor of the arena, on a stage shaped as his iconic “Love Symbol”, Prince delivered a smattering of songs from Planet Earth – its title track, the soulful ballad Somewhere Here On Earth, the pop-rock number Guitar – while also making good on his promise to deliver the hits. After opening that first show with his signature song, Purple Rain, he spent the next two hours highlighting classics from his entire body of work: Parade standouts (Girls & Boys, Kiss) were shuffled in among old-school highlights such as Controversy’s title track; a fan favourite from the “Love Symbol” album, 7, nestled among cuts from Diamonds And Pearls and The Gold Experience; and there was yet more from the Purple Rain album, in the shape of Let’s Go Crazy and Take Me With U.

With many unsuspecting audience members heading home after the house lights went up, Prince made an impromptu return to the stage, causing those that remained to scramble over seats in order to get closer as he played solo acoustic versions of Little Red Corvette, Raspberry Beret and Sometimes It Snows In April. It was the sort of surprise he would often deliver throughout the residency, during which, with just a piano and his voice, he could make one of the world’s biggest indoor arenas feel as intimate as a bedroom, or turn it into a throwback nightclub, blasting truncated versions of many of the best Prince songs from a sampler, Sign O’ The Times, When Doves Cry and Alphabet St. among them.

After each night’s main event, Prince often continued the party in the O2 complex’s smaller club-sized venue, The IndigO2. Performing looser, jam-based sets into the early hours of the morning and calling upon a slew of guest singers to join him – among them British soul siren Beverley Knight, conscious rapper Common and Black Eyes Peas’ will.i.am, plus Elton John and the late Amy Winehouse – he proved that anyone who was anyone in London during the summer of 2007 was desperate to catch him in action before he left.

“I couldn’t have sold out 21 nights in London at the peak of my career,” Prince later observed. “It would have been an impossibility.” Recalling one of the inspirations behind the low ticket price, AEG’s Rob Hallett later joked to Esquire, “I wish he’d moved to 9494. It would have been much more lucrative.” Regardless, Prince’s O2 residency left a rich legacy. Photos of his stay in London, taken by his long-time photographer Randee St Nicholas, were collected in the 21 Nights book, which also featured a CD of aftershow performances; a lavish, leather-bound Prince Opus edition was later announced, including a 40-minute documentary covering the two-month event.

“The Prince shows at the O2 were legendary”

Four years to the day after Prince brought his O2 residency to a close, the venue commemorated his record-breaking achievement by announcing the launch of the “21 Club At The O2”. Noting that, “No performer since has ever come close to his record number of consecutive performances, all of which were sold out,” the venue’s owners intended for the club “to celebrate any artist or performer who has played 21 or more dates at the arena”. A framed “Love Symbol” decked out in sparkles – referred to as Prince’s “key to the venue” – has since been displayed in the O2 Arena’s walk-on area, for all future performers to see as they make their own way to the stage.

“The Prince shows at the O2 in 2007 were legendary and undoubtedly helped to cement the O2 as one of the most iconic venues in the world,” Steve Sayer, the venue’s VP and General Manager, noted. “Fans and employees still talk fondly about those amazing nights.”