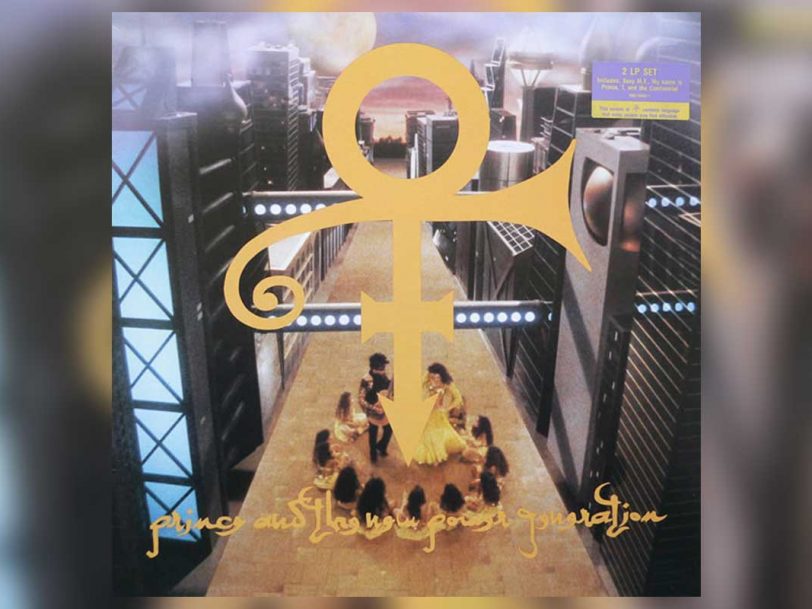 A wide-ranging work which hit a new level of theatrics, Prince’s “Love Symbol” album signalled major shifts in his life.

That Prince billed the follow-up to his unashamedly hits-stuffed Diamonds And Pearls album as a far less conventional “rock soap opera” was one thing. That it had an unpronounceable title which took the form of a glyph that merged the male and female astrology signs was quite another – particularly for Warner Bros, the record label that, on the back of Diamonds And Pearls’ success, had just signed a new contract that offered Prince advances of $10 million an album, so long as its predecessor sold over five million copies – a feat Diamonds And Pearls had confidently achieved. For Prince, however, his 1992 record, soon dubbed the “Love Symbol” album, was the sign of a different time altogether: one in which he pushed his band, The New Power Generation, to some of their greatest heights, and in which he also reasserted himself as an artist driven by creative instincts rather than financial incentives.

In contrast to the year and a half it took for Prince to put Diamonds And Pearls together, the “Love Symbol” album was almost entirely done and dusted in a matter of months across the end of 1991 and early 1992. “Almost everything was recorded live and then he would overdub on it,” New Power Generation keyboardist Tommy Barbarella told this author for the book Lives Of The Musicians: Prince. “He didn’t want you to perfect or change it. He liked the live feel.” Keen to show off his new music, he also began playing “Love Symbol” album tracks such as Sexy MF live on the Diamonds And Pearls tour, teasing a record which, though it had been recorded quickly, was ultimately inspired by a relationship that had been gestating for over a year.

While on the Nude tour, staged throughout the summer of 1990 in support of his Graffiti Bridge album, Prince met Mayte Garcia, then a 16-year-old belly dancer whose mother, inspired by the Middle Eastern influence of Graffiti Bridge’s standout song, Thieves In The Temple, had convinced her daughter to get a showreel of her work into Prince’s hands. “There’s my future wife,” Prince had told NPG singer Rosie Gaines when he first caught glimpse of Garcia backstage in Germany – and he was more right than he knew.

Asking Mayte’s father for permission to spend time with his daughter, and striking up a platonic correspondence carried out via letters and phone calls, Prince developed a bond with the budding Puerto Rican dancer. “We’d talk about movies; I would say that I’m doing a show and tell him something funny that happened,” Garcia, who then had her sights set on moving to Cairo to continue her dance training, recalled for Lives Of The Musicians: Prince. “There was an innocence he really took to.” But as their relationship developed, and Garcia found herself officially hired to perform on stage as a member of The New Power Generation, the pair soon began to feel that they were soul mates whose spirits had travelled through the ages in order to find each other. “We evolved and just understood each other on a whole other level,” Garcia explained.

By the time Prince came to record the “Love Symbol” album, the influence had become spiritual, romantic and artistic. The Middle Eastern music he’d flirted with on Thieves In The Temple, and which inspired Garcia’s dancing style, began to take a central role on new songs such as 7, whose lyrics – “I am yours now, and you are mine/And together we’ll love through all space and time” – reflected the soul-baring conversations he was having with his muse.

A narrative, too, developed around the new material, through which Prince told the story of his relationship with the “Crown Princess of Cairo” and their defeat of assassins in pursuit of the “Three Chains Of Turin”. A handful of dramatic segues recorded by actress Kirstie Alley, in the role of a news reporter hounding Prince for quotes, went a small way towards clarifying the intent behind the record, which, when it hit the UK shelves on 5 October 1992 (following a week later, on 13 October, in the US), was as unapologetically complex as Diamonds And Pearls had been straight-up radio-ready.

“He used that band to its full extent”

Not that the “Love Symbol” album lacked hit material. The one-two punch of lead single Sexy MF and its follow-up, album opener My Name Is Prince, found Prince building upon the hip-hop foundations he’d lain on Diamonds And Pearls and rewarding himself with Top 5 and Top 10 UK hits, respectively. The looped beats and Middle Eastern strains of 7, meanwhile, went Top 10 in the US, confirming its place among the best Prince songs while helping to push its parent album to No.1 in the UK and No.5 in Prince’s homeland.

Yet they barely scratched the surface of a record that stands as one of Prince’s most wide-ranging works. Hailed by Rolling Stone as a “wonderfully hyped-up take on Seventies funk” that found “a balance between rhythmic insistence and instrumental showmanship that at its best recalls the glory days of James Brown and the JB’s”, the “Love Symbol” album also touched upon reggae (Blue Light), Bohemian Rhapsody-like operatics (3 Chains O’ Gold), jazzy ballads (Love 2 The 9’s, Damn U) and club-focused cuts such as The Max and Eye Wanna Melt With U, the latter added to the tracklist at the last minute, in a decision that left several explanatory segues on the cutting-room floor. “He used that band to its full extent,” Tommy Barbarella told this author. “He would make up crazy lines and bizarre transitions, and we could pull it off.”

“Prince is funky, funkier than ever before, maybe even the funkiest musician around right now,” Entertainment Weekly asserted, paraphrasing the album’s opening cut. However, unbeknown to anyone but himself at the time, Prince wouldn’t be Prince for much longer. After taking the Act I tour – a theatrical production for which he and Mayte enacted the “Love Symbol” album’s storyline on stage – around the US in the spring of 1993, Prince briefly regrouped before launching Act II in the UK that July. By that point, the show had become more conventionally hits-based, though Prince himself had made one of his most unconventional moves yet.

Having “searched deep within my heart and spirit”, as he later said in an interview with TV host Larry King, he had come to a point where he “wanted to make a change and move to a new plateau in my life”. Jettisoning his old self was, he decided, the way to make that change. On 7 June 1993, his 35th birthday, Prince announced that he would now be known as the unpronounceable glyph which gave the “Love Symbol” album its official title.

The fallout – with his record label, the media, and even some of his own bandmates – would shape many of the albums that followed, with Come, The Gold Experience and Chaos And Disorder all dealing with the repercussions in their different ways. But Prince had also lit the touchpaper for a critical rethink of the music industry’s approach to artists’ rights, not to mention, with 30 years of hindsight, engaged in a public exploration of identity politics which is still in the process of being fully understood.

“He always told me he would have these revelations,” Matye Garcia revealed for Lives Of The Musicians: Prince. “He didn’t want to just be a ‘rock star’.” At this stage in his career, with over a decade’s worth of innovations already behind him, Prince was, once again, a revolutionary.