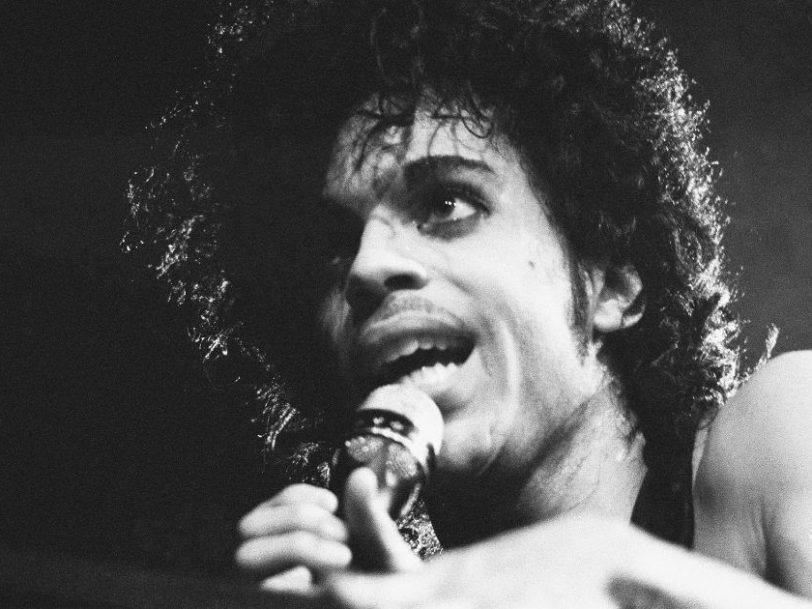 Kiss: The Story Behind The Hit Song Prince Almost Gave Away

Originally sketched as an acoustic blues and given to another band, Prince eventually released Kiss as his own slice of future-shaping funk.

By the mid-80s, Prince was a bona fide hit-making machine. The Purple Rain album and movie had placed him among the pantheon of the greats and, having proven himself capable of writing enough quality material to take side-project groups such as The Time, Vanity 6 and Apollonia 6 into the charts, outside acts had begun to entreat him for material. With the Purple Rain wave yet to break at the end of 1984, Scottish Bond-theme singer Sheena Easton topped the Billboard Hot Dance/Disco chart with the Prince-penned Sugar Walls; a year later, The Bangles made their breakthrough with the Apollonia 6 outtake Manic Monday. That song reached No.2 on both sides of the Atlantic, being kept off the US top spot only by Kiss – a smash-hit single that Prince almost gave away, but saved at the last minute.

“Just the jam we need to launch the album”

Prince could have been forgiven for momentarily looking the other way. When Kiss was recorded, in Los Angeles’ Sunset Sound Recorders, towards the tail-end of April 1985, he was working overtime to prove he deserved his place among the best 80s musicians. While finalising the self-titled debut album by yet another side project, The Family, he was also preparing for the release of Sheila E’s second solo record, Romance 1600, and blitzing thorough initial sessions for his own new album, Parade, a first pass at which he captured across a dizzyingly fertile two weeks. Never mind that the latter project was also pegged as a soundtrack album for his second film, Under The Cherry Moon, a romantic comedy Prince was due to star in – and would ultimately direct – when filming commenced in September; here were enough projects for several years’ worth of releases.

So when BrownMark, the bassist in Prince’s then band, The Revolution, asked for a song that would help his own group, a Minneapolis R&B outfit called Mazarati, announce their arrival, Prince initially handed them a track he’d worked on the previous summer, 100 MPH – “Just the jam we need to launch the album,” BrownMark reflected in his memoir, My Life In The Purple Kingdom. As Mazarati’s record neared completion, however, Prince slipped BrownMark a cassette demo of an entirely new song.

Taking a breather from the high-octane funk he was turning out daily, Prince had picked up his acoustic guitar and, in a little over a minute, sketched out the first verse and chorus of a bluesy tune that began with the nonchalant declaration, “You don’t have to be beautiful to turn me on,” and ended with a simple plea: “I just want your extra time and your… kiss.” An unusually low-key starting point for one of the best Prince songs, it was, in BrownMark’s estimation, “just a vocal with a guitar, and it sounds like something you’d hear being sung around a campfire”.

Heading into the next-door studio, where longtime Prince engineer David “Z” Rivkin – brother of Revolution drummer Bobby – was overseeing the Mazarati sessions, the bassist got to work. Recording into the early hours of the following morning, BrownMark and Rivkin rebuilt the song from scratch, anchoring it with a bassline and layering a synthy sheen on top. When the engineer ran an acoustic guitar through a Kepex noise gate, triggering it with the hi-hats on his Linn drum machine, he hit upon one of Kiss’ hallmark sounds. “It created a pretty cool rhythm that was constantly changing in tone and complexity but was still steady… That gave us the basic rhythm groove of the song,” Rivkin told Mix magazine in 2001.

On the other side of the studio wall, Prince wasn’t aware of what was taking place when BrownMark popped by to ask for a full set of lyrics. When he heard Mazarati’s version of Kiss the following day, however, he twigged to the song’s potential. Taking it back into the studio himself, Prince stripped the arrangement down to its barest elements, removing BrownMark’s bass, adding the immediately recognisable opening guitar riff and recording his own lead vocals.

“He put his signature on it, which really changed the song dramatically,” BrownMark told Prince archivist Duane Tudahl for the book Prince And The Parade & Sign O’ The Times Era Studio Sessions 1985 And 1986. “With his high-pitched voice it really added a whole different feel to this thing.”

“I prefer his version… no question about that”

One of the last songs added to Parade’s tracklist, Kiss was released as the album’s lead single, on 5 February 1986. In removing the bassline, Prince had repeated the trick he’d used to give When Doves Cry its future-shaping, time-defying sound. Helped, too, by a playful promo clip that still sits among the best Prince videos – shot by fashion photographer Rebecca Blake, it captured Prince laying down some trademark moves alongside dancer Monique Mannen and throwing flirtatious glances in Revolution guitarist Wendy Melvoin’s direction – Kiss followed When Doves Cry to the top of the US chart, becoming Prince’s third Billboard No.1. Over three decades later, it still stood at No.85 in Rolling Stone’s list of the 500 greatest songs of all time.

“He didn’t ask anybody,” David Rivkin recalled of Prince’s decision to reclaim Kiss for himself. Speaking to Prince fanzine Uptown in 1994, the engineer added, “Of course, to him it was his song… I prefer his version, the cool guitar part and all, he definitely put his thing on it, no question about that.”