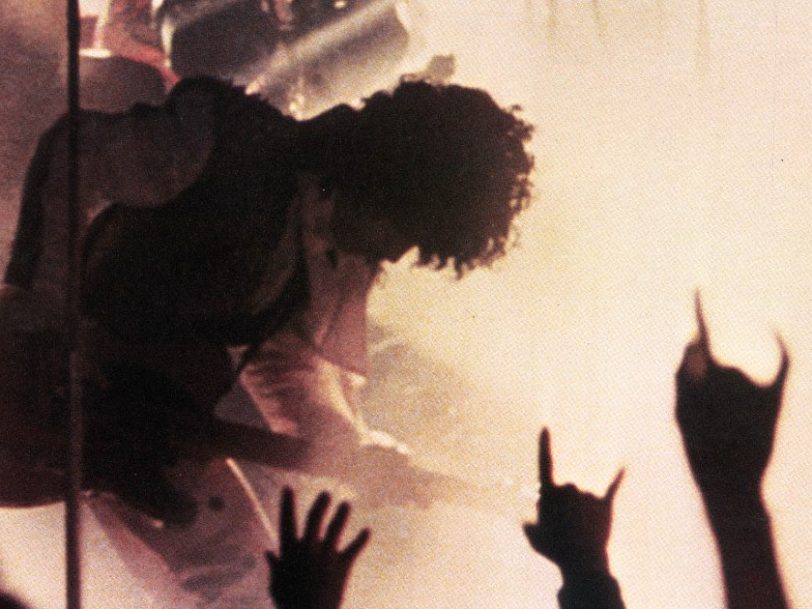 The song most associated with Prince, Purple Rain is an epic power ballad that embodied its creator’s search for transcendence through music.

If Prince has one single signature song, then it is Purple Rain. An integral part of the film it lent its name to, Purple Rain not only defined everything about Prince – from his musicianship to his life-long quest to reach a higher plane through music – it ensured his place among the best 80s musicians while standing as a timeless song that speaks to all generations and all types of music fan. As Prince’s former guitarist Dez Dickerson put it, “It’s one of those songs that you remember where you were the first time you heard it… And it was a real step forward for him in terms of his evolution as a commercial artist, but yet a distinct artist. You know it’s him, but at the same time it’s a classic song. You’ll hear it twenty years from now and it will still be classic.”

And yet, things could have turned out very differently. Far from the all-conquering power ballad it became, Purple Rain was initially demoed as a country tune, and Prince almost passed on it entirely when he attempted to give it away to someone else…

“I wouldn’t know where to start. It’s a movie, it’s epic”

Speaking to Mojo in 2013, Fleetwood Mac icon Stevie Nicks revealed that she still owned the nearly instrumental ten-minute demo of Purple Rain that Prince sent her, and admitted that she’d found the whole thing too much to contemplate working on. Declining his invitation to add lyrics to the song, she told him, “Prince, I’ve listened to this a hundred times but I wouldn’t know where to start. It’s a movie, it’s epic.”

Nicks’ words would prove prophetic, but when Prince first introduced the song to his band, it was, he said, simply something “mellow” to work on at the end of a long rehearsal session. Still carrying vestiges of the heartland-rock tune he originally imagined it would be, this formative version of Purple Rain belied its history as an unlikely challenger to the blue-collar anthems that made Bob Seger a mainstream draw across the US.

“We were on tour and Bob Seger was shadowing us wherever we went,” Revolution keyboardist Matt “Dr” Fink recalled in Duane Tudahl’s exhaustive sessionography Prince And The Purple Rain Era Studio Sessions 1983 And 1984. When Prince told his bandmate he didn’t understand Seger’s appeal, Fink replied that “it was like country-rock. It was white music… You should write a ballad like Bob Seger writes, you’ll cross right over. And he did!”

“It was super intense… there was something special in the air”

After playing the song for six hours straight in rehearsal, The Revolution helped Prince realise what Purple Rain could be – with no small input from his newcomer guitarist, Wendy Melvoin. Soon to become one of Prince’s most trusted creative foils, along with Revolution keyboardist Lisa Coleman, Melvoin had only recently replaced Dez Dickerson following the 1999 album tour. As Coleman told this author for the book Lives Of The Musicians: Prince, “All of a sudden, this little girl comes in and she’s funky as hell, plus she can play like Joni Mitchell.”

Melvoin’s ability to conjure expansive, Mitchell-like chords had a profound influence on Purple Rain’s development. Speaking to The Guardian in 2017, Coleman explained how the song was reimagined during that session: “Wendy started hitting these big chords that rejigged his idea of the song. He was excited to hear it voiced differently. It took it out of that country feeling. Then we all started playing it a bit harder and taking it more seriously… and by the end of the day we had it mostly written and arranged.”

Fully confident in his new band and his new material, Prince gave Purple Rain its first public airing towards the end of a benefit concert held at Minneapolis’ First Avenue nightclub on 3 August 1983. Marking Wendy Melvoin’s live debut with the group, the show also gave Prince a chance to test much of the Purple Rain album on an audience for the first time. “It was super intense and dark and sweaty,” Coleman recalled of the gig in Lives Of The Musicians: Prince. “There was something special in the air.”

“He finished playing and I said, ‘That’s the song’”

In the audience that night was director Albert Magnoli, who was scouting locations for the Purple Rain shoot. Then still under its working title of Dreams, the movie’s semi-autobiographical story was calculated to create the Prince myth, dramatising his rise to fame while simultaneously making that fame a reality. Seeking a title song for the project, Magnoli knew it when he heard it: “I stopped and went, ‘Whoa,’” the director told Duane Tudahl of hearing Purple Rain at First Avenue. “He finished playing and I said, ‘That’s the song.’”

When Prince listened to the recordings of the show, captured on a mobile truck parked outside the venue, he knew it, too. Taking the tapes to Sunset Sound Recorders, in Los Angeles, later that month, he used the live performances of I Would Die 4 U, Baby I’m A Star and Purple Rain as the basic tracks for the final Purple Rain versions, with a few decisive edits turning the album’s title track into a masterpiece.

Removing a verse about money and excising a second guitar solo, Prince trimmed Purple Rain by a couple of minutes, enhancing the song’s enigmatic allure in the process; with Lisa Coleman’s guiding hand, he also added a small string section, courtesy of Los Angeles session musicians Novi Novog and Suzie Katayama, plus Coleman’s late brother, David. Reflecting on the song’s “lost” third verse, Coleman told Billboard, “When you listen to it you don’t understand what the song is about, but you understand that that verse doesn’t fit.”

In mid-September, Prince emerged with a nine-minute epic that would cement his legend and provide a dramatic denouement to the Purple Rain movie. But though the film’s plot would pivot around the song – nodding to Wendy Melvoin’s crucial input, Purple Rain was reframed as an idea of Wendy’s and Lisa’s which Prince, as The Kid, initially refused to take seriously – it defied any literal interpretation. Certainly, Prince himself was reluctant to overtly explain its lyrics.

“When there’s blood in the sky… red and blue = purple,” he once allowed, adding, “Purple rain pertains to the end of the world and being with the one you love and letting your faith/God guide you through the purple rain.” If “the sky was all purple” in his apocalyptic breakthrough hit, 1999, by the time he wrote Purple Rain, that vision of Armageddon had evolved into a search for salvation.

Released as a single on 10 September 1984 in the UK (and 26 September in the US), Purple Rain’s religious overtones were underscored by its B-side, God, a hymnal-like song which Prince would perform live during the Purple Rain tour. Throughout the demanding run of 98 shows, Prince sought transcendence on stage as he closed each night with his soaring new ballad, stretching Purple Rain out until it pushed the 30-minute mark in a storm of squalling guitar and lighters-in-the-air audience singalongs.

In the decades since, Purple Rain has only grown in stature among the best Prince songs. Looking back on how its iconic coda bought his final ever gig to a close, on 14 April 2016, it now seems as though the song that helped him rise to become one of the most influential musicians of all time was now preparing him for an altogether different ascension. Though it sits among both the Rock And Roll Hall Of Fame’s 500 Songs That Shaped Rock And Roll (along another Purple Rain standout, When Doves Cry and Rolling Stone’s 500 Greatest Songs Of All Time (at No.18), Purple Rain has no Earthly peer.

“It just really has something about it, the way it crescendos, the way it crashes, and the way the guitar solo takes you to a place where you just feel different about your life,” Revolution drummer Bobby “Z” Rivkin later said. Reflecting on the song’s 30th anniversary to Andrea Swensson, for Minnesota Public Radio station The Current, Rivkin added, “No matter what, when you hear those opening chords of Purple Rain, you just stop time somehow, and just listen.”