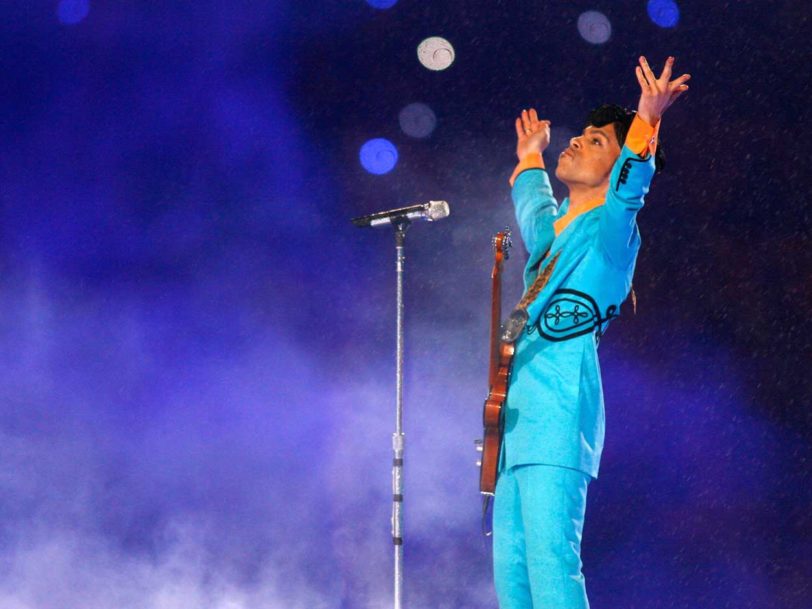 From torrential rain to ‘wardrobe malfunctions’, the best Super Bowl halftime shows have seen it all – including music’s greatest legends.

With over 750,000 viewers in the US alone, and broadcast to millions more around the globe, the Super Bowl offers one of the biggest stages in the world, so it’s no wonder its halftime-performance slots have attracted the biggest names in music. For those who aren’t even interested in the game itself, the best Super Bowl halftime shows still provide one of the most notable calendar events each year.

The Super Bowl halftime show is a tradition that started in the 60s, when performers usually consisted of college marching bands and drill teams – a huge contrast to the megastars that now command the halftime slot. It wasn’t until the early 90s when pop music started to infiltrate the game, after New Kids On The Block appeared at the now-demolished Tampa Stadium in 1991 to perform Step by Step, This One’s For The Children and It’s a Small World After All.

In the three decades that followed, the best Super Bowl halftime shows have seen musicians deliver some of the wildest, most shocking and entertaining performances aired on TV. Following in the footsteps of Prince, Beyoncé and Lady Gaga, Super Bowl LVII will see Rihanna take the stage at State Farm Stadium, in Glendale, Arizona, on Sunday, 12 February, in the hopes of adding her performance to the ranks of the best halftime shows.

To get us excited for what will undoubtedly be an iconic appearance, here’s a look at the best Super Bowl halftime shows of all time.

The line-up alone earns this performance a place among the best Super Bowl halftime shows – though anyone expecting some of the biggest names in 90s pop to sing their own songs would have been mistaken. Produced by Disney, Super Bowl XXXIV’s halftime show saw the artists turn to the Disney songbook, with Christina Aguilera and Enrique Iglesias singing that year’s Walt Disney World Millennium Celebration theme song, Celebrate The Future Hand In Hand, Phil Collins turning to one of his Tarzan soundtrack numbers, Two Worlds, and Toni Braxton performing We Go On, the closing song of IllumiNations: Reflections Of Earth, the fireworks show that dazzled visitors to Disney’s Epcot centre from 1999 to 2019.

Following a string of performances from rock veterans such as Tom Petty, The Rolling Stones and The Who, The Black Eyed Peas were brought in to try and bring a younger audience to the Super Bowl. Not wanting to completely alienate the championship’s traditional fanbase, however, BEP brought Guns N’ Roses’ Slash along for a guest spot, during which they overlapped their 2009 hit Boom Boom Pow with GNR’s Sweet Child O’ Mine. Usher also made an appearance – entering the stadium on a zipwire – but despite the high production values and a smattering of the group’s hits, the energy didn’t quite fill the Super Bowl stage.

After Janet Jackson’s “wardrobe malfunction” (see No.5), the Super Bowl organisers turned to classic rock artists who could be relied on to play it safe, and invited The Rolling Stones to perform at Super Bowl XL. The original bad boys of rock’n’roll were, however, censored during their three-song performance, which featured Start Me Up, new song Rough Justice and (I Can’t Get No) Satisfaction, with lead singer Mick Jagger’s microphone being turned down during lines that were deemed provocative.

For the Super Bowl’s landmark 50th game, Coldplay were bought in to perform three of their top-selling singles, Viva La Vida, Paradise and Adventure Of A Lifetime, on a flower-shaped stage. Though delivering one of the best halftime shows of the 2010s, the group risked being outshone by special guests Bruno Mars and Beyoncé, who, with Uptown Funk and Formation, respectively, provided a stark contrast to Coldplay’s indie-rock sound.

A born entertainer, Michael Jackson delivered one of the most-watched events in US TV history, with a staggering 133.4 million viewers tuning in to catch the King Of Pop’s Super Bowl performance. Sing a medley of hits, including Billie Jean and Black Or White, before ending his set with Heal The World, Jacko delivered one of the best  halftime shows in history, convincing the NFL to actively court global stars for all future Super Bowl halftimes. Though the NFL doesn’t pay artists for their appearances, Jackson’s appearance was so monumental, the organisation agreed to donate $100,000 to hiss Heal The World Foundation.

Following in her brother’s footsteps 11 years later, Janet Jackson stormed the Super Bowl stage – though her headline-grabbing performance is often remembered for the wrong reason. During a performance of Rock Your Body, Timberlake tore away part of Janet Jackson’s bodice to briefly expose her breast – a “wardrobe malfunction” that was either her worst nightmare, or, as some have claimed, a publicity stunt. Either way, it led to a crackdown on censorship, and what can and can’t be broadcasted on live television.

As someone known for her more extravagant outfits (remember the egg and meat dresses?), music fashionista Lady Gaga took to the Super Bowl stage in a series of relatively tame space-age costumes designed by Versace. Her performance, aided by a troupe of dancers, was as dramatic as expected, however, with a crowd-pleasing set of hits, including Edge Of Glory, Poker Face and Born This Way, immediately entering the ranks of the best Super Bowl halftime shows. “We’re here to make you feel good,” Gaga told the crowd at Houston’s NRG stadium. Tick.

The Super Bowl stage is only fit for musical royalty, so who better than Queen Bey to show the world how it’s done? A spectacle of all-black outfits, epic dance moves, adrenaline and power, Beyoncé’s halftime show made the biggest sporting event in the US feel more like one of her own concerts. Singing hit after hit – the iconic Crazy In Love, Love On Top and Baby Boy – Beyoncé also invited her former Destiny’s Child bandmates, Kelly Rowland and Michelle Williams, onstage for a reunion, singing Beyoncé’s Single Ladies and the group’s hits Bootylicious and Independent Woman. With only female dancers joining her on stage, Beyoncé ensured her Super Bowl halftime show made clear her stance on girl power and who runs the world…

Katy Perry’s Super Bowl halftime show delivered two things: a triumph, and a whole world of memes, courtesy of “Left Shark”. Flanked by an array of dancers in beach-themed costumes, Perry sang the hits Teenage Dream and California Gurls – though one of two dancers dressed as sharks (her longtime background dancers Bryan Gaw and Scott Myrick) caught most fans’ attention. Wildly out of sync with its counterpart, the shark on the left’s quirky dancing became an overnight sensation that will be forever remembered as one of the best Super Bowl halftime shows.

Topping our list of the best Super Bowl halftime shows of all time, Prince performed a medley of his iconic hits, while also claiming songs like Queen’s We Will Rock You and Bob Dylan’s All Along The Watchtower as his own, on a symbol-shaped stage and bolstered by a full marching band. A tropical storm had organisers concerned that Prince would call the whole thing off. Instead, he had one simple question for them: can you make it rain harder? Purple Rain never seemed so aptly named. What. A. Legend.