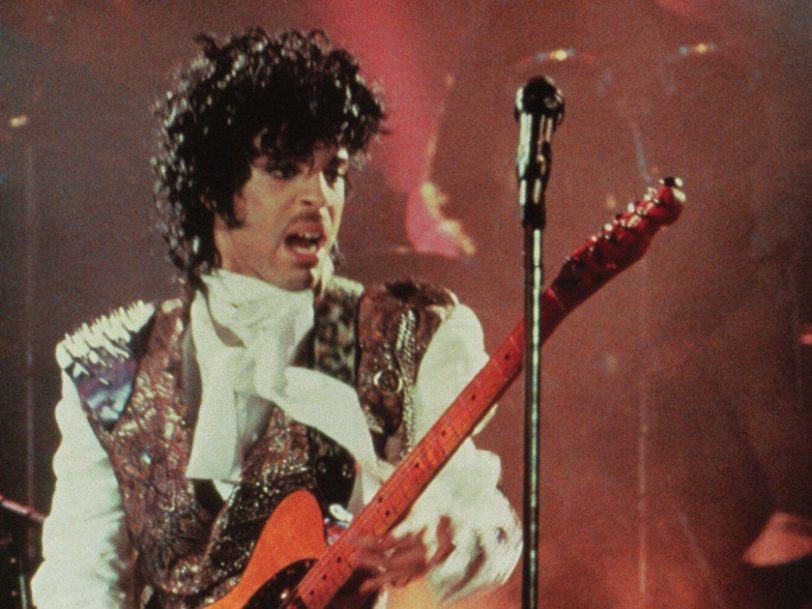 A song ‘about God and the de-elevation of sin’, Let’s Go Crazy heralded Prince’s purple revolution in the summer of 1984.

“Dearly beloved, we are gathered here today to get through this thing called life.” Opening both the Purple Rain album and movie, these were the first words many Prince fans would hear him say. Pointedly placed as an introduction, the song was a clear statement of intent from a man about to catapult himself to fame in the summer of 1984. It also made clear that Prince had broadened his world view since exhorting listeners to party in the face of the apocalypse with 1999.

Sure, inciting fans to “go crazy” while reminding them “we’re all gonna die” picked up directly from where 1999 left off, but a more cryptic refusal to “let de-elevator bring us down” contained his new song’s deeper message. With its opening organ part creating a sermon-like atmosphere, Let’s Go Crazy smuggled Prince’s quest for salvation into a five-minute pop-rock manifesto whose thematic resolution would be delivered when the Purple Rain song brought its parent album to a close. And it was recorded in just a couple of takes in a warehouse in Minnesota.

“The more we played it, the more it developed into a sparkly, tough song”

Prince had taught Let’s Go Crazy to his band, soon to be christened The Revolution, in the summer of 1983, honing it across rehearsals until it was ready to open his landmark 3 August 1983 concert at Minneapolis’ First Avenue club. But while Prince would debut much of the Purple Rain album at that show – using the live recordings as the basis for the record’s closing trio of songs, I Would Die 4 U, Baby I’m A Star and Purple Rain – he hadn’t quite captured Let’s Go Crazy as he’d intended.

Four days later, back in rehearsal in a converted warehouse in St Louis Park, Prince and his group nailed it “top to bottom” in just one or two takes, as his then studio engineer, Susan Rogers, told this author for the book Lives Of The Musicians: Prince. Having drilled the song for months, from its churchy intro to its bluesy show-tune outro – with drummer Bobby “Z” Rivkin using electronic drum pads to trigger two sets of Linn LM-1 drum machines – Let’s Go Crazy had undergone a revolution of its own after Prince and his band finished with it.

“I just started randomly smacking the piano. Prince loved it”

“The more we played it, the more it developed into a sparkly, tough song,” Revolution keyboardist Lisa Coleman told Minneapolis Star Tribune’s Jon Bream in 2017. “It’s sort of Disneyland, but it’s talking about life before death. The band added just the right attitude.”

“He loved that,” Susan Rogers explained to this author of the way Prince would bring ideas to the group and let each member find their own parts. “He would spend so much time with his band, pulling their ideas. He was a great bandleader.”

Known for his stage outfit of medical scrubs and stethoscope, keyboardist Matt “Doctor” Fink later recalled coming up with his chaotic piano breakdown, edited into the song when Prince needed an extended version. “At first I tried to do something melodic, but because the song was called Let’s Go Crazy, I thought I should do something that was out there,” Fink told Vibe magazine in 2014. “I just started randomly smacking the piano not really intending to play anything. And Prince loved it.”

Eventually released on 12” as a seven-and-a-half-minute Special Dance Mix, this longer version of Let’s Go Crazy was created specifically to fit the Purple Rain movie’s opening montage. As the film’s director, Albert Magnoli, told Prince historian Duane Tudahl for the book Prince And The Purple Rain Era Studio Sessions 1983 And 1984, after seeing Prince and The Revolution perform Let’s Go Crazy at First Avenue he immediately knew it was “the perfect song to open” the movie – but it was too short. “So I had to go to Prince and he had to elongate it,” Magnoli explained. “He basically punched into the middle, added a new middle, which brought it to its length.”

“My original draft of Let’s Go Crazy was much different”

By this time Prince was ready to bring his Purple Rain era to a close. Let’s Go Crazy had opened each of the Purple Rain tour’s 98 shows, and his follow-up album, Around The World In A Day was already complete and awaiting its April release. But while Let’s Go Crazy would sit out his next tour – the comparatively short run of shows he would play in support of his 1986 album, Parade – it was back for the Sign O’ The Times-era concerts, and would remain a feature of his live sets throughout the rest of his life. Acknowledging the song’s importance, Prince made it central to his Rock And Roll Hall Of Fame induction performance of 2004 and, a decade later, gave it a raunchy slowed-down and bluesed-up arrangement for shows with his all-female trio, 3RDEYEGIRL.

Looking back at Let’s Go Crazy in the late 90s, Prince revealed that, in its recorded state, he had downplayed the religious overtones that would become more prominent in his music as his career progressed. “My original draft of Let’s Go Crazy was much different from the version that wound up being released,” he told Musician magazine in 1997. “As I wrote it, Let’s Go Crazy was about God and the de-elevation of sin. But the problem was that religion as a subject is taboo in pop music.”

Yet in encouraging his listeners to “punch a higher floor”, Prince proved more than capable of elevating himself above the cultural gatekeepers. He may have hidden his message in allusive lyrics, but one thing was absolutely clear: from here on in, there would be no limiting what Prince could achieve.