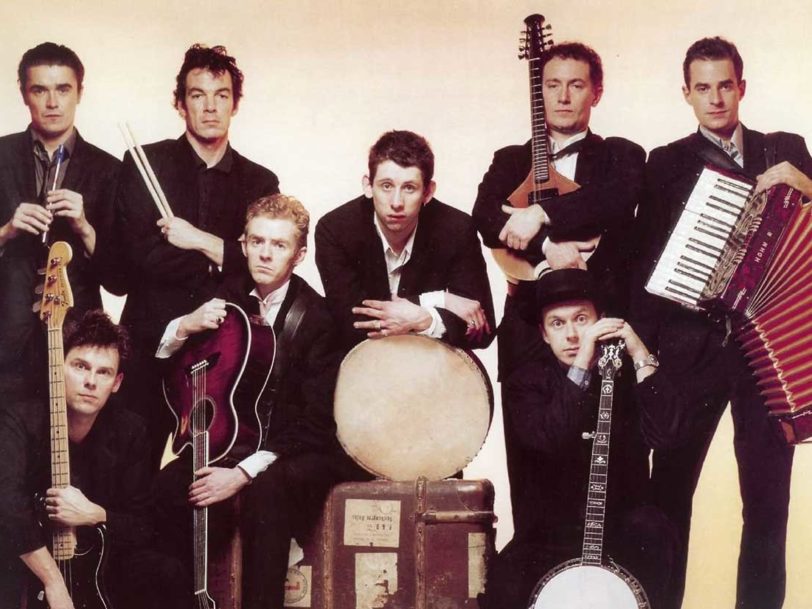 If I Should Fall From Grace With God: When The Pogues Hit Their Peak

With their third album, ‘If I Should Fall From Grace With God’, The Pogues reached creative heights that lifted them into the mainstream.

Powerful, stylistically diverse and still an eminently satisfying listen, The Pogues’ third album, If I Should Fall From Grace With God, was the band’s biggest commercial success and also their creative high-point.

Listen to If I Should Fall From Grace With God here

First released on 18 January 1988, in the wake of their biggest hit, Fairytale Of New York, If I Should Fall From Grace With God shot to No.3 in the UK and swiftly earned Shane MacGowan’s team a gold disc. However, while the seminal Kirsty MacColl-enhanced track – consistently hailed as one of the best Christmas songs of all time – inevitably remains a highlight of If I Should Fall From Grace With God, the fact it didn’t eclipse the rest of the album revealed just how potent an outfit The Pogues were at this stage of their career.

Though they were at the height of their creative powers, the Celtic folk firebrands took a long time to assemble If I Should Fall From Grace With God. The album arrived well over two years after 1985’s Rum Sodomy & The Lash, though that protracted delay was largely due to business-related hassles. The band were brimming over with new material, but their UK label, Stiff, was struggling financially, and it took The Pogues well over a year to negotiate a new deal with Warner early in 1987.

The band’s line-up also underwent a couple of significant changes during this period. Late in 1986, their former driver, roadie and general factotum, Darryl Hunt, replaced Cait O’Riordan on bass, before The Pogues expanded into an octet after recruiting highly-regarded multi-instrumentalist Terry Woods, formerly of groundbreaking folk-rock outfits Steeleye Span and Sweeney’s Men.

The Pogues at their most transcendent

These changes immediately proved beneficial. Hunt and Woods not only brought a greater heft to the band’s overall sound, but Woods was a talented writer who proved his mettle by penning the elegiac Streets Of Sorrow – a tribute to Irish revolutionary Michael Collins. Woods’ contribution also encouraged Phil Chevron’s songwriting aspirations, with the guitarist turning his impressions of The Pogues’ first trip to New York into Thousands Are Sailing: a poignant commentary about the sometimes fatal journey Irish immigrants undertook on transatlantic steamers (“coffin ships”) in their quest to start a new life in the US.

With Shane MacGowan and banjoist/saxophonist Jem Finer also preparing Fairytale Of New York and sitting on several more future classics, such as Lullaby Of London and the rollicking, Clash-like title track, If I Should Fall From Grace With God shaped up nicely during the summer of 1987. A positive vibe dominated the album sessions – overseen by Steve Lillywhite at London’s RAK Studios – and they proved fruitful for both band and producer.

“A record of rare quality and seductive charm”

In his memoir, Here Comes Everybody, accordionist James Fearnley recalls Lillywhite was “meticulous in his manners and genial”. While their new producer was primarily renowned for his work with ascendant rock acts such as Siouxsie And The Banshees and U2, he relished the challenge of recording a band whose line-up featured an array of traditional acoustic instruments.

Given a newfound depth and clarity by Lillywhite’s pristine production, If I Should Fall From Grace With God captured The Pogues at their most transcendent. As a lyricist, MacGowan excelled on everything from the steely protest song Birmingham Six to the lush, expansive balladry of The Broad Majestic Shannon, while his bandmates significantly broadened their sonic palette on songs ranging from the riotous, Iberian-flavoured Fiesta to the widescreen, Ennio Morricone-esque grandeur of Jem Finer’s Metropolis and MacGowan’s potent, Middle Eastern-tinged ghost story, Turkish Song Of The Damned.

“That really was the creative peak”

Greeting the album with rave reviews on both sides of the Atlantic, the critics were in little doubt that If I Should Fall From Grace With God found The Pogues at their most imperiously heady. Rolling Stone declared “obviously The Pogues can do it all – and it sounds as if they’ve only just begun”, though UK weekly Sounds arguably nailed it best, concluding, “If you’ve ever viewed The Pogues as a quaint, rabble-rousing cult band then think again, for this is a record of rare quality and seductive charm.”

If I Should Fall From Grace With God set The Pogues on course for mainstream success. In support of its release, the band embarked on a major UK tour which culminated in no less than seven nights at London’s Town & Country Club (now The Forum) in Kentish Town. They were joined by guests Kirsty MacColl, The Clash’s Joe Strummer and The Specials’ Lynval Golding for this series of rapturously-received, legend-enhancing shows during the week of St Patrick’s Day 1988, and, by the end of the same year, The Pogues were clambering onto the arena circuit in the UK and Europe. It was the culmination of a year the band would never forget.

If I Should Fall From Grace With God “was a very cohesive album that drew on a lot of styles”, Jem Finer said in Carol Clerk’s Kiss My Arse: The Story Of The Pogues. “Everything came together and it was very focused. That [album is] really the creative peak for me, in terms of the whole band being on the same wavelength.”

Discover The Pogues’ legacy, including why they’ll never fall from grace.