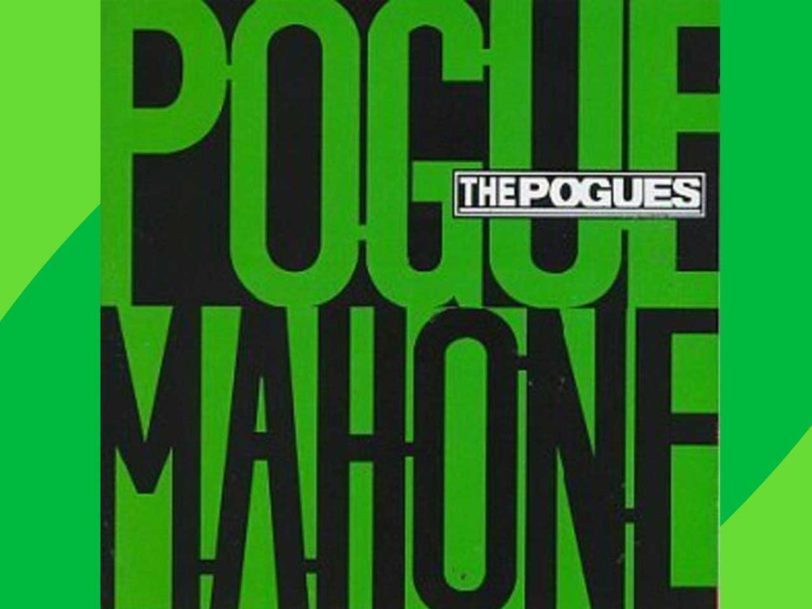 In his excellent memoir, Here Comes Everybody,The Pogues’ multi-instrumentalist James Fearnley recounts how emotionally draining Shane MacGowan’s 1991 departure from the group was for all concerned. In hindsight, it’s a wonder how the band managed to regroup and record two further albums, Waiting For Herb and their 1996 swansong, Pogue Mahone, before calling it quits.

Nonetheless, The Pogues did exactly that. After completing the remainder of their post-Hell’s Ditch tour of duty with former Clash singer and longtime Pogues acolyte Joe Strummer assuming frontman duties, the group surprised all and sundry by sounding energised on 1993’s Waiting For Herb: a convincing comeback featuring strong material such as Drunken Boat, Haunting, Smell Of Petroleum and the UK hit single Tuesday Morning.

“We got back to playing songs that were powerful”

MacGowan’s maverick genius was inevitably missed, yet Spider Stacy did a commendable job of moving centre-stage, and while Jem Finer stepped up as the main songwriter in MacGowan’s absence, the rest of his comrades also pitched in, with the credits split evenly throughout Waiting For Herb’s 12 tracks.

“The change of line-up really shook things up”

Though Pogue Mahone isn’t often spoken of in the same breath as The Pogues at their majestic best circa Rum Sodomy & The Lash and If I Should Fall From Grace With God, it’s still an eminently life-affirming finale to their career, even if it does lack Shane MacGowan’s mercurial presence.

The result of sessions with producer Steve Brown, Pogue Mahone (Irish Gaelic for “miss my arse” – the band’s first choice of name) certainly suggests the group were still having a whale of a time, even this late in the day. The rowdier material such as Living In A World Without Her, the boozy swagger of Tosspint and a suitably rambunctious cover of Bob Dylan’s When The Ship Comes In were flecked with the glorious abandon of The Pogues’ debut album, Red Roses For Me, while The Sun And The Moon, Where That Love’s Been Gone and a spirited rejig of Ronnie Lane’s How Come found the band hacking into a seam of agreeably rootsy Celtic pop with which they could easily have struck gold had they continued.

Elsewhere, The Pogues’ natural Celtic melancholia suffused the poignant ballad Anniversary, and the group adroitly structured Pont Mirabeau (based on the French love poem of the same name by Guillaume Apollinaire) as a waltz with shades of Peace And Love’s Misty Morning Albert Bridge. The evocative Amadie was also partly sung in French, though it was based on the story of the groundbreaking black Cajun singer, Amédé Ardoin, now credited by Louisiana music scholars with laying the groundwork for Creole music in the early 20th Century.

“The music was bigger than the individuals”

The song which could have significantly raised Pogue Mahone’s profile, however, was Darryl Hunt’s Love You ’Till The End. A gloriously heartfelt long song, buoyed by tender piano and sighing strings, it had been earmarked to follow How Come as the album’s second single, yet it inexplicably remained an album track that never got its chance. The fact it enjoyed a little posthumous glory, both in the 1999 movie Mystery Alaska and on the soundtrack to 2007’s popular romantic drama PS I Love You, reinforces the belief that it could well have taken The Pogues back into the charts and made them reconsider their decision to split. Indeed, with hindsight, Pogue Mahone suggests the group still had some distance left to run.

“The more we played the new material, the more this interesting idea started to emerge that the music was actually bigger than individuals, so long as it’s played with the right feel,” Jem Finer later reflected in an interview for The Pogues’ official website.

“When we began working on this album, we were able to get back to playing songs that were powerful and direct,” he added. “The change of line-up really shook things up and was actually good for the group.”

Find out why The Pogues’ legacy will never fall from grace.