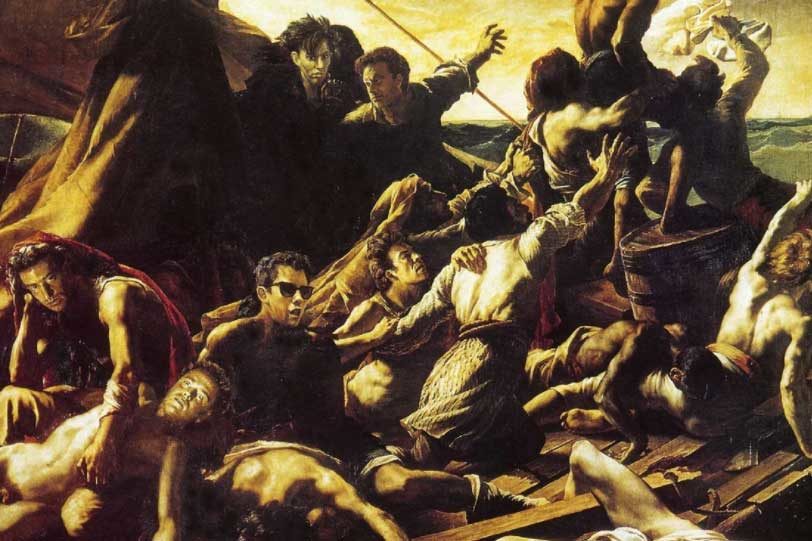 Rum Sodomy & The Lash: Inside The Pogues’ Pivotal Second Album

With Shane MacGowan setting the pace, ‘Rum Sodomy & The Lash’ marked the point where The Pogues’ greatness came to fruition.

The Pogues’ 1984 debut album, Red Roses For Me, was certainly a good start. However, while it was rowdy, rebellious and attention-grabbing, it was also slightly shambolic. Shane MacGowan’s anarchic Anglo-Irish crew had hit upon a sound that was uniquely theirs, but it needed further honing. By the time of their second album, Rum Sodomy & The Lash, The Pogues were ready to prove they could deliver a landmark record with the depth and finesse needed to impact on a much wider scale.

In typical fashion, the band pushed it to the nth degree with the record’s title (which reputedly derived from a Winston Churchill quote about British naval traditions), perhaps serving to intrigue, rather than ward off, newcomers. When Rum Sodomy & The Lash was first released, on 5 August, 1985, it climbed to No.13 on the charts (and later went gold) while receiving critical raves, with the NME astutely declaring, “It’s never sentimental, it’s rarely polite and it’s certainly not ordinary… Rum Sodomy & The Lash is a brilliant example of a band using its resources in an imaginative manner.”

The album came up against stiff competition in a year full of groundbreaking indie/alt-rock releases such as New Order’s Low-Life and The Smiths’ Meat Is Murder. Yet Rum Sodomy & The Lash still holds its own among these exalted titles, and hindsight reveals that the NME’s enthusiastic critique (which also proclaimed the record to be “probably the best LP of 1985”) was wholly justified.

“He got the right performances out of the band”

All signs pointed to The Pogues creating something special for their second album. As 1985 rolled around, the band were permanent fixtures in the UK’s weekly rock press, and the packed house they drew at London’s Clarendon Ballroom for their rousing St Patrick’s Day show proved how rapidly their fanbase was swelling.

Prior to the album sessions, The Pogues had also released two of their most enduring singles courtesy of the rousing Sally MacLennane and the compelling A Pair Of Brown Eyes. A delicate, waltz-time song with a melody loosely based on Francis McPeake’s Irish folk standard Wild Mountain Thyme, the latter especially served notice that Shane MacGowan was fast maturing into a writer of substance.

Both songs were produced by Elvis Costello, who returned to helm the Rum Sodomy & The Lash sessions at London’s Elephant Studios, where he worked in conjunction with engineers Nick Robbins and Paul Scully. At the time, Costello’s celebrity status raised eyebrows, but he was a confirmed fan (The Pogues supported him on tour in 1984) and he had also embarked on a relationship with the band’s bassist, Cait O’Riordan. However, Costello proved adept at separating the personal from the professional during the sessions, and his hands-on methodology proved ideal in fuelling The Pogues’ creativity.

“Elvis’ vision of what The Pogues should sound like wasn’t always the same as The Pogues’ vision, but he was still the right man for the job at the time,” Pogues guitarist Phil Chevron reflected in a 2004 Hot Press interview.

“He recognised that the best way to do it was to record the band live with minimal production… It’s kind of extraordinarily un-produced in its sound, but that’s exactly why. He didn’t impose any production shit or gimmicks on it. He just got the right performances out of the band.”

“The point where the greatness of Shane MacGowan came to fruition”

It helped that The Pogues had a heap of top-notch material to choose from. The likes of Billy’s Bones, Navigator and the aforementioned Sally MacLennane showed there was always room for their quintessential rousing singalongs, but the group were now confident enough to pull off material as rich and diverse as the Sergio Leone-esque A Pistol For Paddy Garcia and the bass-heavy folk-punk hybrid, Wild Cats Of Kilkenny.

Elsewhere, The Sick Bed Of Cúchulainn and The Old Main Drag further reinforced the belief that Shane MacGowan was rapidly emerging as one of his generation’s most original songwriting talents. The dramatic former song imagined the figures of Irish tenor John McCormack and his Australian counterpart, Richard Tauber, in attendance at the bedside of one of the greatest gods of Irish mythology, while MacGowan pulled even fewer punches on The Old Main Drag. A mournfully stark, banjo-driven ode to London’s teenage rent-boy scene, the song features a protagonist being “Picked up by the coppers and kicked in the balls/Between the metal doors at Vine Street, I was beaten and mauled”.

Such was The Pogues’ dexterity at this stage that even the cover versions they chose for Rum Sodomy & The Lash sounded like authentic originals. The band had been turned on to Ewan MacColl’s Dirty Old Town by The Dubliners’ recording, but their own recording – led by drummer Andrew Ranken’s plaintive harmonica – surely remains the song’s definitive cover.

The Pogues also added a unique twist to their downbeat take on the traditional Scottish music-hall tune I’m A Man You Don’t Meet Every Day, getting Cait O’Riordan to handle the lead vocals – which she did with aplomb. Again, it worked beautifully, though the song was arguably bettered by the album’s concluding track: a beautiful yet truly forlorn version of Eric Bogle’s anti-war ballad And The Band Played Waltzing Matilda, for which MacGowan conducted a scalpel-sharp dissection of the life of a young serviceman maimed during World War One’s Gallipoli campaign, whose fate shows him “there’s worse things than dying”.

“We knew it was an essential album”

The creative ingenuity didn’t end with the music, either. Rum Sodomy & The Lash also came housed in a cleverly doctored sleeve, based upon Theodore Gericault’s remarkable Romantic-era painting The Raft Of The Medusa, but with the band’s faces superimposed over those of the original crew members. It inevitably caused some consternation but, ultimately, the objections were muted: fans and band alike knew it was the freshly minted masterpiece inside the old master that mattered.

Rum Sodomy & The Lash was “an essential album”, Phil Chevron told Hot Press in 2004. “Shane allowed his songwriting to define the record, and that made all the difference. As an album, it really was the point where all the greatness that was expected of Shane MacGowan as a songwriter totally came to fruition.”

Find out why The Pogues’ Celtic punk legacy will never fall from grace.