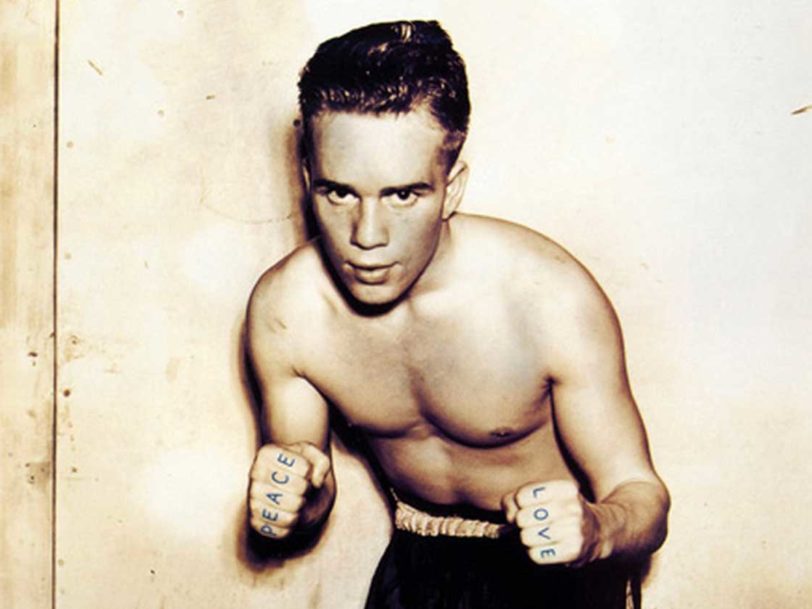 Peace And Love: How The Pogues Rolled With The Punches

Revealing a desire to stretch sonically whole also contending with a decline in Shane MacGowan’s health, ‘Peace And Love’ still holds its own.

The Pogues’ profile was arguably at its highest in 1988. Though the Celtic folk rebels’ signature hit, Fairytale Of New York, narrowly missed out on 1987’s Christmas No.1 spot, it yielded widespread acclaim, as did the album that followed: If I Should Fall From Grace With God, a bar-raising, gold-selling success which led The Pogues to packing out arenas, but ate into the time they needed to prepare for their fourth album, Peace And Love.

Listen to ‘Peace And Love’ here.

“The band was going through a volatile period”

As is often the case in such circumstances, the band felt the pressure mounting as they hurried to arrange new material. The fact their newfound success put additional strain on the group members’ respective friendships hardly helped, either.

“The band was going through a very volatile period at the time,” guitarist Phil Chevron later recalled in an interview on ShaneMacGowan.net. “People were having domestic issues; Darryl [Hunt, bassist] and I witnessed the Hillsborough Disaster” – in which where 94 people were crushed to death during an FA Cup semi-final between Liverpool and Nottingham Forest at Sheffield’s Hillsborough stadium, in April 1989 – “and it has to be said that Shane – indeed, the whole band – was in better shape when we recorded the demos than when we cut the album. By then, disillusion, not to mention various drug cocktails, had set in.”

The Pogues reconvened with producer Steve Lillywhite for the Peace And Love sessions at London’s RAK Studios early in 1989. However, while both parties had hoped they could pick up where they left off after the sublime If I Should Fall From Grace With God, recapturing that same creative vibe proved difficult – especially as band and producer alike were concerned by the decline apparent in Shane MacGowan’s health.

“I think MacGowan’s voice had become weaker, but I made a mistake with Peace And Love in mixing his voice quietly,” Lillywhite reflected in Carol Clerk’s book, Kiss My Arse: The Story Of The Pogues.

“If I’d turned it up, I could’ve made a weak vocal better, so I should apologise to him for that. I feel it could have been a much better album if the vocals had been louder in the mix. Quite often, he would slur his voice a lot, so I would actually move the voice forwards in the track. Now, you can do it really easily, but in those days it was quite a big job. I did that on a couple of tracks to try and get his voice in the right place.”

An overarching desire to stretch sonically, however, meant that Peace And Love found The Pogues venturing further from the impassioned Celtic folk which built their legend. Proceedings kicked off with Jem Finer and Andrew Ranken’s noir-tinged jazz instrumental, Gridlock, while elsewhere Cajun and Zydeco flavours seeped into Blue Heaven; Sergio Leone’s soundtracks loomed large over Tombstone; and Kirsty MacColl returned to active duty – this time duetting with Phil Chevron on the widescreen rock of Lorelei.

More often than not, however, Peace And Love combusted when The Pogues succeeded in getting their errant frontman’s full attention. Described by accordionist James Fearnley as “inimitably and unapologetically MacGowan”, Boat Train told the story of Wolfe Tone associate Napper Tandy’s journey from Ireland to London via Holyhead during the Irish Rebellion of 1798, and it was a return to the vintage, rebel-rousing Pogues of Rum Sodomy & The Lash. Elsewhere, White City (which mourned the demolition of the famous West London greyhound racing track) and the rousing London, You’re A Lady also boasted majestic melodies, and both were liberally streaked with MacGowan’s mercurial lyrical magic.

“What else was there that month?”

Though Peace And Love didn’t have another Fairytale Of New York, Jem Finer’s sumptuous Misty Morning, Albert Bridge came close, going Top 10 in Ireland. Meanwhile, the album cover featured a portrait of a boxer, Commonwealth Games bronze medallist Hugh Cameron, which seemed fitting. Released on 23 July 1989, Peace And Love put up a more than decent fight, peaking at No.5 in the UK, going gold and ensuring The Pogues remained in contention for the foreseeable future.

“In the event, I think Steve was trying to make a record as much for our record companies as for The Pogues,” Phil Chevron, reflecting on their producer’s approached, said in an interview for the band’s official website.

“In an ideal world, these are not incompatible goals, as If I Should Fall From Grace previously proved, but I think this one collapsed under the weight of expectation as much as it suffered from our own flawed humanity. Yet, amazingly, it’s still a great album, however flawed. Besides, what else was there that month – the new Rick Astley?”

Find out more about The Pogues’ legacy – and why they will never fall from grace.