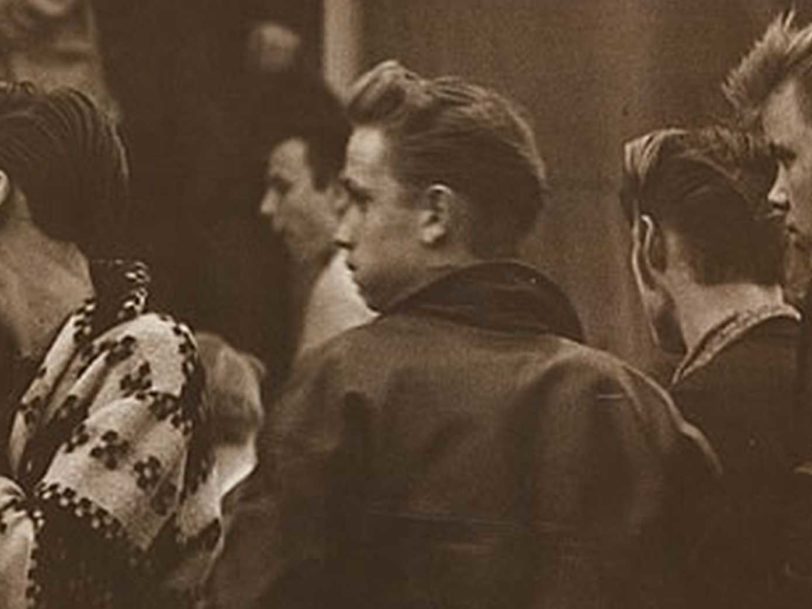 The World Won’t Listen: Tuning Into An Exemplary Smiths Compilation

A stop-gap compilation between albums, ‘The World Won’t Listen’ screamed ‘genius’, thanks to The Smiths’ unbeatable run of singles.

First released in the UK on 23 February 1987, The World Won’t Listen was originally conceived as a simple compilation album featuring all The Smiths’ singles from 1985’s Shakespeare’s Sister through to the band’s then latest, Shoplifters Of The World Unite, along with their respective flipsides.

In effect, the album performed a similar role to 1984’s Hatful Of Hollow. Assembling B-sides, killer radio sessions and a couple of the band’s recent hit singles, that earlier title had bridged the gap between The Smiths’ debut album and Meat Is Murder, while The World Won’t Listen was the perfect stop-gap for fans waiting for the band to follow The Queen Is Dead with Strangeways, Here We Come.

As with Hatful Of Hollow, though, The World Won’t Listen wasn’t quite as straightforward as it initially seemed. For starters, its tracklist also included the previously unreleased You Just Haven’t Earned It Yet, Baby (the song cut as the follow-up to Ask, but then scrapped in favour of Shoplifters Of The World Unite). Additionally, it reprised There Is A Light That Never Goes Out from The Queen Is Dead, as if to acknowledge that this popular album track really should have been a single all along. (It eventually achieved that aim – as a standalone single, it trailed the release of 1992’s … Best II compilation and belatedly went gold in its own right.)

Also, while you could argue that The World Won’t Listen represented an example of the music industry’s “Reissue! Re-package!” mentality Morrissey would shortly take to task on Strangeways, Here We Come’s Paint A Vulgar Picture, Rough Trade were imaginative enough to present the songs in a way which accentuated the aesthetic, rather than the commercial, aspects of the enterprise.

Instead of simply presenting the songs chronologically, The World Won’t Listen was strategically sequenced and flowed beautifully. Opening with the fist-punching Panic, the frisky pop of Ask and the feedback-riven intensity of London, its middle section took in There Is A Light That Never Goes Out and the lilting The Boy With The Thorn In His Side along with magnificent flipsides including the dreamy Unloveable and the wistful Stretch Out And Wait – the latter featuring an alternate Morrissey vocal to the one gracing the B-side of Shakespeare’s Sister. On the home strait, meanwhile, You Just Haven’t Earned It Yet, Baby came sandwiched between the piano-led Oscillate Wildly and the dramatic Rubber Ring, displaying all the punch and pizazz of a substantial hit that, for some inexplicable reason, never quite came to pass.

The album cover was especially dear to Morrissey, who was personally involved in the design process. Depicting anonymous young men at a fairground in the 50s, the photo was taken by photographer Jürgen Vollmer – a close associate of The Beatles during their sojourns to Hamburg during the early 60s – and was originally published in Vollmer’s 1983 book, Rock’n’Roll Times: The Style And Spirit Of The Early Beatles And Their First Fans. That same collection provided The World Won’t Listen’s equally striking rear cover, which portrayed four girls at the same vintage funfair.

Morrissey also selected the album title The World Won’t Listen as he firmly believed that mainstream radio and the wider record-buying public weren’t paying enough attention to The Smiths. It was a topic he’d first touched upon in Meat Is Murder highlight That Joke Isn’t Funny Anymore (the line “Kick them when they fall down” refers to the wider music press’ attitude towards bands going in and out of fashion) and, more pointedly, on The Boy With The Thorn In His Side. In a 1985 interview on The Tube, Morrissey elaborated further, explaining, “The thorn is the music industry and all these people who would just never believe anything I said, tried to get rid of me, wouldn’t play the records.”

Despite their frontman’s concerns, the wider world’s more discerning music heads absorbed the quality offered by this exemplary Smiths compilation. Exclusively released in the UK at first, The World Won’t Listen charted on 3 March 1987, going on to peak at No.2 in an impressive 15-week run in the Top 100 and gaining a gold certification within weeks. In reshuffled and expanded form, the bulk of its tracklist also formed the core of the US double-album Louder Than Bombs, which went Top 40 stateside and then repeated the trick when granted a UK release several months later.

Read more about The Smiths’ Legacy