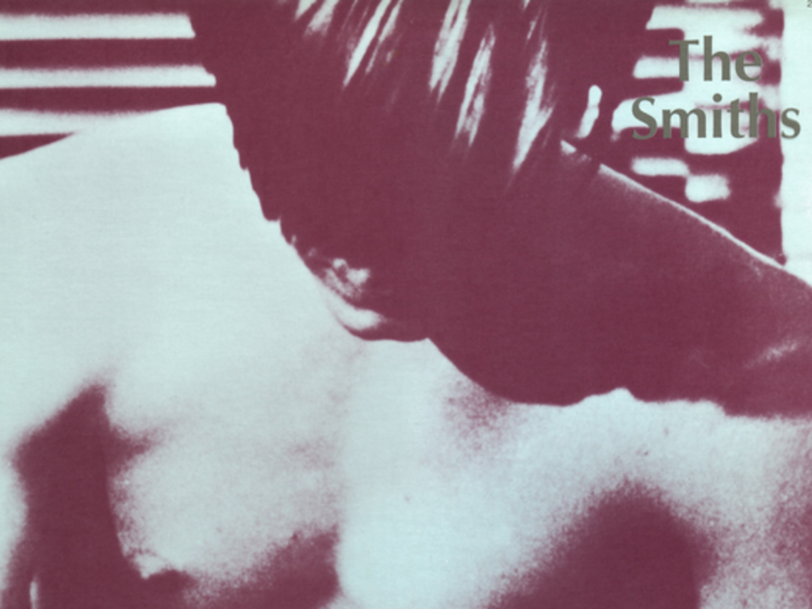 Why The Smiths’ Debut Album Is An Indie Landmark

Hailed as being ‘as fresh and colourful’ Morrissey’s daffodils, The Smiths’ debut album captured the group in their first flush of success.

The old adage may insist “you had to be there”, but if you want to experience the buzz building around The Smiths in their early days, it’s still possible to do so. Footage of the band’s rapturously-received performance from the Derby Assembly Rooms in December 1983 exists on YouTube, recapturing the ecstatic vibe many fans felt in the run-up to the release of The Smiths’ debut album.

“The Smiths will become giants”

Before checking it out, it’s important to remember the fast-rising Mancunian four-piece had released just two singles at that point, with the second, This Charming Man, having only recently cracked the UK Top 30. Yet the Derby gig (filmed for an Old Grey Whistle Test special) captures The Smiths as they’re about to go supernova. Bouquets of flowers land at their feet during This Charming Man; a besotted teenage boy leaps onstage and almost hugs Morrissey to death during Hand In Glove; the frantic encore of You’ve Got Everything Now ends in a full-on stage invasion with Morrissey pulled to the floor by adoring fans.

Reminiscent of Beatlemania, the live footage reveals that fatal fame was already there for The Smiths’ taking. In fact, the level of anticipation remained so high that The Smiths’ self-titled debut album shot straight to No.2 on the UK album charts when it was released on 20 February 1984. However, while the chart positions and subsequent gold disc speak for themselves, fans initially felt an unexpected air of anti-climax.

In retrospect, some of the criticism seems unjust. Though that same year’s Hatful Of Hollow compilation arguably saw the band record definitive takes of several of their debut album’s songs for during BBC sessions, the record contained plenty of magic, and it sounded admirably consistent bearing in mind it was put together piecemeal from sessions held during breaks in the band’s autumn 1983 UK tour.

Overseen by former Teardrop Explodes guitarist Troy Tate, aborted initial sessions for The Smiths’ debut album actually took place at London’s Elephant Studios during the summer of 1983. As the withdrawn single version of Reel Around The Fountain, the alternate, cello-enhanced take of Pretty Girls Make Graves (later released on the 2008 compilation The Sound Of The Smiths) and popular B-side Jeane later proved, these sessions weren’t without merit, but both the band and Rough Trade were largely unhappy with the results. However, after The Smiths enlisted ex-Bryan Ferry producer John Porter to oversee This Charming Man, the band accepted his offer to re-record their debut album from scratch.

“John immediately got us results”

Porter duly put the album together from fresh sessions, mostly at Pluto in Manchester, but with additional recording and mixing taking place at two London studios, Matrix and Eden. The Smiths liked Porter, and he brought the stability the band needed as they acquainted themselves with studio techniques. “Working with John immediately got us results,” Johnny Marr recalled in Simon Goddard’s The Smiths: Songs That Saved Your Life. “He and I formed a musical and personal relationship that was inspiring. He nurtured not just me but all the band.”

Porter’s disciplined production ensured The Smiths’ debut album came to fruition, but his methods had some downsides. Though crisp and clean-sounding, his takes of Miserable Lie and You’ve Got Everything Now lacked punch, with the latter steamrollered by the muscular BBC recording included on Hatful Of Hollow. By comparison, the producer’s efficient methods suited a lean and nimble Still Ill, and his decision to include ex-Squeeze session man Paul Carrack’s discreet piano and organ textures added a new layer of sophistication to Reel Around The Fountain and the plangent I Don’t Owe You Anything.

“I expect the highest critical praise”

Porter also showcased Johnny Marr’s natural talent in as vivid a light as possible throughout, with many of the tracks featuring extensive guitar filigree. Porter also understood that less could be more, and two of The Smiths’ greatest triumphs, The Hand That Rocks The Cradle and Suffer Little Children, delivered thanks to both the clarity of his production and the restraint of the band’s performances.

Notably devoid of Morrissey’s traditional bon mots and Wildean wit, both songs were especially brave, as they tackled subjects previously deemed taboo. The Hand That Rocks The Cradle alluded to child abuse, while the mournful, elegiac Suffer Little Children reflected on the horrific crimes committed by the Moors Murderers, Ian Brady and Myra Hindley, during the 60s. Even though it was written in tribute to the children the notorious duo abducted and murdered, the song predictably caused a furore in the tabloids. However, after Morrissey established a friendship with Ann West, the mother of Moors victim Lesley Ann Downey, she accepted the band’s intentions had been entirely honourable all along.

Tabloid intrusions aside, The Smiths themselves had mixed feelings over how their debut album turned out. Though he talked it up at the time, saying, “It’s a very, very good album – it is a signal post in music,” in a Record Mirror feature, Morrissey later expressed his doubts about the execution of the record, if not the songs themselves.

“We were better than anyone else”

However, in that same Record Mirror article, he declared, “I really do expect the highest critical praise for it,” and the more enlightened media observers duly obliged, with Melody Maker observing, “The Smiths will quickly and justifiably become giants. This, their first album, is as fresh and colourful as the newly picked daffodils that wordsmith Morrissey likes to wave about onstage.”

“I think the only way that record could have got made was for John Porter to come in and show us how to make a record properly, which is what he did,” Johnny Marr told Record Collector, while reflecting on The Smiths’ debut album in 1992.

“I was happy that people were getting a chance to hear us, because we were better than anyone else at the time and I just thought I was happy to make a record,” Marr added. “Just that it existed and the songs were there for people to hear was enough for me.”