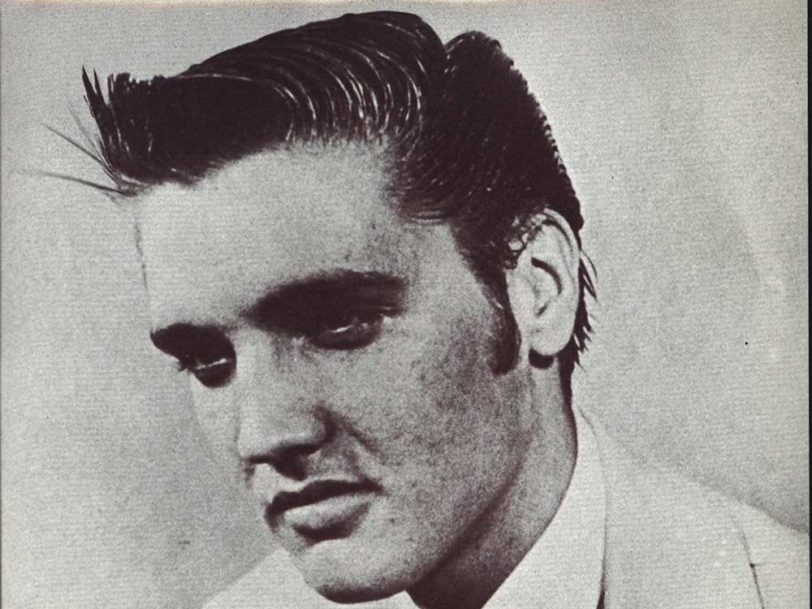 Shoplifters Of The World Unite: How The Smiths Stole Away With A Classic

The third of four of standalone UK Top 20 hits bridging the gap between The Smiths’ landmark third album, The Queen Is Dead, and their swansong, Strangeways, Here We Come, Shoplifters Of The World Unite was first released on 26 January 1987, backed with two excellent B-sides in London and Half A Person.

The single that almost wasn’t

Housed in a typically striking sleeve with a photograph of the young Elvis Presley, taken by James R Reid, Shoplifters Of The World Unite peaked at No.12 – not a bad result bearing in mind it wasn’t initially earmarked as The Smiths’ next single. The band had intended to follow Ask with the significantly catchier You Just Haven’t Earned It Yet, Baby (even pressing up white-label copies of the track) before they changed their mind – almost at the last minute.

The Smiths recorded You Just Haven’t Earned It Yet, Baby while they were briefly a quintet, with guitarist Craig Gannon joining them both onstage and in the studio during the summer of 1986. Gannon also played on London and Half A Person, but the band reverted to their classic four-piece line-up by the time they entered London’s Trident Studio in November 1986 to cut Shoplifters Of The World Unite. As regular co-producer Stephen Street was unavailable, guitarist Johnny Marr took over the production reins, with future Smashing Pumpkins and Nine Inch Nails producer Alan Moulder engineering.

The Smiths had assumed the Trident Studio they’d booked would be the famous room previously used by The Beatles, David Bowie and Lou Reed, but on arrival they discovered they would be in the smaller, adjoining “jingle” studio, forcing them to wait until the secretaries left before Mike Joyce’s drums could be set up in the reception area.

Despite this initial setback, the dense, atmospheric Shoplifters Of The World Unite sounded great, even if some spectators felt Johnny Marr was trying to emulate the sound the band had achieved with the groundbreaking How Soon Is Now?

“It’s just what I was playing at the time,” Marr countered in Tony Fletcher’s The Smiths: A Light That Never Goes Out. “It’s rhythmical and it’s midtempo and it’s swampy, but I would never have been as gauche as to try and recreate one of our songs.”

“I like the [guitar break] in Shoplifters,” he later told Guitar Player. “That was the first time I used harmonising layering. People have said it sounds like Brian May, but I was thinking of stacked Roy Buchanans.”

“It does not literally mean picking up a load of bread”

Shoplifters Of The World Unite also inspired one of Morrissey’s most impressive vocal performances. His delivery was restrained during the brooding verses, but his voice soared during the song’s anthemic chorus. He also harmonised beautifully with himself and eschewed the digital effects used on his vocal for Bigmouth Strikes Again. However, neither his lyric, nor the song’s title (which alluded to Karl Marx and Friedrich Engels’ famous slogan “Workers Of The World Unite!”) were meant to be taken at face value.

“It does not literally mean picking up a loaf of bread or a watch and sticking it in your coat pocket,” Morrissey told playwright Shaun Duggan during an April 1987 interview for The Tube. “It’s more or less spiritual shoplifting – cultural shoplifting, taking things and using them to your own advantage.”

“A great song that means so much to me”

As it turned out, The Smiths only ever performed Shoplifters Of The World Unite once in concert, premiering the track at their final live show at London’s Brixton Academy on 12 December 1986. They did, however, perform it on Top Of The Pops as the record climbed the charts in February 1987, and then again on The Tube in April that year, along with their next single, Sheila Take A Bow.

Shoplifters Of The World Unite has nonetheless endured, and became a staple of Morrissey’s live set during his post-Smiths solo career. He regularly performed the song during his 1995 and 1997 tours, while promoting the Boxers single and Maladjusted album, and it was one of a clutch of his favourite Smiths songs which featured on 2005’s full-length Who Put The M In Manchester concert film.

It’s a song Morrissey never seems to tire of. As he told Ireland’s RTÉ Guide: “It’s one of my all-time favourite songs – a great song that means so much to me.”