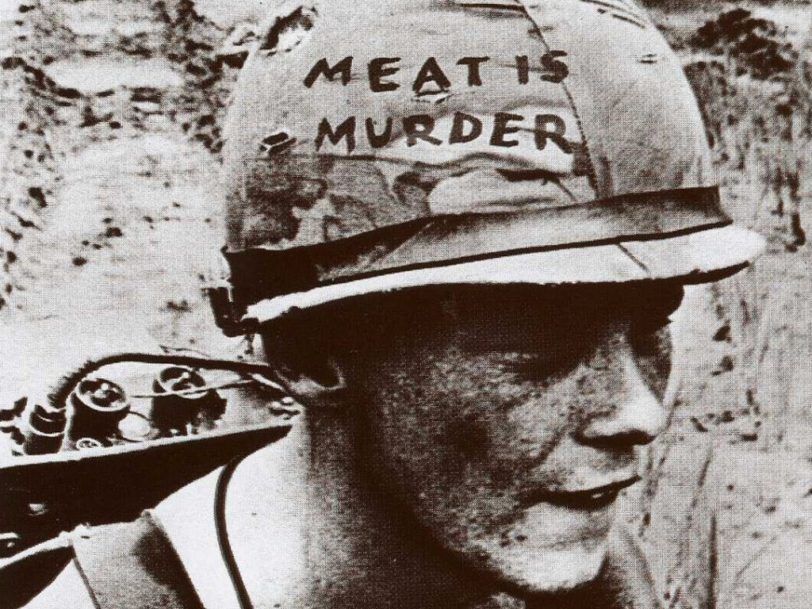 Meat Is Murder: How The Smiths Cooked Up A Classic Second Album

With its ‘direct statement’ and musical and lyrical innovations, the ‘Meat Is Murder’ album was the sound of The Smiths raising their game.

To all intents and purposes, The Smiths’ self-titled debut album was a great success. It hit No.2 in the UK, won the band a gold disc and established the Manchester quartet as a mainstream act. Artistically, though, it was a compromise, with the group deferring to two separate producers as they pieced the record together. For their second album, Meat Is Murder, they decided to take on production duties themselves – with a little help from their trusty new engineer.

Listen to Meat Is Murder here.

“The feeling in the band was very positive”

Rough Trade label boss Geoff Travis “called and said the band want to do a record where they can produce it themselves”, Stephen Street told Uncut in 2015. “They want to work with an engineer they like and trust – would I be up for it?”

Originally learning his trade as an in-house engineer for Island Records, Street was blown away by The Smiths’ second single, This Charming Man, and harboured desires to work with them thereafter. He took care of the sonics on the band’s first UK Top 10 hit, Heaven Knows I’m Miserable Now, and jumped at the opportunity to man the console for the Meat Is Murder sessions.

“I was literally the same age as Morrissey,” Street told Uncut. “I’m in the same age group as the band. Morrissey was the eldest, then it was me. So it was a bunch of guys together. We were experimenting. You could tell that the feeling in the band was very positive.”

“They knew they were on to something good”

The vibe in The Smiths’ camp circa Meat Is Murder was indeed extremely upbeat as the album came together during sessions at Amazon Studios in Kirkby, outside Liverpool, in the winter of 1984. The band were driven to the studio in a white stretch Mercedes from Manchester on a daily basis, and their camaraderie was at an all-time high.

“We had about 80 per cent of the songs already in hand,” Andy Rourke remembered. “We always worked in the same way. Johnny, myself and Mike would put down a rough track with Johnny playing live guitar, just so we had a reference. We’d go all the way back and Mike would lay down the drums proper, listening to Johnny’s guitar, and then I’d put the bass on top. Then Johnny would layer all his guitars. Lastly, Morrissey would do his magic over the top.”

Sonically, Meat Is Murder found The Smiths upping their game. Marr’s trademark jangly guitars still drove I Want The One I Can’t Have and the poignant Well I Wonder, but the record’s overall sound was tougher and broader stylistically, with Rusholme Ruffians and Nowhere Fast both inflected with rockabilly, and the seven-minute Barbarism Begins At Home propelled by an infectiously funky groove.

Lyrically, too, Morrissey was hitting new heights. While his words had previously lingered on feelings of emotional isolation and sexual longing, and were often painted in a distinctly nostalgic hue, he was now writing songs reflecting the socio-political issues of the day.

“It was a challenge, but I enjoyed it”

Morrissey came out fighting with The Headmaster Ritual, in which he addressed his unhappy school days in Manchester, policed by “belligerent ghouls” of teachers who left terrified pupils with “bruises bigger than dinner plates”, and he addressed domestic violence and child abuse on Barbarism Begins At Home (“A crack on the head is what you get for asking”). Rusholme Ruffians – which described stabbings and a suicide attempt – also brimmed over with violence, yet Morrissey pulled even fewer punches on the album’s title track, during which he asserted his pro-vegetarian stance in no uncertain terms.

The song was “a direct statement” he told the NME in December 1984. “Of all the political topics to be scrutinised, people are still disturbingly vague about the treatment of animals. People still seem to believe that meat is a particular substance, not at all connected to animals playing in the field over there. They don’t realise how gruesomely and frighteningly the animal gets to the plate.”

Morrissey’s visceral imagery (“And the flesh you so fancifully fry/Is not succulent, tasty or kind/It’s death for no reason/And death for no reason is murder”) was matched by the song’s sombre backing track, which took shape during the final album sessions at Ridge Farm Studios in Surrey. The music hadn’t previously been demoed, and it sprang from a studio jam which Johnny Marr enhanced with piano before Morrissey asked Stephen Street to create the sound of an abattoir with help from a BBC Sound Effects album.

“It was a challenge, but I really enjoyed it,” Street said in 2015. “I found some machine noises and put them through a harmoniser and turned the pitch down so they sounded darker and deeper. I did the same things with the cows to make it sound spooky. It was like a sound collage. The band learnt how to play it live after we recorded it.”

“The stars were in alignment”

The Smiths were confident they’d created a keeper with Meat Is Murder, and they were proved absolutely correct. Released on 11 February 1985, the album shot to No.1 in the UK, dislodging Bruce Springsteen’s Born In The USA and going gold almost instantly. The band celebrated with a major 23-date tour of their homeland, with prestigious European and North American tours following. In the wake of Meat Is Murder, The Smiths’ collective star was firmly in the ascendant.

“They knew they were onto something good,” Stephen Street later recalled of this exhilarating time in the band’s history. “Everything was flying, and it was all very exciting. Everything seemed to be working and it felt like the stars were in alignment.”