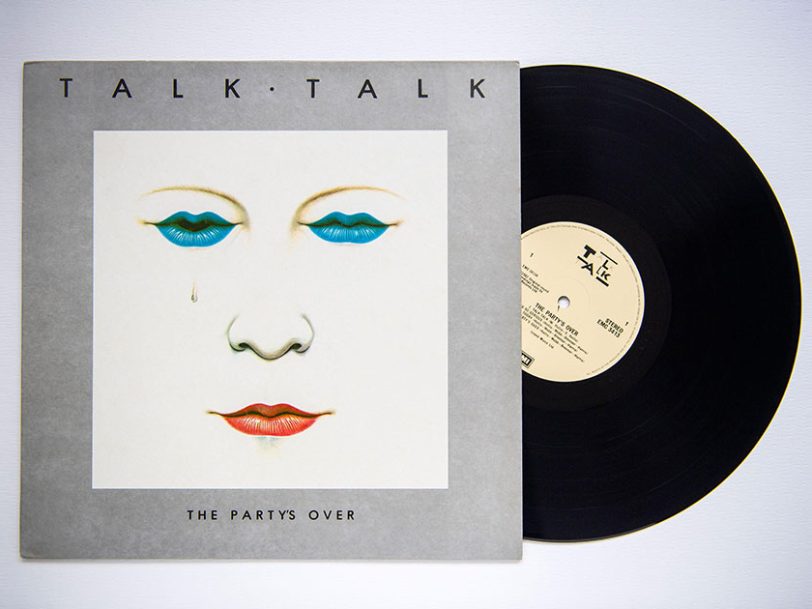 ‘The Party’s Over’: Why Talk Talk’s Debut Album Needs Celebrating

Synth-pop on the surface, but with more going on below, Talk Talk’s debut album, ‘The Party’s Over’, was just the beginning for Mark Hollis.

Most of the discussion surrounding Talk Talk’s debut album focuses these days on what it’s not: it’s not the art-pop turnaround of The Colour Of Spring or Spirit Of Eden – rightly revered records that, for some, have effectively deified the group’s late frontman, Mark Hollis – and it’s not the blockbuster synth-pop smash the band’s record label hoped it would be. But these observations overlook what the album is. Issued in the summer of 1982, The Party’s Over offered a clear indicator that, despite its contemporary production – and surface-level reaction from some quarters of the press – Talk Talk were never going to be of a piece with the New Romantic bands they were initially lumped in with. As NME noted at the time, their early music may have been catchy, but there was a “darker side; a gothic, almost celestial majesty” to the songs that made up The Party’s Over. Indeed, scratch beneath the surface and you’ll hear a confident group already shrugging off the restrictions of pop convention.

Listen to ‘The Party’s Over’ here.

“People who say that obviously haven’t listened to us properly”

Not that there wasn’t a precedent for the comparisons. Talk Talk had received crucial early exposure supporting Duran Duran during a UK tour at the end of 1981 and, aside from a penchant for repetitive naming, the two groups shared a producer, Colin Thurston, who had already helmed Duran Duran’s self-titled debut album and was working across their gargantuan follow-up, Rio, while also manning the boards for The Party’s Over.

Explaining the band name, Mark Hollis told Sounds that he liked the fact the group were named after one of their own songs: it was “really instant in terms of memorising it. Plus it didn’t in any way categorise us.” As to the musical comparisons with Duran Duran, an exasperated Hollis told Smash Hits that Talk Talk had been “compared to 11 different bands!” – a diverse bunch including Echo And The Bunnymen, Styx, U2 and Roxy Music – and that, “People who say that obviously haven’t listened to us properly.”

“A band should be able to develop constructively, like Bowie”

It was a fair assertion. While visiting the group as they worked on The Party’s Over in Chipping North Studios, Oxford, in January 1982, NME’s Adrian Thrills noted that their “credible pop… floats somewhere between a jazzier Teardrop Explodes and the deft adroitness of The Cure”. For his part, Hollis felt that Talk Talk were “closer to a jazz quartet than a rock band”: a four-piece consisting of keyboards, bass, drums and vocals, their lack of guitar allowed them “to get the melodies across with more force. You’ve got a rhythm section to provide the beat, and the keyboards to provide the melody, which they can do much better than a guitar.”

Force wasn’t an issue with the song Talk Talk itself. Dating back to 1977 and Hollis’ time in a punk band called The Reaction, The Party’s Over’s opening track, co-written by Mark and his brother, Ed, of Essex punk firebrands Eddie And The Hot Rots, powered along on thick electronic drums and agitated lyrics which, The Guardian would later note, introduced common themes in the band’s work: “existential wariness, a mistrust of language and an overpowering sense of outsiderness”. Though a piano breakdown flaunted the group’s ambitions towards a more cerebral musicality, Talk Talk was an attention-grabbing start; its initial single launch stalled outside the UK Top 50, but a remix by Roxy Music producer Rhett Davies took the song to No.23 a few months later.

Other singles Today and Another World (the latter released in Germany following its appearance in the German TV crime drama Derrick) made cheerful re-use of the synthetic percussion and half-anguished, half-defiant vocals deployed on Talk Talk. But while Today scored the group their first UK hit when it peaked at No.14, it also set false expectations over Talk Talk’s interest in becoming pop pin-ups. Elsewhere, The Party’s Over’s album cuts belied the group’s early intention of moving away from the 80s pop framework.

Duran Duran may have been the first reference point that many critics reached for, but the album’s basslines, played by Paul Webb on a fretless bass, often have more in common with those of Mick Karn of avant-popsters Japan, while the glacial synths that sit behind Mark Hollis on the chorus of It’s So Serious share DNA with Low-era David Bowie. Indeed, while Hollis told Smash Hits’ Dave Rimmer that he would rather see Talk Talk be compared to artists such as soul singer Otis Redding (“He combines real power with tenderness”), songwriters Burt Bacharach and Hal David (“They were so consistent over a long period of time”) and jazz saxophonist John Coltrane (for, simply, “arrangements”), Bowie was a frequent touchstone. Speaking to Sounds magazine, Hollis said, “My idea is that a band should be able to develop constructively, like Bowie. Regardless of whether your next thing is considered better or worse, it must be a positive development.”

Though Talk Talk’s development towards the experimental pop of The Colour Of Spring may have seemed unthinkable when The Party’s Over was released, on 12 July 1982, Hollis’ lyrics were clearly the work of a restless mind who felt he had more to accomplish. Despite its synth-pop calling cards helping it reach No.21 in the UK, the album stood apart from that summer’s all-consuming mega smash, Hungry Like The Wolf. Where Simon Le Bon conjured a neon-lit world of young-blood desire, Mark Hollis sang of an atrophied life on The Party’s Over’s title track. More anguish came in the shape of Have You Heard The News? “It’s about being with someone who has had a bad accident, and the guilt that you feel although you were in no way responsible,” the singer explained.

Bringing The Party’s Over to a downbeat close, Candy shook off some of the weight of those electronic drum pads with more atmospheric work from Webb and pianist Simon Brenner, Hollis delivering a vocal which makes it clear this particular dalliance is done for good. When Talk Talk returned, with 1984’s It’s My Life, it was without Brenner, but with the addition of long-term collaborator and producer Tim Friese-Greene. The closest thing Mark Hollis would make to a straight pop album was behind him. That positive development was already underway. “I want to write stuff that you’ll be able to listen to in ten years’ time,” Hollis told NME. “The last thing I would want is to be thought of as a disposable group.”

Buy ‘The Party’s Over’ on vinyl at the Dig! store.