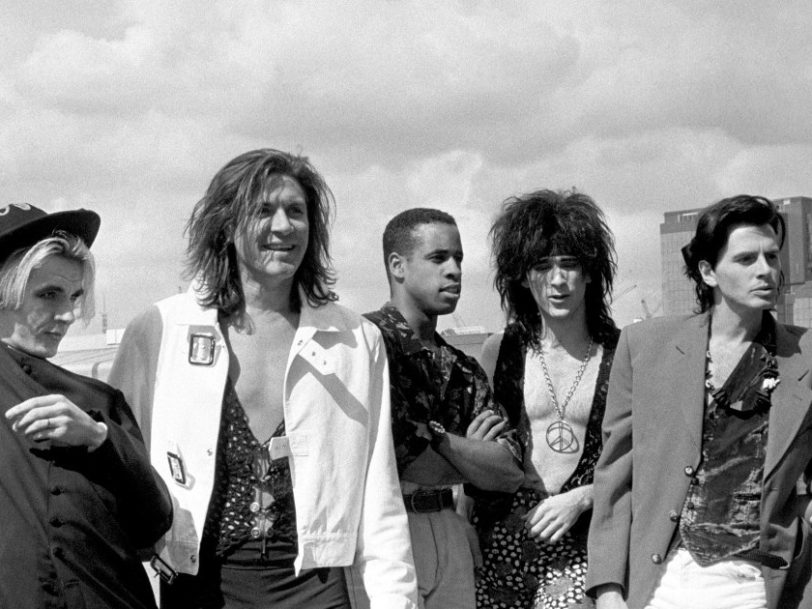 Hungry Like The Wolf: Behind Duran Duran’s Feast For The Eyes And Ears

A revolutionary song that broke Duran Duran in the US, Hungry Like The Wolf changed everything for Britain’s New Romantic icons.

When the newly launched MTV picked up on Hungry Like The Wolf, Duran Duran were barely known in the US. Beyond a scattering of interest along the tastemaker East and West Coasts, the British five-piece had yet to break the Billboard Hot 100, and it would take a later reissue for their self-titled debut album to crack the Billboard 200’s Top 10.

However, the revolutionary video-music channel would change Duran Duran’s fortunes – and enable the so-called Second British Invasion of the charts, with a clutch of bands such as The Human League, Soft Cell, ABC and Spandau Ballet also set to benefit.

An instinctive grasp of visuals

Easily one of the best Duran Duran songs, Hungry Like The Wolf is a punchy power-pop composition, written by the band, which evolved during lengthy sessions for their second album, May 1982’s Rio. Recording with the late Colin Thurston, who reprised his role as producer, had taken place the previous winter at London’s AIR Studios, with a set of fresh demos offering an innovative genesis for the project that would transform the group into global superstars.

With its credible rock-guitar anchor, urgent funk-disco hooks and of-the-moment screaming synth top notes, Hungry Like The Wolf served as the strongest possible re-introduction to the band that, notoriously, straddled the polarised genres of punk, rock and disco. What unified such a strange blend of influences was the group’s instinctive grasp of visuals in the new video age, in which performance and presentation carried at least equal weighting to the music. Duran Duran had already proved they could create innovative promo clips, such as the one they had made for Girls On Film, lifted for single release from their debut album. For Rio, the band mastered the art of international hit-writing, too.

Erotica of the most dynamic kind

Released on 4 May 1982, Hungry Like The Wolf peaked at No.5 in the UK, where Duran Duran had already secured a sizeable following. In the US, its fate seemed less secure until MTV picked up on the stunning promo, which was directed by Russell Mulcahy. The band had travelled to Sri Lanka to film the clip, described as a sexualised Indiana Jones epic and designed to mirror the song’s clear lyrical intent. This was PG-13 erotica of the most dynamic kind, and the video’s bewitching blend of sharp editing and high-impact backdrops (also seen on the group’s follow-up Save A Prayer promo) was little short of revolutionary, with one MTV executive calling it “the greatest video” he had ever seen.

No matter that Rio’s title track had also been released stateside, Hungry Like The Wolf slowly started to gain momentum as radio stations picked up on the buzz, with the track eventually berthing at No.3 in March 1983 during a staggering 23-week run. Keyboard player – and arguably the band’s creative director – Nick Rhodes would describe Duran Duran’s subsequent impact as close to “Beatlemania”, with the group’s tour and personal appearances routinely devolving into scenes of teenage hysteria. It would mark a run of sensational success during which the quintet enjoyed two No.1s with three different records on each side of the Atlantic.

Such commercial fortune is rarely routinely followed by critical acclaim, but Hungry Like The Wolf won awards for its video, with the clip securing a Grammy in 1984, along with many further accolades in the years ahead, forever enshrining it as one of the best music videos of all time.

With just one song, Duran Duran decisively reinvented what it meant to be a pop star in the early 80s – the hooks were unmissable, the lightly risqué lyrics carried an air of knowing caricature and the visuals were colourful and distinctive. This was rock you could dance to and look at: up-and-coming acts such as Madonna and Tears For Fears would soon perfect their unique take on the formula, while even established US artists such as Bruce Springsteen would come to embrace the new video age.

Two years into the new decade, it could be argued that the 80s started right here…