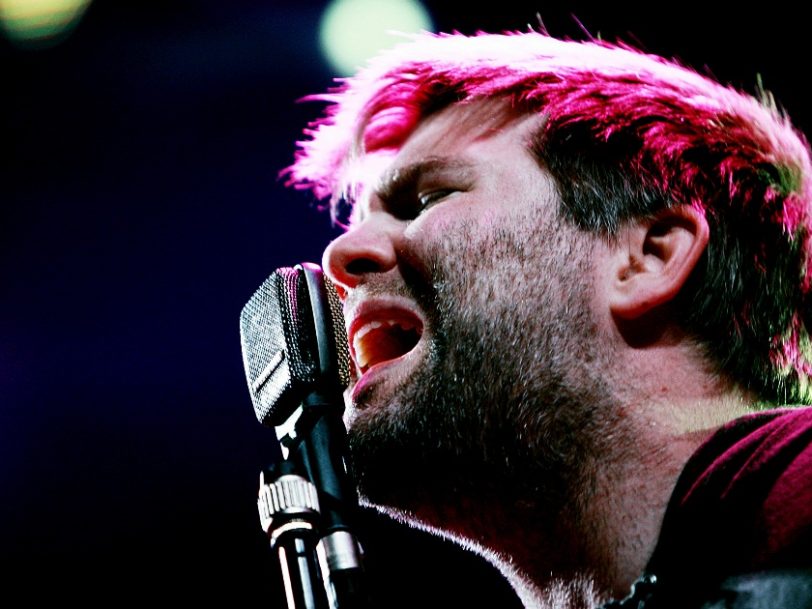 Forcing the US to contribute to the global dance-music phenomenon it had instigated, ‘Sound Of Silver’ was LCD Soundsystem’s richest work yet.

LCD Soundsystem’s acclaimed, Grammy-nominated electro-rock double-album, Sound Of Silver, was released in 2007 by the influential post-punk revival label DFA. The follow-up to the group’s self-titled 2005 debut, it gave James Murphy and co a chance to focus on creating a record intended as a body of work in and of itself, as opposed to the collection of scattered singles that had made up its predecessor.

Listen to ‘Sound Of Silver’ here.

Years ahead of the curve

Featuring their raison d’être-defining calling card, Daft Punk Is Playing At My House, LCD Soundsystem’s debut had gone some way towards redressing the balance of a US guitar-band scene that had been slow to take influences from dance music fully to its heart. The UK had already seen a couple of waves of such bands since the 80s, but here was a stateside group taking elements from electronica and combining them with indie-style songwriting – often focusing on endless parties wearing thin with age, but nevertheless pulling you back in.

LCD Soundsystem also had a different take on the music business: years ahead of the curve, the band streamed the entirety of Sound Of Silver for free via the then dominant musicians’ platform MySpace. Released on 12 March 2007, the album also received extensive download sales, and sailed to the top of Billboard’s dance chart.

“Songs with heart and soul”

Sound Of Silver opens as it means to go on, with the electronic drums of the shuffly Get Innocuous!, whose rising riff acknowledges a debt to Kraftwerk’s 1978 single The Robots, while Murphy’s vocals come in part from Spandau Ballet frontman Tony Hadley’s playbook. The song was also treated to a long, chunky Soulwax remix, starting straight in with the Kraftwerk hook and bringing the vocals of Murphy’s singing partner, Nancy Whang, to the fore. The funky release of the slightly bitter breakup song Time To Get Away follows. A complementary, if slightly sparser, remix from Gucci Soundsystem was also worked up for one of the album’s B-sides.

Lifted as Sound Of Silver’s lead single, the ultimate apologetic hipster anthem, North American Scum, punctured the UK Top 40 with its self-effacing humour. Bolstered with handclaps from Marcus Lambkin, aka another DFA act, Shit Robot, the song also found James Murphy unleashing a falsetto The Darkness’ Justin Hawkins would have been proud of. As befitting the single’s video, its remixes included a spacey retool from Kris Menace, while LCD Soundsystem themselves provided a gritty, wildly acidic dub. When the group disbanded, in 2011, Arcade Fire joined them onstage for a celebratory live rendition of the song, completing the circle of US indie-rock royalty.

In contrast to Time To Get Away, the throbbing, juddering Someone Great sees Murphy on the wrong end of the breakup, offsetting the song’s emotional with the faux innocence of a glockenspiel line that seems like a nod to Sunday Morning, by previous New York City legends The Velvet Underground.

Sound Of Silver’s epic, much-loved second single, All My Friends, is a song about friendships that resembles a song about a frayed love affair. Extending the association with LCD Soundsystem’s art-rock forebears, it was covered for single release by the Velvets’ John Cale, with another take coming from Scottish kindred spirits Franz Ferdinand (in a version produced by Erol Alkan, from London’s famous Trash club). It also attracted a sleazy remix by Balearic legend DJ Harvey. Highlighting a riff that felt like an off-kilter version of Roxy Music’s Virginia Plain, the song’s video also had Murphy paying his respects to another glam legend and channelling his inner Ziggy Stardust with some Transformers-like face paint; Murphy and David Bowie later worked together on the latter’s final album, Blackstar.

The lengthy, cowbell-enhanced Us V Them follows on the album. Bringing to mind the disco perfection of Sylvester’s Over And Over, it inspired an even longer, more laidback remix. Both this song and Watch The Tapes continue Sound Of Silver’s dizzying tour of messy nights out, while the slightly Balearic title track’s spiralling chant captures the way people look back at their teenage years with both longing and a shudder of recognition. An appropriately pumping remix of the latter, from Detroit legend Carl Craig, connected the song with classic 80s Chicago house.

The album ends with the self-explanatory New York, I Love You But You’re Bringing Me Down, which takes things back to Murphy’s 90s roots, even featuring guitar from A Justin Chearno, a regular from indie-pop label Teen-Beat. The song also features piano from Morgan Wiley of Hercules And Love Affair and cello and violin from Jane Scarpantoni and Lorenza Ponce, among other guests.

Praised by the NME for featuring “songs with heart and soul” that will “keep you hooked long after the beats have worn you out”, Sound Of Silver has, indeed, outlived the post-punk-influenced indie-dance scene that bore it. Forcing the US to capitulate to the global dance-music phenomenon that it had originally instigated in the lofts and clubs of New York City, the record has since been sampled by Kid Cudi and EDM legend A-Trak.

Disco was home again, and Sound Of Silver led the way.