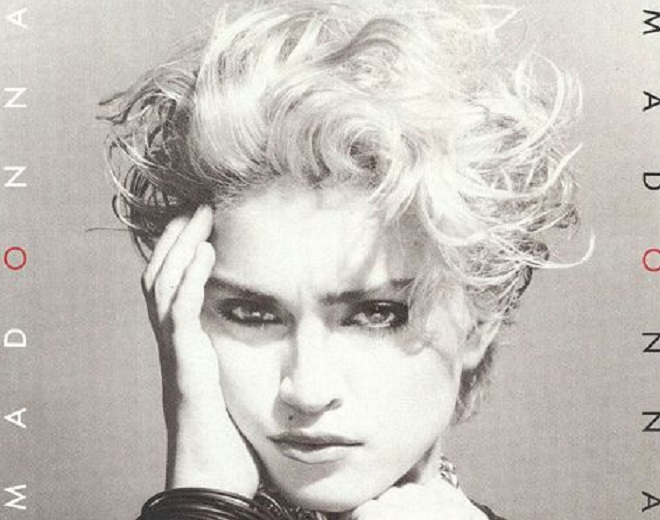 Containing the principal ingredients of her early 80s output, Madonna’s self-titled debut album could not be silenced.

No one quite knew what to expect from Madonna’s self-titled debut album. By the time it hit the shelves, in the summer of 1983, the singer-songwriter had already enjoyed a No.3 US dance hit – the Mark Kamins-produced Everybody – but, though she had a growing reputation on the club circuit, her label wasn’t entirely sure how to market the woman who would become a global sensation in just under two years.

“I wasn’t in control”

The obvious answer was to pair her with someone who could tease out the R&B leanings of her fledgling style, and let established producers and songwriters help with the rest. Despite writing five of the eight tracks on her debut, Madonna admits she wasn’t really leading the project. “The musicians were all guys who are making a thousand dollars a day in the studio, so we couldn’t rehearse much,” she later recalled. “Halfway through, we all started doubting each other… and I went to England during the recording, so I wasn’t around for a lot of it – I wasn’t in control.”

That was quite a confession from an artist so celebrated for having kept an iron grip on her career for over four decades, but there’s no doubt Madonna’s instincts are all over the Reggie Lucas-produced record. Of its eight songs, three are among Madonna’s most famous hits, and each has something to say about what would follow.

Holiday, a track added at the last minute by her then boyfriend, John “Jellybean” Benitez, became the star-in-waiting’s breakout single. Written by Pure Energy’s Curtis Hudson and Lisa Stevens, it had already been rejected by Mary Wilson and Phyllis Hyman, but the Jellybean production and Madonna’s spirited vocals elevated the song to classic status as it became a worldwide hit across the winter of 1983-1984. Simple, direct and incredibly catchy, it contains the three principal ingredients of Madonna’s early 80s output.

Meanwhile, opening the album, the Madonna-penned Lucky Star is a powerful pop-club earworm that quickly sealed her reputation as the definitive dance diva, but was actually issued a full year before it peaked inside the US Top 5. Unlike Holiday, it was paired with a striking video – another signature of the singer’s perennial appeal, and an early indicator that, for Madonna, the visuals really matter.

Her debut album’s final smash, Borderline, has echoes of the classic Motown sound and became Madonna’s first entry on the critical US adult contemporary charts. Broadening her appeal across the genres, it also sowed the seeds for the epic ballads and midtempo draws, such as La Isla Bonita, that she would later also master.

Sharing that addictive intensity of her early years, these three quite different cuts remain the highlights from Madonna’s self-titled debut album. Meanwhile, other songs position themselves closer to the club-soul market of the day. That debut single, Everybody, had featured on the demo tape that persuaded legendary impresario Seymour Stein to sign the ambitious young singer to Sire Records in the first place. A starker electro-pop nugget, it became a decent-sized dance hit and was supported by a simpler in-performance video. Burning Up was the second single to get issued ahead of the Holiday breakthrough and was an urgent pop-rock number that became the singer’s first hit in Australia, where it landed at No.13.

The album was rounded off by I Know It (urgent and melodic), Think Of Me (the record’s most obvious R&B shuffler) and Physical Attraction (a spikier dance cut that almost sits at the sweet-spot of a Burning Up and Everybody Venn diagram), and Madonna’s reputation built over the course of the following year, as each single release did better than the last. By the time Lucky Star had peaked stateside, however, it was causing problems. Madonna’s second album, Like A Virgin, was in the can but found itself delayed by the seemingly endless success of the music she had recorded many months earlier.

“She was a true professional”

As was her way, Madonna was eager to move on. But her debut album’s singles just wouldn’t be silenced. Holiday became a hit all over again in Europe in 1984, and, by August 1985, Madonna was at No.1 in the UK with Into The Groove, with a reissued Holiday sitting just one place behind it in the charts. The following year, Borderline would re-enter the British charts and climb to No.2, while, in 1991, Holiday would yet again reach the UK Top 5.

Also in 1985, the Madonna album itself would be reissued, with new artwork, in Europe as The First Album, but the original Gary Heery sleeve shot is a masterpiece among Madonna’s album covers. Designer Carin Goldberg recalls: “She came in with a lot of bracelets on… that was the one iconic thing about her outfit, besides the rag in her hair… Madonna was probably the easiest job I ever had… She was a true professional, even at that young age.”

Madonna’s unique look, provocative agenda, assured self-confidence and the evocative energy of her records and videos quickly made her an MTV titan. Following her debut album’s release, on 27 July 1983, first the US, then the rest of the world, was gripped by Madonna-mania, and the album that launched her would sell more than ten million copies globally and enjoy 168 weeks on the Billboard charts. Madonna’s pop-theatre would scale higher creative peaks, but nothing would beat the charming energy of her self-titled debut album.

Check out our best Madonna songs to find out which tracks from her self-titled debut album made the cut.