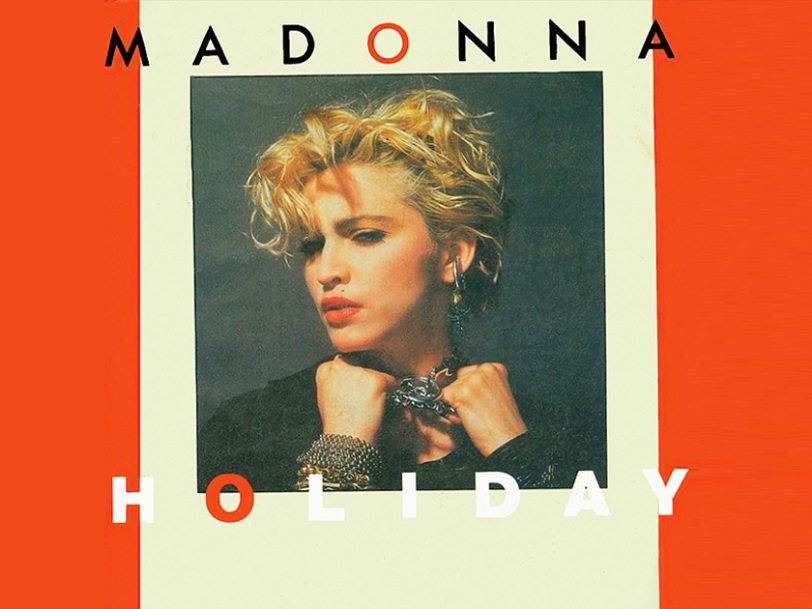 Holiday: Behind The Song That Started Madonna’s Lifelong Chart Stay

No one expected Holiday’s monster success in late 1983, but the single would break records and become one of Madonna’s signature songs.

Few singles made three separate trips into the UK Top 10 before the age of seasonal Christmas streaming, but Madonna’s third release, Holiday, is part of that very select list – joining classics such as The Righteous Brothers’ You’ve Lost That Lovin’ Feelin’ and Rock Around The Clock, by Bill Haley And His Comets.

Of course, Holiday is also notable for being the “Queen Of Pop”’s breakthrough hit, becoming her first Billboard Hot 100 entry in the US, where it peaked at No.16, and making No.6 in the UK in early 1984. Now hailed as one of the best Madonna songs, it had been written by Curtis Hudson and Lisa Stevens, from the band Pure Energy, and originally offered to soul singers Mary Wilson and Phyllis Hyman – but, luckily for Madonna, both rejected it.

A decisive move that changed her career

While finishing sessions for her self-titled debut album, Madonna seized on the demo of Holiday, enlisting then boyfriend John “Jellybean” Benitez to produce it and add it to the collection of songs she had already cut with producer Reggie Lucas. It was the first of many decisive moves that would change the direction of her career. “The songs on Madonna were pretty weak and I went to England during the recording, so I wasn’t around for a lot of it,” the singer later reflected. “I wasn’t in control.”

Issued in July 1983, the album proved a slow burn – Everybody and Burning Up had already been released in some markets, gaining traction on the dance listings. With no video being filmed for Holiday, which was issued in the US on 7 September 1983 (its UK release would follow in January 1984), Madonna’s promotion of the track was gruelling: scores of lip-synching appearances on TV shows of the day, including American Bandstand, the UK’s Top Of The Pops and Discoring in Italy. As the single climbed the charts in Great Britain, she made a legendary appearance on The Tube, performing Holiday, Everybody and Burning Up at the Factory Records-owned Haçienda nightclub in Manchester, alongside backing dancers Erica Bell and her brother Christopher Ciccone, who would go on to be the art director on Madonna’s classic Blond Ambition Tour of 1990.

Entering the record books for the first time

Holiday would become a staple of Madonna’s live shows. It was placed second on the setlist of her debut The Virgin Tour, in 1985, and was heard as recently as the Rebel Heart Tour, which ran across 2015 and 2016. The song’s most famous staging was arguably at Live Aid, where Madonna performed at Philadelphia’s JFK Stadium. That appearance triggered “Madonna Mania” across the globe, igniting the growing hysteria that had been building around the star since the release of 1984’s Like A Virgin single.

Madonna’s record label were quick to seize on the momentum by reissuing Holiday with a new picture sleeve (and as a collectable 12” picture disc) which would see the single soar back up the UK charts to peak at No.2 in the summer of 1985, just behind Into The Groove, the third in what would be an unstoppable run of Madonna No.1s, taken from her first major film, Desperately Seeking Susan. This notable chart double saw the soon-to-be “Queen Of Pop” enter the record books for the first time, becoming the first woman to achieve simultaneous hits at the top of the UK charts in the rock era. The single also did well again across the rest of Europe.

Six years later, Holiday received a third issue in the UK, following the incredible sales of Madonna’s first hits compilation, The Immaculate Collection, and the critical and commercial triumph of the seminal Blond Ambition Tour, which was then concluding its final European leg and featured Holiday in an infamous sequence that got some conservative cities hot under the collar (the Truth Or Dare documentary, aka In Bed With Madonna, reveals how close the singer came to being shut down ahead of the Toronto shows). This time, the single would have to settle for a No 5.peak in the UK, but its place in the history books was secured.

Madonna still recognises the track’s anthemic appeal, and has remained comfortable revisiting it across the years. Now one of the best summer songs, it’s guaranteed that, as soon as the seasons change and the sun comes out, streaming services and radio programmers will return to the track that first got the “Queen Of Pop” noticed.