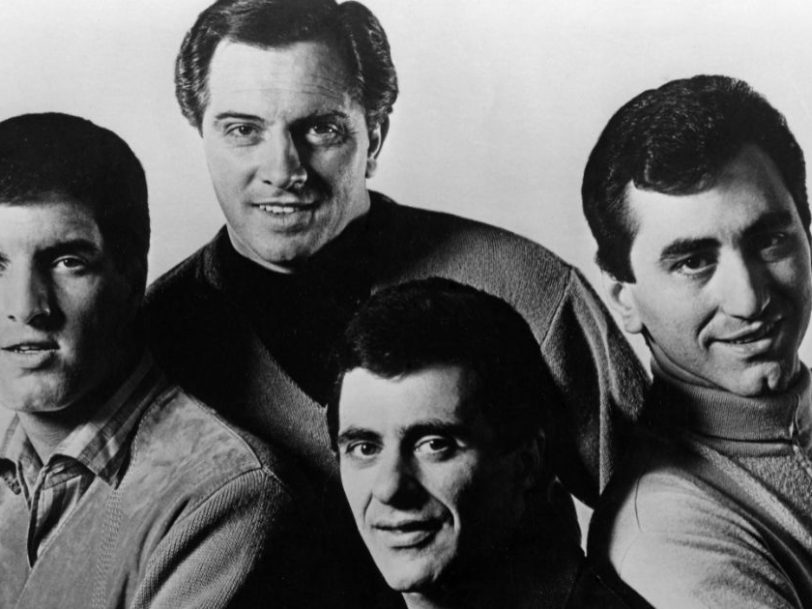 Working My Way Back To You: The Story Behind The Classic Pop-Soul Song

Turned into a hit by both The Four Seasons and Spinners, Working My Way Back To You is a pop-soul classic that keeps on returning.

In the mid-60s. The Four Seasons were a hit machine. Let’s Hang On!, Rag Doll, a revival of Frank Sinatra’s I’ve Got You Under My Skin, Opus 17, Tell It To The Rain… every couple of months, another example of pure pop at its most dazzling. And if you didn’t fancy one record, fear not, another will be along soon. One of the best Four Seasons songs of this era – one which always enjoys another revival with each generation – is Working My Way Back To You, a big hit in 1966.

Listen to the best of The Four Seasons here.

The Four Seasons’ success was not just down to Frankie Valli’s remarkably distinctive voice and the honed harmonies of Bob Gaudio, Tommy DeVito and Nick Massi. There was a mighty coterie of talent behind them. Among their number was producer Bob Crewe, who effortlessly fused soul stylings with commercial pop in the manner of Motown’s acclaimed backroom producers: the balance was similar, though Crewe’s work had a higher pop content than the Detroit label usually delivered. The Four Seasons also benefited from a crew of totally on-the-ball songwriters, including their own Bob Gaudio, and the New York City-based duo Denny Randell and Sandy Linzer.

Who wrote Working My Way Back To You?

Randell and Linzer had penned the unstoppable Let’s Hang On!, a blast of a tune which made No.3 in the US in 1965, and the pair set about writing a follow-up. They came up with Working My Way Back To You, a highly infectious song about a guy who cheats on his girlfriend and vows to make it up to her, however difficult this might prove.

Recorded in the recognised Bob Crewe manner, at the poppy end of R&B, the song presented a deeply remorseful Frankie Valli, his voice containing just a few more grams of gravel than usual, promising to win back his place in his betrayed partner’s heart, no matter how much work it took. There are alluring organ hooks and a brilliant brass arrangement from Charles Calello, which gave the record multiple ear-pleasing layers – there’s a lot going on in this deceptively simple pop song. That wasn’t all Calello did: Nick Massi had quit the group before the Working My Way Back To You recording session, so the arranger stepped in to temporarily fill the gap on bass vocals.

Released on 2 January 1966, The Four Seasons’ version of Working My Way Back To You made the US Top 10 and became very well-known in the UK, even if it didn’t make the Top 40 over there. It went on to become the title track of The Four Seasons’ first album of 1966, opening proceedings with the big hit, in the typical 60s pop manner.

The song took a bit of a rest after all that hard work, and, aside from a few unsuccessful cover versions, next raised its head above the pop parapet in 1979, when the Detroit soul group Spinners performed it as part of a medley with Forgive Me Girl. This cunning conjunction of two songs gelled perfectly, delivered in a relentless but nonetheless soulful disco style, boasting a beautiful lead vocal from John Edwards.

Though Spinners had been one of the most successful soul acts of the 70s, with singles such as Ghetto Child still ranking among the best soul songs of the decade, their flow of hits had dried up somewhat before Working My Way Back To You/Forgive Me Girl came along. Making No.2 in the US in the spring of 1980, and hitting No.1 in the UK, it was the group’s biggest hit for three years. Their next major success followed the same formula, combining Cupid and I’ve Loved You For A Long Time to create a disco smash.

Working My Way Back To You’s third notable incarnation occurred when Irish boy-band Boyzone selected it for their debut single in 1994. The record was overseen by Ian Levine, who was fully au fait with the song’s origins and heritage, as he’d been a major Northern soul DJ before he became a successful producer. Boyzone’s version made No.3 in Ireland and tickled the lower reaches of the UK pop chart, effectively serving as an introduction to the group’s style, even though the song was partly fronted by Mikey Graham, not usually a lead voice on their singles.

Working My Way Back To You hit the spotlight once more thanks to Jersey Boys. Featuring other Four Seasons hits such as December, 1963 (Oh, What A Night) and Big Girls Don’t Cry, the jukebox musical catapulted Frankie Valli and co back into the public consciousness in the mid-2000s, and it features the song prominently. Whenever this brilliantly constructed tune seems finished, it works its way back into the pop repertoire, as irresistibly catchy as ever.

Looking for more? Check out the best Frankie Valli and The Four Seasons songs.