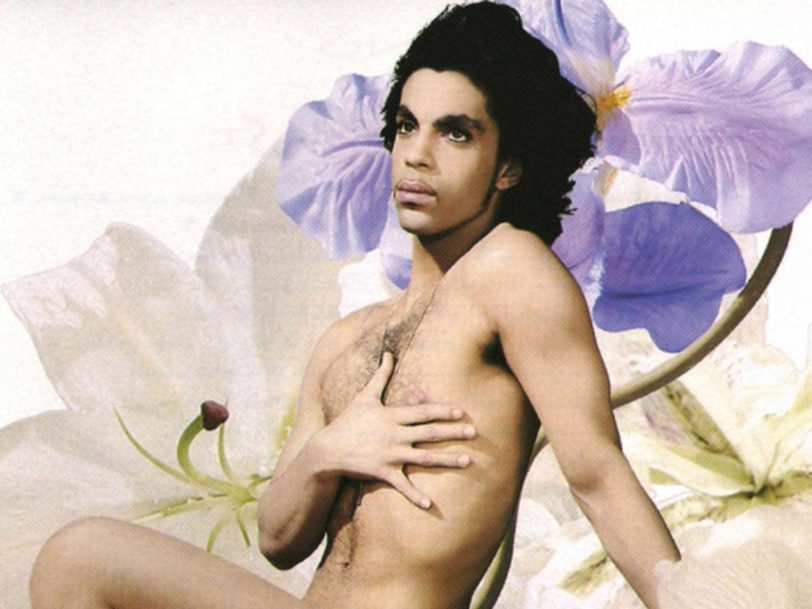 Built around a concept of his own devising, the ‘Lovesexy’ album envisioned a state in which Prince’s sexual and spiritual desires could coexist.

As far back as 1981’s Controversy album – whose title track placed a recitation of The Lord’s Prayer alongside the declaration, “People call me rude, I wish we all were nude/I wish there was no black and white, I wish there were no rules” – Prince had sought a way of uniting his sexual urges with his religious beliefs. As he perfected the “Minneapolis sound” on his breakthrough album, 1999, this became both more urgent and more clear: “I wanna fuck you so bad it hurts,” he pleaded on Let’s Pretend We’re Married, before asserting, “I’m in love with God, he’s the only way.” By the time he released the Lovesexy album in 1988, Prince had envisioned an entirely new state of being: the “lovesexy” of the title, in which sex could be as much a spiritual experience as it was a physical one.

“I did Lovesexy in seven weeks”

With Prince’s work rate at an all-time high in the late 80s, Lovesexy was recorded in under two months, from late December 1987 to February 1988, in Prince’s recently built Paisley Park complex. “I did Lovesexy in seven weeks from start to finish,” he later told Details, adding, “and most of it was recorded in the order it was on the record.” And yet it almost didn’t happen at all.

Initially intended for release that December was The Black Album: eight tracks, largely made up of raw funk with titles such as Le Grind and Superfunkycalifragisexy. Originally recorded on the fly for a birthday party thrown for drummer Sheila E, Prince quickly strung the songs together in a way that would have reasserted his funk credentials at the end of the decade he’d reigned over; recent albums Parade and Sign O’ The Times had been hailed as increasingly inventive creative highs, but some critics began to wonder if he’d left his Black audience behind. The Black Album – given a working title of “The Funk Bible” – would assure them he hadn’t.

Housed in a plain black sleeve, with no artist credit or album title – just a peach catalogue number on the spine – The Black Album was sent out for promotion, and then pulled from release at the last minute. Prince never explained his decision, though word quickly circulated that, during a one-off experiment with ecstasy, he’d been spooked by a hallucination in which he saw the word “God” floating above him in a field. Now believing The Black Album’s forthright sexuality was evil, he scrapped it and immediately set about recording a more positive-minded work that would make room for lust and The Lord.

“I don’t mean some dude in a cape and beard”

Writing in the Lovesexy tour programme, Prince blamed The Black Album’s music on Camille – a hyper-sexed alter ego that had featured on much of Sign O’ The Times. At the urging of an evil spirit named Spooky Electric, the notes explained, Camille had “allowed the dark side of him 2 create something evil”. By way of apology, Lovesexy was a paean to “the feeling u get when u fall in love, not with a girl or boy but with the heavens above”.

“I don’t think Prince ever directly explained Lovesexy, but casual conversations with some of us revealed a lot,” Alan Leeds, Prince’s former tour manager and head of Paisley Park Records, later reflected. For his own part, Prince went so far as to say, “When I talk about God, I don’t mean some dude in a cape and beard coming down to Earth. To me, he’s in everything, if you look at it that way.”

Lovesexy was, indeed, an inclusive work. After welcoming listeners to The New Power Generation – the first time Prince used the soon-to-be-ubiquitous phrase – album opener Eye Know launched into a classic Prince party jam that revelled in overthrowing Spooky Electric. Flowing straight into the slinky, bluesy funk of Alphabet St, the album drops further clues as to Prince’s epiphany, seemingly suggesting – in typically cryptic fashion – that lovesexy (“the glam of them all”) can be achieved through oral sex.

Elsewhere, the sensual ballad When 2 R In Love was held over from The Black Album, making a more natural fit towards the end of Lovesexy, while tracks such as the juddering electro-funk of Dance On and ruminative album closer Positivity turned to more earthly matters: gun crime, gang warfare and nuclear weapons; behaviour that can “fly high right by Spooky and all that he crawls for”.

Released on 9 May 1988 in the UK, and following a day later in the US, Lovesexy was a startling proposition, even before fans took it home. One of the more controversial Prince album covers the Lovesexy artwork was shot by French fashion photographer Jean-Baptiste Mondino, and pictured Prince – replicating Botticelli’s Renaissance-era painting The Birth Of Venus – reclining in the nude on a large flower with a not-so-subtle stamen protruding beside him. Major US chain stores refused to stock it, but Prince shrugged any concerns off, later telling Rolling Stone: “All that album cover was, was a picture. If you looked at that picture and some ill came out of your mouth, that’s what you are – it’s looking right back at you in the mirror.”

Having envisioned Lovesexy as “a mind trip, like a psychedelic movie”, Prince also insisted the it be pressed as a single 45-minute track that couldn’t be skipped through. Densely produced, and more or less singlehandedly layered with every instrument Prince could play, the central message was sometimes hard to parse amid the rush of ideas. Overwhelming in its intensity, the album left Rolling Stone concluding that “the hardest questions may not lend themselves to easy answers, but make for much better music”.

“Either you went with it and had a mind-blowing experience, or you didn’t”

With album sales initially sluggish, Prince quickly filmed a blue-screened promo video for Alphabet St, hiding an altogether different message among the jumble of letters latter added to dance around him: “Don’t buy The Black Album. I’m sorry.” But while The Black Album had become the biggest-selling bootleg of all time, Lovesexy stalled at No.11 in the US – hampered in large part by those retailers who wouldn’t sell it.

In the UK, however, it became Prince’s first No.1 album, while also going Top 5 across Europe. Choosing to start his Lovesexy tour where audiences seemed more appreciative of his work, Prince took his most ambitious show yet to Europe and the UK across the summer of 1988, before returning to the US throughout the autumn. Driven to the stage in a three-quarter-sized replica of his 1967 Thunderbird, and performing amid a swing set, a miniature basketball court and brass bed, among other lavish designs set up in the round in the centre of arena venues, Prince played out a nightly battle of good versus evil. The first half of each show was made up of lascivious material such as Erotic City, Jack U Off and Dirty Mind, along with public airings for some Black Album songs, before Prince had himself symbolically killed and then raised to the rafters on a series of hydraulic platforms – transcending his past while performing Lovesexy’s Anna Stesia.

With Lovesexy songs such as Glam Slam, I Wish U Heaven and the title track making up most of the second half (space was also found for Sign O’ The Times’ The Cross and hits the likes of Kiss, Purple Rain and 1999), Prince’s live shows helped to clarify the album’s message. “God is alive!” he further wrote in the tour programme. “Let him touch u and your own Lovesexy will be born.”

Lovesexy itself may have been born out of a spiritual crisis, but it ultimately found Prince working harder than ever to resolve two seemingly incompatible sides of his personality. For those that couldn’t follow, he had a simple retort: “Either you went with it and had a mind-blowing experience, or you didn’t.”

Check out our best Prince songs for more of his visionary explorations of sexuality and spirituality.