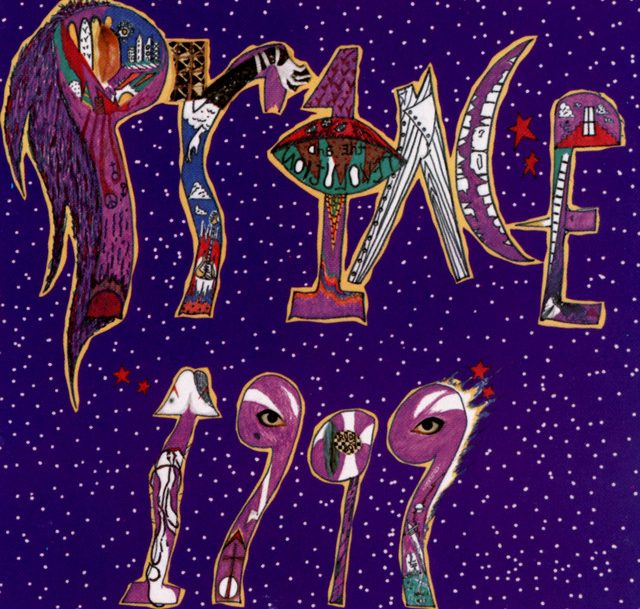 1999: Why Prince’s Visionary Album Still Sounds Like The Future

With his '1999' album, Prince perfected the ‘Minneapolis sound’: a futuristic pop-funk concoction the world has yet to catch up with.

When Prince recorded his 1999 album – while also piecing together two side-project records during a handful of feverish months in 1982 – its namesake year was still 17 years away. Then sound of an artist outstripping everyone else on the planet, 1999 still looms over pop culture like an arrival from a future waiting to happen. In perfecting his “Minneapolis sound” – a synth- and drum-machine-fuelled take on funk music – Prince not only set the template for mainstream pop throughout the remainder of the 80s, he reached years – even decades – ahead, signposting everything from the advent of techno music in the late 80s to the jittery electro-hip-hop that, in the early 21st century, would pilfer from his innovations.

“You just had to facilitate his creative energy”

Returning home after touring in support of his Controversy album, Prince bounced between the studio facilities he’d had installed in his house, in Chanhassen, Minnesota, and those at Sunset Sound Recorders in Los Angeles, juggling three projects at once as he set about creating the record that would launch him into the mainstream. Subsisting on junk food and coffee in order to keep round-the-clock hours, Prince ensured each of the albums he was recording would add fuel to a career that was on the verge of truly taking off. “You just had to facilitate his creative energy, which was all over the place all the time,” Sunset Sound engineer Peggy McCreary told this author for the book Lives Of The Musicians: Prince. “He told me one time that the only reason he went home was so I could sleep.”

Building on the debut album he’d masterminded for The Time, the group’s second record, What Time Is It?, housed the lithe funk grooves Prince created for Morris Day’s outfit to front, while a new side project, an all-female trio named Vanity 6, gave him an outlet for an entirely different batch of songs informed by explorations of femininity. As Vanity 6 member Brenda Bennet also recalled for this author, “He wasn’t so male that he couldn’t open up the female side of things in terms of trying to look at something with a woman’s eyes.” It was the 1999 album, however, which brought the threads of everything Prince had previously recorded together into his most cohesive artistic statement to date.

“We were creating this very sensual, sexual world of intrigue”

Reportedly the final song recorded for the album, during a late-night session sandwiched in between running rehearsals for his own band and The Time, 1999’s opening title track immediately made clear the untouchable plane Prince had reached. Built on domineering drum machine patterns, synth fanfares emulating an old-school funk horn section, and wiry wah-wah guitar sounding as though it had been beamed in from an interplanetary craft, the song was the purest possible expression of the “Minneapolis sound” – a much copied, never bettered concoction that soon became a hallmark of 80s pop music. “I was always amazed at how he could manipulate that Linn drum,” Peggy McCreary recalled. Though Prince’s mastery of the newly manufactured instrument immediately inspired many imitators to add one to their kit bags, McCreary said, “He programmed that thing better than anybody I’ve ever seen.”

Lyrically, too, Prince was reaching whole new heights. Bookended by an ominously intoned opening declaration (“Don’t worry, I won’t hurt you. I only want you to have some fun”) and a panic-stricken closing refrain (“Mommy, why does everybody have a bomb?”), the song pictured a civilisation on the verge of destruction, effectively setting Y2K fever in motion almost two decades ahead of schedule. It also revealed what Prince intended to do about it: “So if I gotta die/I’m gonna listen to my body tonight.”

His body, it seemed, said “Dance/Music/Sex/Romance”, a chant that underpinned the eight-minute robo-funk of D.M.S.R., and which neatly encapsulated Prince’s fixations. It also ended with a cry for help which served as a reminder that, in this world at least, the apocalypse is never far away – whether on the after-hours seduction of Little Red Corvette, the woozy, submissive role-play of Automatic, or the frenetic rebound fantasy of Let’s Pretend We’re married. Amid assurances that “we gotta die someday” and “I’m gonna have fun every motherfuckin’ night”, the latter song also found Prince reasserting something he’d made clear two years earlier, with his Dirty Mind album: “Whatever you heard about me is true/I change the rules and do what I wanna do.”

“You’ll never hear anything like it, and they’ll never figure it out”

Speaking to Rolling Stone following 1999’s release, Prince revealed where some of his paranoia came from. “I see New York a little bit more,” he said. “In my subconscious I’m influenced by the sinisterness of it, you know, the power. I hear sirens all the time, things like that.” The sound of car horns evoked a distinctly inner-city vibe on the song Lady Cab Driver, while the album’s closing cut, All The Critics Love U In New York, found Prince playfully revelling in what had become a snowballing of critical praise in recent years – and which, he rightly predicted, would continue after his new record’s release.

Amid the urban sprawl of what had grown to become a double-album, 1999 also included some gentler moments, among them International Lover, which transposed Little Red Corvette’s vehicular sexual metaphor to air travel, and Free, which offered a gospel-infused reflection with a simple message: there was much to be thankful for, even when faced with the end of the world.

“He opened up the rock marketplace for Black performers”

Released on 27 October 1982, 1999 found Prince effectively creating his own world – a neon-lit carnal carnival he would bring to life nightly on the Triple Threat Tour, which ran from November 1982 through to April 1983. With intuitive use of Venetian blinds and shadowy lighting, as seen on the promo videos created to go alongside the record, Prince’s stage set was teasingly suggestive rather than graphically explicit, but also highly effective in conjuring the X-rated atmosphere he sought to evoke. Interviewed for Lives Of The Musicians: Prince, Roy Bennett, Prince’s long-term set designer, said, “The basis of what we were doing was creating this very sensual, sexual world of intrigue… It was about what you couldn’t see.”

With Vanity 6 and The Time in support slots, the tour underscored what many fans had known ever since the 1999 promo clip debuted on MTV in December: with a swish of his purple-lamé trench coat, Prince was at the vanguard of a whole new cultural zeitgeist. Beating Michael Jackson to the newly launched cable TV channel by a matter of months, “He opened up the rock marketplace for Black performers,” former Warner Bros publicity exec Bob Merlis told this author. “The idea of Black performers being accepted by a white audience – that had a huge impact on integration and the cause of civil rights.”

Having made musical, visual, technological and cultural leaps forward with the 1999 album, Prince cemented himself as the critics’ darling the record’s closing track had already crowned him as, with Rolling Stone hearing the work of “a colorblind technician who’s studied both Devo and Afrika Bambaataa And The Soulsonic Force, keeping the songs constantly kinetic with an inventive series of shocks and surprises”. The record-buying public agreed, sending the album to No.9 on Billboard’s Top LPs & Tapes chart, and No.4 on the Black LPs listing (UK fans would have to wait until the following year for an abridged version of the album to hit the shelves; the full 2LP set finally made it across the Atlantic after the success of the Purple Rain album. Meanwhile, he also found himself on the receiving end of praise from some of the musical legends he looked up to, with jazz pioneer Miles Davis later writing in his autobiography that Prince was “someone who was doing something different” and that 1999 was “the most exciting music I was hearing in 1982”.

What people heard then was an artistic high-water mark from an icon rightly revelling in his own advances. As he told Musician magazine: “There’s nothing like the feeling after you’ve done something and play it back, and you know that you’ll never hear anything like it and that they’ll never figure it out.”