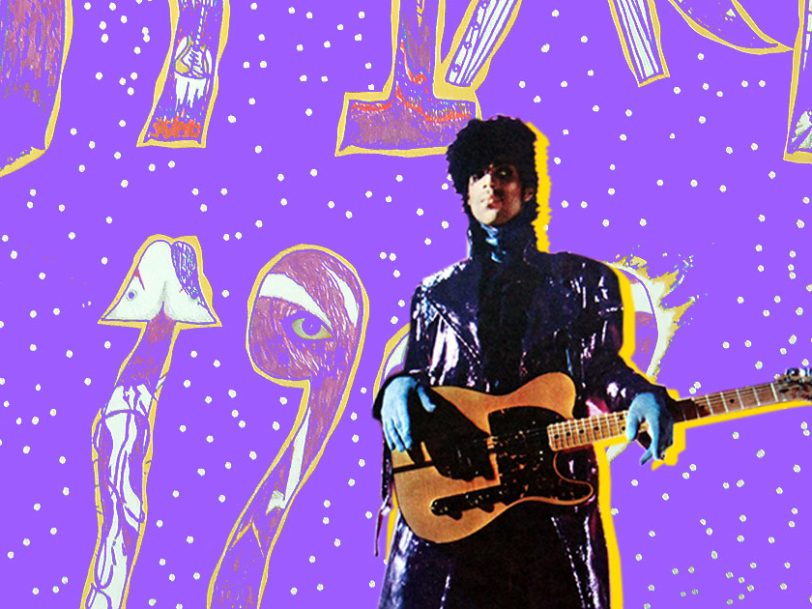 1999: Behind The Prince Song That Started A New Era In Pop Music

Inspired by Nostradamus’ prophesies for the end of the world, Prince’s 1999 song pointed to a bold new future for pop music.

It defined an era, established the “Minneapolis sound” and helped Prince land his first significant mainstream success, but the song 1999 almost didn’t happen. Though not exactly an afterthought, it was the last track recorded for Prince’s epochal 1999 album, and only after initial feedback from his record label suggested the ambitious double set needed one overarching song that would tie the whole together. In creating the album’s eventual title track, however, Prince also clearly defined his worldview at a time when the planet seemed to be on the brink of destruction. The story of 1999, then, is the story of an artist reaching a creative peak and making the world come to him.

“There explains the difference between mere mortals and Prince”

In the early 80s, Prince’s music had taken on a new political hue, with the Dirty Mind and Controversy albums featuring songs such as Partyup and Ronnie, Talk To Russia which spoke more directly to world events than any other tracks he had released up to that point. In recording the song 1999, Prince entered a true purple patch, weaving Cold War paranoia, end-of-days prophesies and his own sexual revolution into a unified whole that stands as a landmark moment in his career.

According to Prince’s then drummer, Bobby “Z” Rivkin, the inspiration for the song came from an HBO documentary Prince and his band watched together one night on tour. Titled The Man Who Saw Tomorrow, it was “about Nostradamus and the prediction of the end of the world, 1999, and we’re all blown away by this thing”, Rivkin told Minneapolis radio station The Current in 2018. “You could feel it in the hotel room. Just glued to the TV.” Recalling how the documentary became a talking point the next day, Rivkin noted that Prince’s reaction was to write a song about it. “We’re all going ‘wow’ and then he just embodied the whole thing with 1999… So there explains the difference between mere mortals and Prince.”

Opening with Prince intoning in a pitch-shifted, God-like voice, “Don’t worry, I won’t hurt you. I only want you to have some fun,” 1999 offers six minutes of hedonistic revelry in the face of Armageddon. A second manipulated vocal – the high-pitched “Mommy, why does everybody have a bomb?” – brings the song to its unsettling close; in between, Prince deploys a taut mix of funk guitar, synth-pop hooks and precision-tooled drum-machine patterns that not only reinforce his declaration, “So if I’m gonna die, I’m gonna listen to my body tonight,” but also mark the defining elements of the “Minneapolis sound” – a funk-pop concoction many of the best 80s songs would try to emulate as the remainder of the decade unfolded.

“Put an explosion over the mistakes”

Working with Prince throughout the early to mid-80s, studio engineer Peggy McCreary noted hits mastery of the Linn LM-1 drum machine, the cutting-edge instrument that underpinned the 1999 song and gave its parent album much of its characteristic sound. “I was always amazed at how he could manipulate that Linn drum,” she told this author for the book Lives Of The Musicians: Prince. “He programmed that thing better than anybody I’ve ever seen.”

Using the Linn as an anchor, Prince worked as a one-man band, layering keyboard and guitar, and adding synth stabs that approximated horn parts, as he perfected his vision for a new future-shaping funk sound. When it came to the vocals, however, a decision to remove elements of the recording gave 1999 another unique twist. Having laid down his own lead parts, Prince asked keyboardist Lisa Coleman and guitarist Dez Dickerson to add backing; giving each singer a lead intro line in the final mix, Prince nodded to the way that his funk idols Sly And The Family Stone would trade lyrics throughout their songs while pushing to the fore vocal parts that had originally been sung as backup.

“He had recorded it in such a way that it could’ve been alternating verses where one singer sings the first verse in its entirety, one sings the second, and so on,” Dickerson told Minneapolis music historian Andrea Swensson on the official podcast Prince: The Story Of 1999. “It could have been such that he sang in alternating lines, or it could’ve been what it ended up being on the record.” Dickerson also explained that it was his voice on the song’s outro: “He had me as almost an afterthought, because he had already done the ‘Don’t worry, I won’t hurt you’, but evidently got the inspiration – let’s kind of bookend that with this thing going out. So that was my voice.”

In the studio, the bomb meant more to Prince than the end of the world – it also offered a creative way to cover up anything he wanted to bury in the mix, as he told Dickerson. “Every once in a while, you’d get a take, and the energy and the feel of the take was so good that even though there might have been a mistake technically, you wanted to use that take,” the guitarist revealed. “So he said, ‘You know what, when there’s something in the track that you… don’t want in there, put an explosion over it.’… Put an explosion over the mistakes.”

“We were creating this very sensual, sexual world of intrigue”

No less explosive than the 1999 song itself was the promo clip Prince filmed to promote it. Ensuring its place among the best music videos of all time, the studio-shot performance piece wasn’t just epochal for Prince; beating Michael Jackson to MTV by a handful of months, it also made Prince the first Black artist to get airplay on the newly launched cable-TV show. “We’d made videos for years, on all the albums,” Coleman said in Lives Of The Musicians: Prince, adding, “They didn’t get much play because MTV was just pretty much a hair-band channel – heavy rock – and we didn’t quite fit in.” Now, however, the world was ready for Prince’s purple lamé trenchcoat and hypersexualised – for the time – performances, in which a lingerie-clad Coleman and backing singer Jill Jones draped themselves over Coleman’s keyboard, and Prince and his band performed on a stage set partially decorated with Venetian blinds which made for a characteristically suggestive backdrop. One of the best Prince music videos, the 1999 clip offered a tantalising peek-a-boo glimpse of Prince’s fast-evolving live show.

“The basis of what we were doing was creating this very sensual, sexual world of intrigue,” Roy Bennet, Prince’s set designer, told this author. In hinting at more than it revealed, Prince’s provocative live show pushed the boundaries of acceptability, even as the 1999 video itself broke barriers to acceptance for Black artists in a white-dominated medium. “He opened up the rock marketplace for Black performers,” Bob Merlis, a former head of corporate communication at Warner Bros, Prince’s then record label, said in Lives Of The Musicians: Prince. “The idea of Black performers being accepted by a white audience – that had a huge impact on integration and the cause of civil rights.”

“I just wanted to write something that gave hope”

Issued as a single in the US on 24 September 1982, with the more plaintive ballad How Come U Don’t Call Me Anymore as the B-side, 1999 was immediately hailed as one of the best Prince songs yet, and marked the start of its creator’s assault on the mainstream. Initially making its biggest impact on Billboard’s Black Singles (No.4) and Dance/Disco Top 80 (No.1) charts, while reaching No.44 in the Hot 100, 1999 rewrote history when it was given a second release following the Top 10 success of Little Red Corvette. Making it to No.12 in the summer of 1983, the song paved the way for future greatness. Outlasting the millennium bug, 1999 remains a touchtone for hip-hop, dance music and genre-blending electro-pop stars in the 21st century; even Prince himself revisited the song in its namesake year, re-recording it for the 1999: The New Master EP, with contributions from former Sly And The Family Stone bassist Larry Graham, rapper Doug E Fresh and his Diamonds And Pearls-era vocal foil Rosie Gaines.

Seemingly tailor-made for New Year’s Eve parties whatever the year, 1999 charted a third time, in January 1999, and then again in April 2016, in the weeks following Prince’s death. The first song to enter the US Top 40 in three decades (the 80s, 90s and 2010s), 1999 seemingly confirmed a more optimistic prophecy of Prince’s own. Speaking to Larry King as the 90s came to a close, Prince recalled the documentary that had inspired the song, and how his response differed to those of his bandmates.

“I just found it real ironic how everyone that was around me whom I thought to be very optimistic people were dreading those days, and I always knew I’d be cool,” he told the TV host. “So I just wanted to write something that gave hope, and what I find is that people listen to it. And no matter where we are in the world, I always get the same type of response from them.”