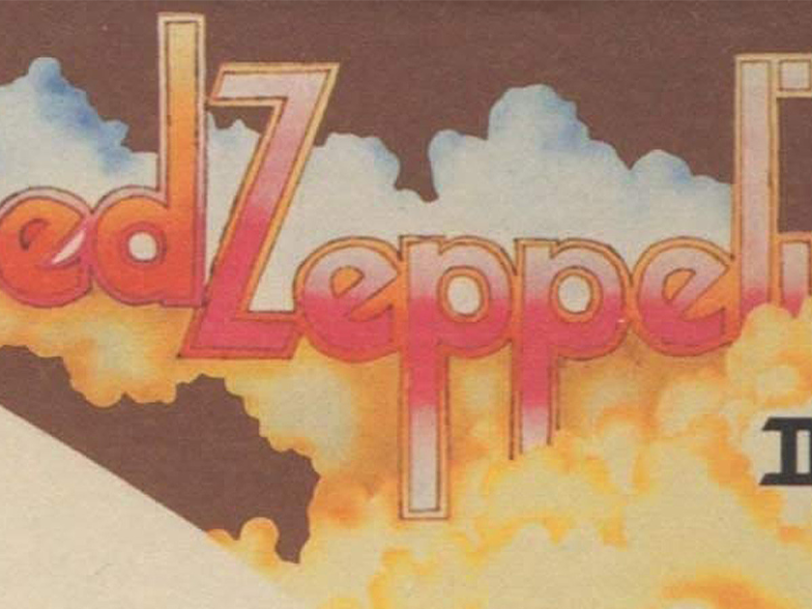 It’s particularly ironic that Led Zeppelin took their name from a sardonic Keith Moon comment about “going down like a lead balloon”, because their career trajectory rapidly took off in the opposite direction. Instead of sinking without trace, the band soared following the January 1969 release of their self-titled debut album – a record which, as well as remaining one of the best debut albums of all time, still casts a shadow over all hard rock and heavy metal music that followed. Less than a year later, Led Zeppelin asserted their dominance over the rock scene with the release of their second album, Led Zeppelin II – a record repeatedly hailed as one of the heaviest albums of all time.

“We instinctively went for something different”

On paper, that reads like the success story all bands dream of, but for guitarist Jimmy Page, frontman Robert Plant, bassist John Paul Jones and drummer John Bonham it must have felt like trying to exit a runaway train. The band were still barely nine months old when they began work on Led Zeppelin II, and yet they were already being spoken of as one of the best rock bands of all time. They’d only made their live debut in September 1968, yet, barely seven months later, Led Zeppelin were playing multiple headliners in cavernous venues such as San Francisco’s Winterland Ballroom.

By the time their second US tour ended, with two sold-out shows at New York City’s Fillmore East, in May 1969, Led Zeppelin’s debut album had gone gold, but the celebrations were put on hold – both the band and their label, Atlantic Records, knew there was no time to waste in recording a follow-up. Led Zeppelin already had prestigious summer shows lined up, such as the Bath Festival Of Blues in the UK, and further US festival dates in the fall, yet releasing new music was paramount before the year was out. But how could they possibly fit studio sessions in and around their daunting live itinerary?

“I got a phone call from [Zeppelin’s] office in New York,” Kramer told Guitar Player magazine in 2021. “‘The boys are in town, and they want to know if you want to help put this record together.’”

As Kramer soon discovered, Led Zeppelin weren’t fazed by the prospect of following up their hit debut. On an almighty creative roll, they relished the idea of recording new songs as soon as possible – even it if meant working piecemeal, grabbing whatever time they could book in studios ranging from Olympic, in London, through to Juggy Sound, in New York, and A&M Studios, in Hollywood, across the summer of 1969.

If anything, the nomadic approach only added to the intensity of the music, with Led Zeppelin II providing a showcase for some of the band’s brawniest rockers, among them Living Loving Maid (She’s Just A Woman), Heartbreaker and, of course, the legendary Whole Lotta Love.

“The whole thing with Jimmy was that we liked to leave in little mistakes and ad libs,” Kramer recalled of the guitarist’s methodology. “It added to the whole vibe. So on Whole Lotta Love, we left in that cough at the beginning. Then, on Robert [Plant]’s ‘Way down inside’ vocal part, we found we had a leakage from… a previous vocal track that we couldn’t seem to lose. So Jimmy and I cranked up the reverb and left it in.”

Mystic Studios engineer Chris Huston, who oversaw the recording of the suggestive, Howlin’ Wolf-inspired The Lemon Song in Los Angeles, was also struck by Led Zeppelin’s ability to get the most out of any given studio.

“I was very impressed with Jimmy’s ability to double-track and create the sound he wanted first time, every time,” Huston told Guitar Player. “What you hear is the product of a lot of spontaneous chemistry in their playing. We did the tracks live, with Robert Plant standing in the middle of the room with a hand-held mic. You can hear that in The Lemon Song, where Plant sings ‘Floor, floor, floor’. That echo was recorded in real time.”

“It typifies the whole experimental vibe of ‘Led Zeppelin II’”

However, while Led Zeppelin II is widely regarded as the band’s hardest-rocking album, it wasn’t all about testosterone and imperiously heavy blues-rock workouts. Tracks such as the Tolkien-inspired folk-rock of Ramble On, Plant’s heartfelt Thank You and the deceptively jazzy What Is And What Should Never Be all mirrored the band’s heightened grasp of dynamics and an acute desire to make advances in the sonic sense.

“I’d done a lot of panning and phasing with Jimi Hendrix on Are You Experienced and Axis: Bold As Love,” Eddie Kramer remembered. “What Is And What Should Never Be also had all the phasing and panning, which we loved to do. It typifies the whole experimental vibe of Led Zeppelin II.”

When John Bonham’s percussive showcase, Moby Dick, and the valedictory, Willie Dixon-inspired Bring It On Home, were also successfully in the can, Led Zeppelin II was almost ready. To get it across the line, Jimmy Page and Eddie Kramer undertook a marathon two-day mixing session at A&R Studios in New York, across 29 and 30 August 1969.

“A marvellous record and so different from the first album”

Kramer later recalled that mixing took place “on the most primitive console you could imagine”, but the on-the-fly methodology paid dividends when Led Zeppelin II was finally released, on 22 October 1969. With the advance orders of half a million copies in the US alone, the record became the biggest-selling album that year, knocking The Beatles’ Abbey Road off the No.1 spot while also keeping The Rolling Stones’ Let It Bleed at bay. Featuring one of the best Led Zeppelin album covers, Led Zeppelin II eventually spent 138 weeks on the Billboard 200, during which time it topped the charts, in February 1970.

“We instinctively went for something different, and Jimmy did some really interesting stuff with the sound,” Kramer reflected, over half a century later. Led Zeppelin II was, he concluded, “a marvellous record and so different from the first album”.