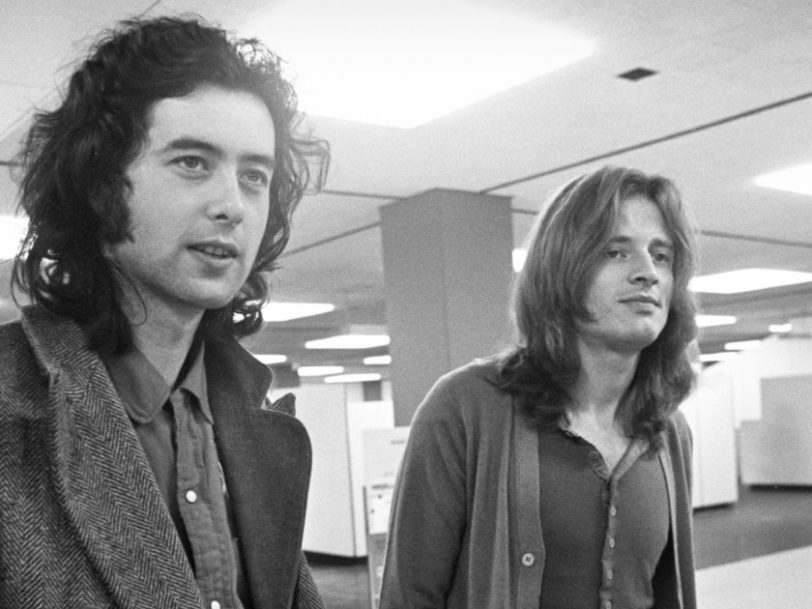 Frontman Robert Plant played the charismatic sex god, guitarist Jimmy Page brought the flash and virtuosity, and drummer John Bonham meted out the percussive thunder, yet Led Zeppelin would never have taken off without their bassist, John Paul Jones. The legendary rockers’ quietest member chose to shun the limelight, but his superb contributions were integral to their artistic growth – and John Paul Jones’ best Led Zeppelin performances remain landmark moments in rock’n’roll history.

Though primarily a bassist, Jones didn’t just hold down the low end for Led Zeppelin. The multi-instrumental skills that established him as one of the 60s’ most in-demand session musicians often gave the group their edge as they soared to prominence during the decade that followed. He’s since collaborated with stellar artists ranging from R.E.M. to Peter Gabriel and Brian Eno, but John Paul Jones’ best Led Zeppelin performances reveal the full range of his singular talent.

Listen to the best of Led Zeppelin here, and check out John Paul Jones’s best Led Zeppelin performances, below.

With Page and Bonham both suffering from substance-related issues, Jones and Plant took the creative reins for much of Led Zeppelin’s final studio album, In Through the Out Door, and both gave their all on one of its highlights, All My Love. A heartfelt tribute to Plant’s then recently-deceased son, Karac, this rhapsodic ballad inspired one of the singer’s most tender vocal deliveries, but its sonic backdrop was dominated by Jones’ majestic keyboard playing. His synth-led melodies shimmer throughout, and his neo-classical solo undoubtedly stands among John Paul Jones’ best Led Zeppelin performances.

Appearing on Led Zeppelin’s debut album, How Many More Times traditionally closed the group’s live sets during their early career. The song was improvised around an old Howlin’ Wolf number, How Many More Years, and a Page guitar riff which developed spontaneously into a jam session. This tight-but-loose framework offered plenty of opportunities for pyrotechnics from Page and Bonham, but Jones’ brilliantly nimble basslines not only anchored the music, it provided the song’s melodic hooks.

Though broader in stylistic scope than most of their albums, Led Zeppelin’s penultimate studio record, Presence, rocked consistently hard. It also offered the band the chance to strut their stuff in no uncertain terms on Royal Orleans: a suitably funky tribute to one of Zeppelin’s favourite on-tour stops, New Orleans’ Royal Orleans Hotel.

Typically accomplished and poised, John Paul Jones turned in one of his best Led Zeppelin performances for the song, but he also unwittingly provided the inspiration for Royal Orleans due to an oft-repeated incident allegedly involving him mistaking a drag queen for a woman and then inadvertently burning down his hotel room. In a Mojo interview in 2007, Jones set the record straight: “That I mistook a transvestite for a girl is rubbish; that happened in another country to somebody else… Anyway, ‘Stephanie’ ended up in my room and we rolled a joint or two and I fell asleep and set fire to the hotel room, as you do, ha ha, and when I woke up it was full of firemen!”

Refuting the claims of those who think Led Zeppelin didn’t venture much beyond hard rock, the In Through The Out Door highlight Fool In The Rain captured the group at their most expansive and ambitious, proving just why they remain one of the best rock bands of all time. John Paul Jones was right at the heart of the action, with his tricky, Latin-inspired piano parts sparring with his robust, reggae-style bassline, while Plant wailed convincingly about waiting forlornly for his girl on a street corner. The band’s three musicians all excelled from the halfway mark on, when the song unexpectedly broke into a full-on samba workout with bells and whistles attached in the most literal sense.

Because of its monster guitar riff, Black Dog is usually associated with Jimmy Page, yet this classic rock anthem actually derived from a bass riff brought in by John Paul Jones, who explained its origins in a 2011 interview with Record Collector. “It’s definitely one of my favourite riffs,” he said. “It was originally all in 3/16 time but no one could keep up with that! I recall Page and I listening to Electric Mud by Muddy Waters. One of the tracks, Tom Cat, has a long, rambling riff and I really liked the idea of writing something like that – a riff that would be a linear journey.” Worked up from one of John Paul Jones’ best Led Zeppelin performances, Black Dog also stands hands down as one of the best Led Zeppelin songs.

It rarely cops the critical plaudits doled out to the likes of Kashmir or Stairway To Heaven, but Physical Graffiti’s unsung In The Light is right up there with Led Zeppelin’s most ambitious outings. A showcase for Jones’ abilities, much of the song’s exotic atmosphere derived from its lengthy, scene-setting introduction, dominated by Jones’ hypnotic, Tangerine Dream-esque keyboard washes and Page’s acoustic guitar, which he played with a violin bow. Led Zeppelin never performed In The Light onstage, but its creators have retained their fondness for it, with Jimmy Page declaring it his favourite track on Physical Graffiti and Robert Plant describing it as one of the band’s “finest moments” in the liner notes for The Complete Studio Recordings CD box set.

John Paul Jones and his rhythmic partner-in-crime, John Bonham, were both heavily influenced by Motown, James Brown and 60s soul music in general, so they didn’t need to be asked twice to bring some liquid funk to another Physical Graffiti highlight, Trampled Under Foot. Jones has since admitted that Stevie Wonder’s Superstition inspired his sinewy clavinet performance, creating the perfect backdrop for this steamy, innuendo-laden masterpiece which still sounds box-fresh today.

George Harrison inadvertently goaded Jimmy Page into writing The Rain Song after a conversation in which the ex-Beatle asked the guitarist why his group never wrote ballads. Page subsequently came up with the framework for The Rain Song, but the Houses Of The Holy highlight only realised its full potential after John Paul Jones added his beautifully textured piano and Mellotron parts. Right up there with John Paul Jones’ best Led Zeppelin performances, his considered contributions also displayed his ability to orchestrate and arrange strings – another asset that helped Led Zeppelin to expand their horizons way beyond the confines of heavy, guitar-based rock.

Jimmy Page and John Bonham are usually singled out for praise on Kashmir, but John Paul Jones’ swirling brass and string arrangements also played an essential role in Led Zeppelin realising this world-music-imagining classic, which remains the centrepiece of their landmark sixth album, Physical Graffiti. Jones’ arranging skills have remained in demand throughout his post-Zeppelin career, with his soundtrack for Michael Winner’s Scream For Help and his decisive contributions to R.E.M.’s multi-platinum masterpiece Automatic For The People ranking highly among his most notable achievements.

Jones’ virtuosity was the key to Led Zeppelin bringing the haunting, funereally-paced No Quarter to fruition. His bubbling, aquatic-sounding electric piano established the song’s mysterious, neo-psychedelic feel, and in concert No Quarter became his personal showcase, its seven-minute studio arrangement often expanding to a half-hour tour de force during which Jones would add a short piano concerto, throwing in selections from Rachmaninoff’s catalogue or else snatches from Amazing Grace. Boosted by some of John Paul Jones’ best Led Zeppelin performances, No Quarter remained a staple of the group’s live sets from 1973 through to their final shows, in 1980, but even in its original studio form, it has an otherworldly quality that derives from Jones’ singular talent.