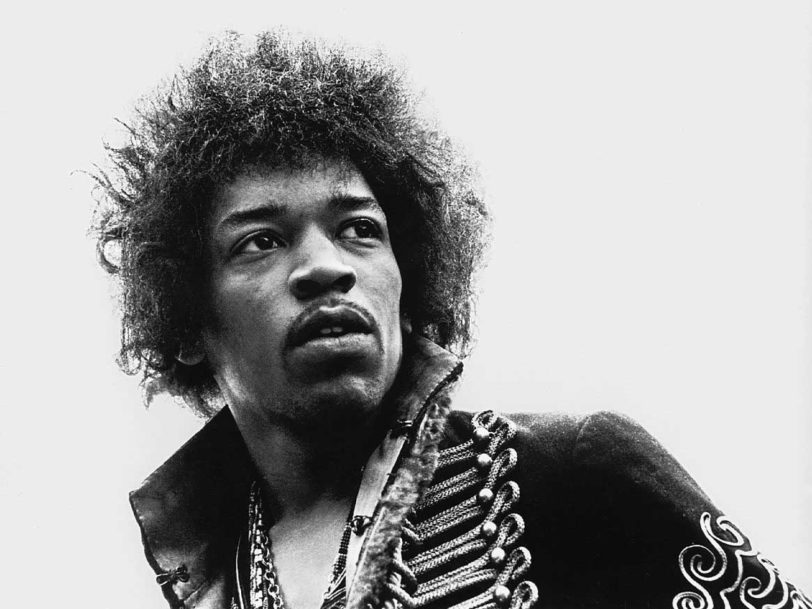 Jimi Hendrix: How The Voodoo Child Became A Guitar God

Forever redefining his instrument, guitarist Jimi Hendrix was a boundary-pushing sonic revolutionary with no equal.

Few musicians can claim to have revolutionised their instrument to the point that it’s never viewed the same way again – saxophonist Charlie Parker, bassist Jaco Pastorius and trumpeter Miles Davis, maybe? But one man stands out as having forever redefined his instrument, exponentially expanding its tonal and melodic palette. That man is guitarist Jimi Hendrix.

Not only did Hendrix push the boundaries of technique, turbocharging the blues licks of BB King, Otis Rush and Buddy Guy, and playing as fast, as fluidly and as creatively as any guitarist before him, but he sought out equipment that would allow him to create sonic tapestries that had never before been heard – much less dreamed of. His use of effects pedals – wah-wah, Fuzz Face, Octavia (developed with London electronics wizard Roger Mayer) and Uni-Vibe, all channelled through a 100-watt Marshall Plexi amp – allowed him to create sublime, clean tones (hear The Wind Cries Mary, Castles Made Of Sand and Little Wing) along with the gnarliest of fuzz (Purple Haze). Utilising feedback manipulation with his Stratocaster’s tremolo arm, or unleashing a barrage of banshee wails, Hendrix launched a one-man sonic assault that at times seemed to evoke the outbreak of war, a gathering of spaceships, or anything else he cared to conjure. Before Hendrix, feedback was an accidental noise that guitarists’ equipment made; after him, it became an essential weapon in all sonic terrorists’ arsenals, from Neil Young to Dinosaur Jr’s J Mascis, Nirvana’s Kurt Cobain and beyond.

Born James Marshall Hendrix on 27 November 1942, Hendrix’s musical education was in R&B, soul and blues, and he paid his dues backing the likes of R&B singers Curtis Knight and Wilson Pickett, vocal trio The Isley Brothers and high-octane soul duo Ike And Tina Turner. Tough gigs on the club circuit, they allowed him, hour after hour, night after night, to hone his technique and rhythm chops.

Like most great lead guitarists – Eddie Van Halen, The Rolling Stones’ Keith Richards and Led Zeppelin’s Jimmy Page among them – Hendrix was also a supreme rhythm player, channelling the gospel-tinged stylings of The Staple Singers’ Roebuck “Pops” Staples and jazz guitarist Cornell Dupree on such songs as Little Wing. Hendrix also created a new type of rhythm playing, fusing the drive of Muddy Waters’ electric blues with his own take on R&B and soul music in order to create such memorable tracks as Crosstown Traffic, Manic Depression, Fire and Spanish Castle Magic. With unfettered instrumental brilliance, Hendrix delivered weight and power while mixing groove, emotion and feeling.

Most astonishing is just how little time Hendrix had on Earth, yet how completely he revolutionised both his instrument and the possibilities of the recording studio. As leader of The Jimi Hendrix Experience and, later, Band Of Gypsys, he was only active for four years, between 1966 and 1970, and he released just three studio albums, Are you Experienced, Axis: Bold As Love and his masterpiece, Electric Ladyland, before his death, on 18 September 1970. Yet, with these sonically revolutionary records, he forever changed the possibilities for all musicians, producers and engineers who followed.

A tireless experimenter, Hendrix’s studio innovations were arguably rivalled only by The Beatles’, who also saw the studio as an instrument that could offer an endless supply of creative possibilities. With producer Eddie Kramer, Hendrix was quick to develop panning, delay, phasing and backwards effects in order to manifest the sounds he heard in his head, creating new and, at times, seemingly alien soundscapes often influenced by his love of science fiction and channelled through a creative vision enhanced by his use of psychedelics.

As a performer, Hendrix still has few peers. Wild, charismatic and utterly engrossing, he set a new standard for both the quality of his live performances and the wild abandonment with which he delivered them. Playing his guitar with his teeth, or behind his head, or setting it on fire – as in his breakthrough performance at the Monterey International Pop Festival, where, sitting on the bill alongside the likes of Grateful Dead and Jefferson Airplane, an awestruck Hendrix copped performance tips from Otis Redding’s barnstorming set – sent shock waves through the establishment, while his overt sexuality and outlandish fashions caused a stir wherever he performed. His epochal version of The Star-Spangled Banner, performed at Woodstock, is still one of the greatest live instrumental performances in the history of rock music.

The list of guitarists Hendrix has influenced is almost endless, but includes Joe Satriani, Steve Vai, Red Hot Chili Peppers’ John Frusciante, the incomparable Stevie Ray Vaughan, John Mayer, Wilco’s Nels Cline, Gary Clarke, Jr, Rage Against The Machine’s Tom Morello and just about any blues, rock, soul or R&B player to pick up a guitar. The effects he used are now ubiquitous in rock music, while much of today’s studio trickery can be traced back to Hendrix’s boundary-breaking experimentation. Alongside The Beatles, Hendrix created the sonic blueprint for modern rock and pop music, doing more than anyone else in history to inspire burgeoning guitarists to pick up a Fender Stratocaster.

Find out why we think Eddie Van Halen is the only guitarist to rival Jimi Hendrix.