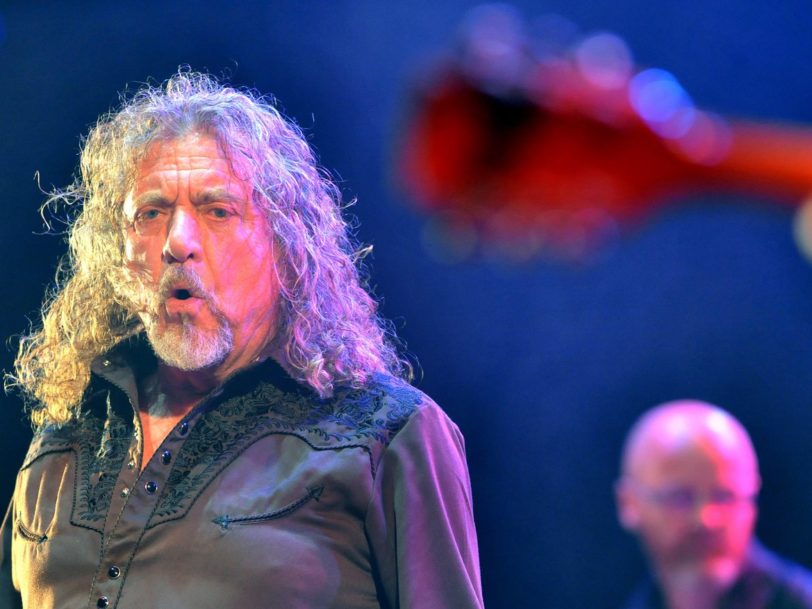 Revealing the true breadth and depth of a legendary artist, these Robert Plant solo songs shine a light on what happened after Led Zeppelin.

Having spent his youth taking to the stage like a wailing mountain lion with a mane of curly hair, Robert Plant embarked on his solo career, eager to shed his rock star image and experiment with new sounds. Across a discography that’s been challenging but always fascinating, these 13 Robert Plant solo songs – one from each album – trace his artistic evolution from the “golden god” of rock’n’roll to purveyor of world folk music.

A highlight among Robert Plant solo songs is the Kashmir-esque Slow Dancer, an epic seven-minute rocker influenced by an Arabic pop hook from Egyptian songstress Oum Kalsoum. Similar to Led Zeppelin’s later material, Plant lets rip with his iconic shriek like a bobcat in mating season while drummer Cozy Powell channels the spirit of John Bonham with thunderous aplomb.

Hoping to borrow some 80s production gloss from Genesis, Robert Plant enlisted Phil Collins as the drummer for his second solo album. Messin’ With The Mekon opens with a spasmodic riff from the underrated guitarist Robbie Blunt, before layering on some jangly New Wave-era atmospherics. Built around a stop-start Caribbean-style rhythm, the song eventually erupts in a splurge of proggy synths.

Jumping deeper into the shallow waters of synth-pop, Robert Plant’s third solo album was another radio-friendly diversion into New Wave-inspired electronic instrumentation. One of the more polarising Robert Plant solo songs, Easily Lead is a cheesy but fun dance-rock track typical of its time, with Plant’s rapid-fire yelps suggesting the influence of Talking Heads. This new direction was clearly something his fans would have to get used to.

Comfortable revisiting his past on his fifth solo album, the gentle acoustic blues of Liars Dance sees Robert Plant dreamily emulating Led Zeppelin circa 1970. In full campfire bluesman mode, the heart-rending plucking of Doug Boyle’s guitar is vaguely reminiscent of Jimmy Page. One of those Robert Plant solo songs that signalled his return to more familiar hard rock territory.

Built around laidback Indian tabla percussion, the jangly Down To The Sea begins with the spiritually uplifting chime of a manjira cymbal. Robert Plant’s sixth solo album, Fate Of Nations, saw him play with more elemental, earthy lyrics, tinged with New Age optimism. “Life is a big tambourine,” he sings. “The more that you shake it, the better it seems.”

Heart In Your Hand (from ‘Walking Into Clarksdale’, 1998)

Following an MTV reunion with Jimmy Page to reinvent Led Zeppelin’s back catalogue with African musicians, Plant and Page teamed up with Nirvana producer Steve Albini for an all-new musical collaboration. The slow ballad Heart In Your Hand sees Page indulging in a twangy, Duane Eddy-esque surf riff, with Plant’s beautifully plaintive vocals evoking all the drama of a lost spaghetti Western.

Not many Robert Plant solo songs can claim to be inspired by trip-hop production techniques, but the singer’s work with Portishead and Massive Attack collaborator John Baggott bore fruit in the worldbeat wonder of Tin Pan Valley. Over an electronic pulse and downtempo beats, Plant’s spoken-word incantations of 21st-century disillusionment explode into a windstorm of heavy guitar riffs, consolidating the singer as a genre-bending adventurer and mystical soothsayer.

In what seemed an unlikely partnership on paper, Robert Plant’s album with bluegrass queen Alison Krauss saw him experience a late-career renaissance, deepening his reach into Appalachian folk and rootsy Americana. Anchored by a downtempo swell of fiddles, this affecting cover of Townes Van Zandt’s Nothin’ adds a deeply personal touch to a song inspired by the last temptation of Christ.

Emboldened by his Grammy-winning success with Alison Krauss, Robert Plant revived the old name of his pre-Zeppelin group Band Of Joy to explore his newfound love of folk-rock and American roots music. Central Two-O-Nine is a sepia-tinged stomper of double bass and mandolin-addled excess, with Plant chanting like a man of constant sorrow fleeing the chain gang on a boxcar to nowhere.

Robert Plant’s boundary-pushing tenth solo album, Lullaby And The Ceaseless Roar, was a melting pot of ideas which saw him combine his flair for lyrical mysticism with hard rock, American blues and world music. Turn It Up is a pyretic rocker apparently inspired by Robert Plant’s disappointment at hearing nothing interesting on the radio while driving his car through the American South.

Plant’s eleventh solo album, Carry Fire, sees him in an unassailable position: part-seer, part-social commentator, Plant is at the peak of his powers. With its pummelling beat and Zeppelin-esque poise, New World covers the poor treatment of Native American tribes and decries the legacy of European imperialism in a New Age immigrant song. After all these years, the song remains the same.

From grunge agitators to Britpop barnstormers, the best 90s musicians helped define the era by adding colour to the close of the millennium.

Like the season that inspired them, the best summer songs can be balmy, blissful and sometimes bittersweet…