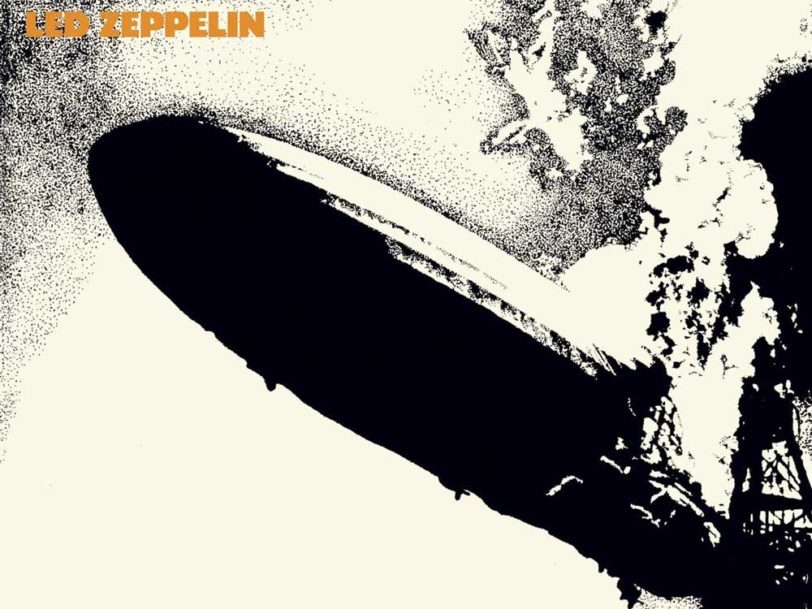 Super-charging the blues with a sound as heavy as their name, Led Zeppelin’s debut album continues to send shockwaves around the world.

Led Zeppelin’s debut album is now widely accepted as a significant milestone in the evolution of hard rock and heavy metal, but when it first landed, its impact was truly awe-inspiring. “It just leapt out at you,” Melody Maker’s Chris Welch told Classic Rock in 2014. “It really did feel like a great leap forward in terms of the sound you could actually get on a record!”

Hard-headed professionals such as Welch weren’t the only ones floored by the seismic shockwaves emitted from Led Zeppelin’s debut album when Atlantic first released it on 12 January 1969. When the record initially hit the racks, the band were busy wowing new fans on their first North American tour, and by the spring of 1969 they were headlining major US venues such as The Winterland in San Francisco and the Rose Palace in Pasadena.

“Every night, new things were happening”

It’s something of an understatement to suggest Led Zeppelin’s rise was meteoric, though the band were hardly an overnight success, either. Indeed, their founder member and prime mover, guitarist Jimmy Page, had been pursuing the dream since he joined The Yardbirds in 1966.

Established as one of London’s go-to session guitarists, Page rapidly amassed an enviable CV, appearing on classic early singles by acts such as The Who, Them, Joe Cocker and many more from 1962 through to 1966. During this time, he’d also picked up valuable experience watching producers such as Shel Talmy and Joe Meek weave their magic in studio settings.

Initially appearing alongside Jeff Beck, Page joined The Yardbirds as their trail of UK hit singles was drying up. However, the band attracted widespread critical acclaim for their visceral live shows in the US during their latter days. As Page later told Classic Rock, “It could have been better than the Stones.”

Instead, the band split during the summer of 1968, with Page laying much of the blame for their disillusionment at the door of their manager-producer, Mickie Most, who largely chose the material The Yardbirds recorded, and hustled them through their studio sessions. In response, Page was determined to assume artistic complete artistic control with his next band, which was initially dubbed The New Yardbirds before morphing into Led Zeppelin.

“Collective energy made this fifth element”

Page personally selected his new bandmates. Bassist/multi-instrumentalist John Paul Jones, another highly-respected sessioneer on the London scene, was recruited alongside powerhouse drummer John Bonham and (on the recommendation of singer Terry Reid), vocalist Robert Plant, both of whom had previously been part of Birmingham psych-rock outfit Band Of Joy.

The guitarist felt he was onto something, but even he was amazed how good the band sounded at their first rehearsal, which took place on 19 August 1968, in a small room below a record shop in London’s Chinatown. The band plugged in and performed Johnny Burnett’s Train Kept A-Rollin’ and were astounded by the results.

“It was unforgettable,” Page told Classic Rock. “Everybody just freaked. It was like these four individuals, but this collective energy made this fifth element. And that was it. It was there immediately – a thunderbolt, a lightning flash – boosh! Everybody sort of went, ‘Wow!’”

“I had a mountain of riffs and ideas”

A short Scandinavian tour followed in September, during which the fledgling band worked up a killer live set, including covers of Willie Dixon’s blues standards You Shook Me and I Can’t Quit You Baby, as well as a clutch of highly promising, freshly-penned originals. “I’d already come up with such a mountain of riffs and ideas,” Page enthused, “because every night we went on there were new things happening.”

Keen to capture the magic, Page ushered his new charges into London’s Olympic Studios after they returned from Scandinavia, where, in just a few days, they laid down the nine tracks that make up Led Zeppelin’s debut album – completing all recording and mixing duties in little more than 30 hours of studio time.

It was the ideal approach, as the album exuded both rawness and a still-thrilling urgency. A nigh-on perfect statement of intent, its explosive opener, Good Times Bad Times, blended the heft of hard rock with the economy of radio-friendly pop, while the spiky Communication Breakdown was a short, sharp blast of proto-punk energy worthy of The Stooges or MC5.

Elsewhere, Page and company stretched out on their lengthy and imperiously heavy versions of You Shook Me and I Can’t Quit You Baby, before enjoying a further dalliance with the blues on How Many More Times: a barnstorming original incorporating snatches of Albert King’s The Hunter and The Yardbirds’ reworking of Howlin’ Wolf’s Smokestack Lightning.

In sharp contrast, Page’s bucolic, Bert Jansch-inspired Black Mountain Side and the stirring, organ- and pedal steel-assisted hymnal, Your Time Is Gonna Come, revealed that Led Zeppelin had more than merely muscle and volume in their armoury. However, they rapidly built the tension back up with their volcanic version of Anne Bredon’s folk standard Babe I’m Gonna Leave You and pulled out all the stops during their epic repurposing of Jake Holmes’ witchy ballad Dazed And Confused, which was fast becoming the centrepiece of their early live shows.

Issued in an iconic album cover featuring illustrator George Hardie’s adaptation of Sam Shere’s photograph of the 1937 Hindenburg airship disaster, Led Zeppelin’s debut album looked as classic as it sounded, and strands of its DNA can be detected in virtually every hard rock record that’s followed in its wake. Though the sheer strength of its sonic onslaught alienated some contemporary critics, the record simply bulldozed everything in its path.

The song that brought Prince to the world’s stage, When Doves Cry marked an epochal moment in pop-culture history.

Who Is Sam Ryder? Introducing The UK’s Eurovision Contender