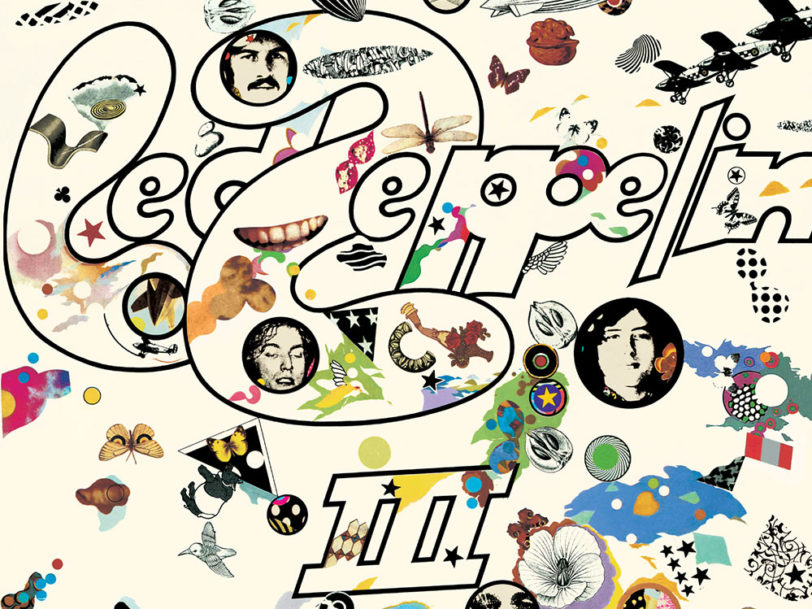 Often described as the band’s “acoustic” album, ‘Led Zeppelin III’ draws upon an expanded palette – including the group’s heaviest rock.

If Led Zeppelin’s first two albums turned them into the biggest rock band in the world, Led Zeppelin III cemented their place as the greatest. Rarely has an album been more eagerly anticipated – rarer still that a band has surprised their followers with such a huge stylistic jump. Largely eschewing the turbo-charged blues and thunderous riffing of Led Zeppelin and Led Zeppelin II for a more pastoral, acoustic direction.

Despite often being described as the band’s “acoustic” album, Led Zeppelin III opens with Immigrant Song, as heavy a track as they ever committed to record. Over John Bonham’s thunderous drumming and the visceral drive of Jimmy Page’s Les Paul riffing, Robert Plant unleashes a banshee wail as he describes the marauding Viking hordes.

Led Zeppelin III’s other two “rock” tracks show both the band’s expanding musical palette and a more democratic approach to songwriting. John Bonham provided the riff to Out On The Tiles and used the song’s outro as a showcase for his rarely – if ever – bettered drumming, locking in almost telepathically with Page and bassist John Paul Jones. Never before had knife-sharp accuracy resulted in such a glorious groove. Celebration Day opens with another first for the band: John Paul Jones’ use of the Moog synthesiser, which bolsters his preposterously funky bass while Page uses all his chops to add slide guitar and an almost country-rock solo.

Refusal to be pigeonholed

In line with the band’s refusal to be pigeonholed, the rest of Led Zeppelin III points to a deep understanding of folk, blues and Eastern influences, revealing a band adept enough make those influences their own. Friends sees Page utilise a C6 tuning – most commonly associated with steel guitar – on 12-string acoustic, an instrument he had previously used on Led Zeppelin II’s Thank You.

Taking a break from the rigours of touring, Plant and Page ha decamped to Bron-Y-Aur cottage in the Welsh countryside, where most of the album’s acoustic songs took shape. Page’s love of musicians such as Davey Graham and Bert Jansch, and the alternate tunings they introduced to British folk music, shines through in his sublime fingerpicking on the turbo-skiffle of Bron-Y-Aur Stomp (replete with John Bonham on spoons), while Gallows Pole sees him add more folk stylings courtesy of banjo and mandolin. Meanwhile, with its acoustic 12-string, pedal steel, harmonies and Tone Bender fuzz-fuelled solo, Tangerine could easily have originated from Los Angeles’ Laurel Canyon, where the country-rock scene was taking shape.

One of Led Zeppelin’s finest moments on record – and Robert Plant’s coming of age as a lyricist – is the sublime That’s The Way. Underscoring just how powerful and affecting the group could in an acoustic setting, Page’s plaintive pedal steel adds an aching counterpoint to Plant’s heartfelt vocal. Elsewhere, with Page channelling his heroes and Jones underpinning the track with sublime Hammond organ and bass pedals, Since I’ve been Loving You is a minor blues tour de force that would be a staple in the band’s setlists for years to come.

A melting pot of disparate influences, Led Zeppelin III cohered into a unified whole, providing a stepping stone towards the even greater complexities that would follow in later albums.