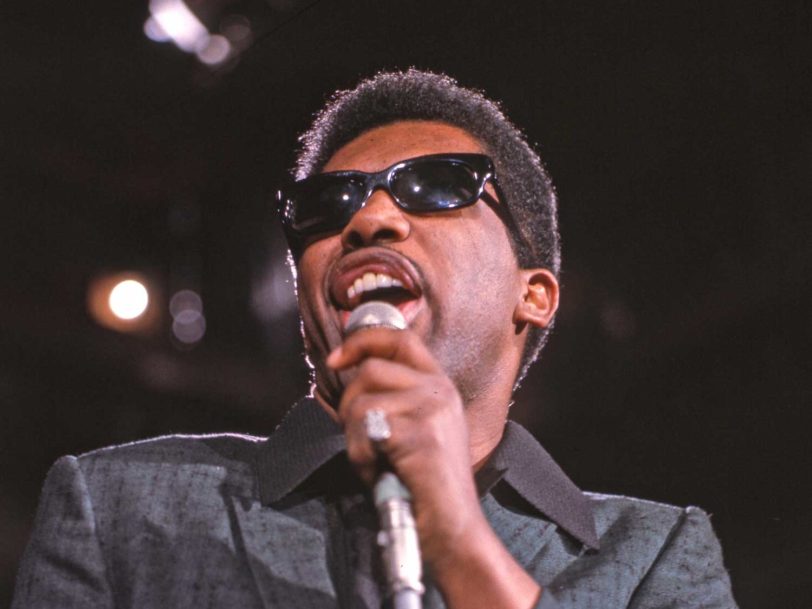 Ben E King, originally Benjamin Earl Nelson, was born in North Carolina on 28 September 1938. He spent his teens in Harlem, New York City, and got his break in 1958 when The Drifters’ management sacked the entire group and replaced them with King’s outfit, The Five Crowns. The Drifters were already a hit act, but Ben E King’s lead vocals made them even bigger, putting them at the forefront of the new force in black music – soul – and paving the way for the best Ben E King songs to further define the genre.

King signed as a solo artist to Atlantic Records’ ATCO subsidiary in 1960, and unleashed two hits that became eternal emblems of R&B and rock: Stand By Me and Spanish Harlem. His emotive voice was allied to a tasteful restraint that rarely saw him overcook a song, and his greatest records seemed to say, “Things may not be going right for you, but I can express it on your behalf.” A major US star, King was overtaken somewhat by the rougher-edged vocalists of mid-60s soul, but he remained a force, and when the scene shifted to funky grooves, this slinkier sound suited his style – he was still charting in the mid-70s.

Not just a pioneer of soul and an inspiration to John Lennon and Aretha Franklin, Ben E was also a major influence on reggae: his records were frequently covered in Jamaica. The singer died on 30 April 2015, but his music lives on; somewhere in the world, every minute of every day, a Ben E King song is lifting someone’s spirits.

Here, then, are ten of his best.

Listen to the best of Ben E King here, and check out our best Ben E King songs, below.

Aretha Franklin’s version is more famous, but Ben E King’s came first. Written by Atlantic Records president Ahmet Ertegun with the singer’s wife, Betty, this cut made No.11 in the US in 1962 – the same position Aretha attained eight years later. An uncomplicated number, Don’t Play That Song (You Lied) demands a singer capable of summoning regretful emotion to imbue it with the heartache it requires. Ben E delivered that feeling convincingly.

After a period recording for other labels, Ben E was rejuvenated by a return to Atlantic in 1974, landing a smash with this funky thriller the following year. The chilled groove suits the singer perfectly, as he lauds his magical lover. Written by prolific soul tunesmith Patrick Grant with Gwen Guthrie (later famous for Ain’t Nothin’ Goin’ On But The Rent), Supernatural Thing shot to No.5 in the US chart without exuding a molecule of perspiration.

Ray Charles grabbed the plaudits for fusing R&B and country, but he wasn’t alone. The Drifters tackled themes country musicians might have covered, and Ben E King went the whole hog with 1965’s Seven Letters. It offered a full country arrangement and cheesy backing vocals, but neither stymied the blessed soulfulness of King’s fabulous voice. Jamaica was listening, and the song soon became a reggae smash for Derrick Morgan.

The arrangement is similar to Seven Letters: a ballad, female chorus high in the mix, King confessing pain. But the feel of 1964’s That’s When It Hurts is different: it’s entirely R&B, with Ben E giving it the full gospel treatment and the drummer thumping it home. Tell it, brother Benjamin.

Not all the best Ben E King songs were sung from the perspective of a man on the edge – unless that means the edge of ecstasy, as this pulsing song of passion from 1962 purrs. Penned by Doc Pomus and Phil Spector, Ecstasy sold well at the start of the year, though it was eclipsed by the title track of the album it appeared on, Don’t Play That Song!

Good question. Not that the singer entirely answers it, though the lyrics suggest you know it when you feel it. This is a far more upfront King track than usual – a mid-60s dancer as loud as a riot. The thumping opening beat could only be the work of legendary East Coast session star Bernard “Pretty” Purdie: ride it or perish, singers. Ben E King is more than a match for this raucous vibe.

Ben E King had no fear of melodrama, tackling bleak ballads as easily as he handled soul groovers. I (Who Have Nothing) is best known in the UK for being sung by Shirley Bassey, and in the US for being released by Tom Jones, but Ben E King cut the first English-language interpretation in 1963. Originally sung in Italian (as Uno Dei Tanti) by Joe Sentieri, Jerry Leiber and Mike Stoller penned the English lyrics, and Ben E simply sang them over the original backing track, handling it beautifully. The result is a heartrending entry among the best Ben E King songs.

If Ben E King was perfect fronting an Italian orchestra, how about a Scottish funk band? In 1977, he teamed up with Average White Band for the superb Benny And Us album, in which the Dundee groovers’ classy funk supported Ben E’s delicious tones. “Prince” Phillip Mitchell’s A Star In The Ghetto, a tale of being down with your people even as the rest of the world blanks you, hit the US R&B chart. It was not the album’s only highlight – check out the exquisite take of Donny Hathaway’s Some Day We’ll All Be Free.

Though Stand By Me just about pips it for fame, Spanish Harlem remains breathtaking. It also made Ben E King a solo star. That elegant glockenspiel; that mellow Latin beat; the carefully crafted production; that steady way the singer recounts his story of growing love, making his longing feel like a force of nature… The definition of pop perfection at the turn of the 60s, Spanish Harlem has been on the map ever since.

As if Spanish Harlem was not enough, Ben E King delivered an even greater record with his next hit, 1961’s Stand By Me. There have been numerous cover versions, but fine though they are, the original cut cannot be bettered; whatever disaster awaits Ben E King, he can face it with his lover by his side. Topping our list of the best Ben E King songs, never has a musical plea been delivered with such soulful dignity.

Check out the full story behind Stand By Me