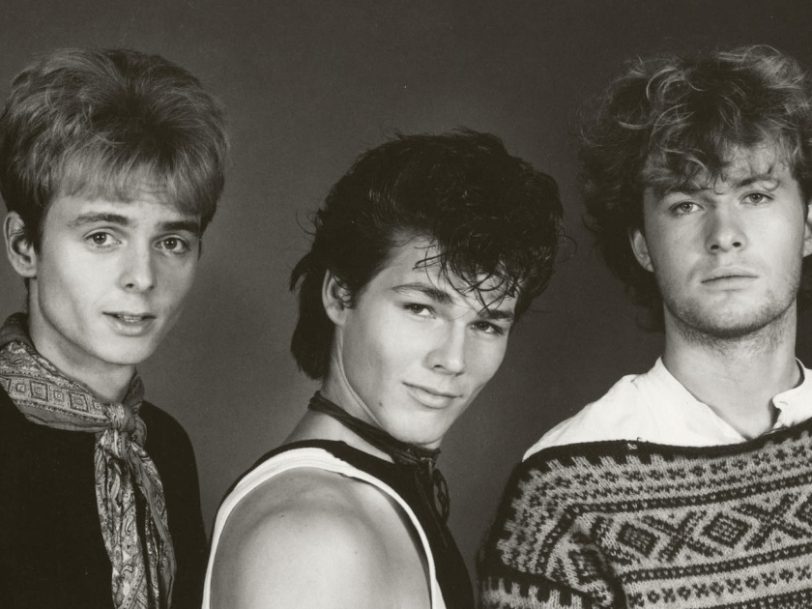 East Of The Sun, West Of The Moon’: a-ha’s New Creative Dawn

With the ‘East Of The Sun, West Of The Moon’ album, a-ha took a grittier rock approach which supported their growing confidence on stage.

East Of The Sun, West Of The Moon is the first album by the band we recognise today as a-ha. The group’s fourth studio album, issued in October 1990, it’s the sound of three musicians drawing back from a demanding period of touring and resetting a working agenda that offered the opportunity of maintaining long-term momentum.

Listen to the ‘East Of The Sun, West Of The Moon’ album here.

Most bands would share the sense of burnout that Norway’s most famous export experienced following the global success of their breakthrough single, Take On Me. Three smash albums followed in speedy succession (1985’s Hunting High And Low, the following year’s Scoundrel Days and 1988’s Stay On These Roads), embedded into a punishing, seemingly endless schedule of promotional work and multiple tours. In March 1989, a string of lives dates in South America ended with nothing immediately scheduled to follow.

“We were ready for change with a lot of things”

a-ha sensibly took a breather and regrouped in their London studio to work on a new set of demos with their Norwegian backing band. “We were ready for change with a lot of things,” Paul Waaktaar-Savoy later recalled. “We wanted to get a performance in the studio and make recording easier. The increased touring was definitely bleeding into our studio work.”

The melodrama remains in what emerged, but there’s less focus on hit-oriented hooks and a softer, more fluid grace to the 11 tracks on East Of The Sun, West Of The Moon, with six songs produced by seasoned pop producer Chris Neil and the rest helmed by former Tears For Fears band member Ian Stanley, who went on to produce Natalie Imbruglia and The Beautiful South.

The album’s lead single, Crying In The Rain, added as an attempt to soothe concerns that East Of The Sun, West Of The Moon lacked an obvious hit, redresses The Everly Brothers’ classic in a contemporary atmosphere and sounded great on radio, topping the charts in a-ha’s homeland.

Two further international singles were extracted from the album – I Call Your Name is perhaps East Of The Sun, West Of The Moon’s most pop moment: a melodic midtempo cut with Morten Harket’s soaring vocals and a neat, confident hook adding up to a would-be chart success that somehow became the band’s first single in five years to miss the UK Top 40. The brooding Early Morning followed in most markets, but a-ha’s Japanese record label picked the more delicate Waiting For Her, a safer choice with more orchestral nods to the material that had made for the best a-ha songs to date.

On the urgent Cold River, there are obvious echoes of the storming synth statement the track might have become just a few years earlier, but it’s the measured, controlled pace of songs such as the haunting Slender Frame and the delicate East Of The Sun that best characterise East Of The Sun, West Of The Moon.

The album’s two producers blend nicely, almost reflecting the push-and-pull influences at play: a-ha’s increasing self-confidence in their ability to perform live, set against the smoother, studio-honed pop sensibility that was more evident on their first three albums. All of it is underpinned by the band’s brilliant songwriting. But with tracks such as the rock shuffler Sycamore Leaves, the theatrical and free-form The Way We Talk, the brooding Rolling Thunder (a companion track to Crying In The Rain, for sure) and the almost-acoustic (Seemingly) Nonstop July, a-ha seemed determined to discard all the trappings of a formula that had served them so well until this point.

“We had an ambition of reclaiming US territory”

It would be foolish to characterise East Of The Sun, West Of The Moon as wilful career sabotage, but, released on 27 October 1990, it was certainly an act of bold self-determination, designed to push at the boundaries of what an a-ha record was expected to be. With the “new-pop” order largely diminished by the surge in hip-hop, dance and indie music at the turn of the 90s, and with grunge and Britpop just around the corner, the rethink now looks timely. “There was clearly a need for us to experiment our way away from the synth era of the 80s,” said Magne Furuholmen.

“We also had an obsession – or ambition – of reclaiming the US territory we had lost with our second and third albums and it shows in the rockier and more guitar-based sound, and with references to our childhood heroes The Doors in songs like Early Morning,” the keyboardist and guitarist added.

Sadly, North American audiences were immune to the album’s charms, though the band continued – and continues – to command a cult following there. But East Of The Sun, West Of The Moon remains an accomplished kick-off to the band’s next chapter, and stands as a reminder that their legacy is far greater than often imagined.