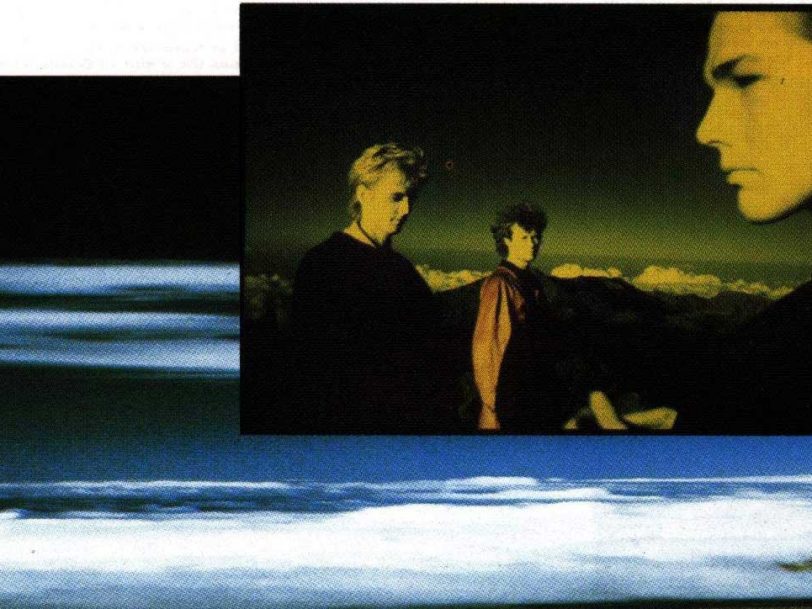 Scoundrel Days: How a-ha Signalled Their Pop Years Were Over

A reaction to the fame brought on by Take On Me, the ‘Scoundrel Days’ album found a-ha forging a darker symphonic statement.

No one would have blamed a-ha for failing to try too hard on their second album, Scoundrel Days. The colossal momentum created by that first hit, the ubiquitous Take On Me, could have allowed the group to coast for a couple of years with the teen fanbase they had secured, in part, on the photogenic appeal of its three bandmates.

What most would appreciate in time – and the more astute got straight away – was that the trio had a musical drive far sharper than their chiselled cheekbones, and it elevated even their earliest material above standard pop fare. Scoundrel Days’ lead single, I’ve Been Losing You, made that statement from the off, with its brooding rock edge startling observers on its September 1986 release. It had been recorded a few months earlier, in snatched sessions in Australia, and was the last song to be added to the album; the pace needed to be frenetic, as a-ha’s first album, the classic Hunting High And Low, exploded across the planet, with the predictable demands for a global tour coming soon after.

Destined to be darker

Luckily the band’s stop-start genesis had allowed them to build up a strong arsenal of songs, some dating back to 1984, that could be reshaped for Scoundrel Days, which was always designed to be darker than what had gone before. Many have labelled this the genius of a-ha: an ability to drench a perky pop riff in something keyboardist Magne Furuholmen describes as “epic melancholia”. Tracks such as Manhattan Skyline (a surprising choice for a single in 1987) demonstrate this bold positioning, and guitarist Paul Waaktar-Savoy cites this as a personal favourite from the ten-song album, along with its equally atmospheric title track.

There was still time for the lighter pop top notes. We’re Looking For The Whales has closest echoes to the band’s signature song, while Scoundrel Days’ second single, Cry Wolf, does a solid job of bridging the gap between a-ha the reluctant pop stars and a-ha the considered musical trio perhaps dismissively still playing that part. The song proved to be the band’s final success in the US, peaking at No.50 on the Billboard Hot 100.

Maybe Maybe is as light as anything gets here, so it’s far from indicative (and might explain its limited issue as a single, in Bolivia of all places, becoming one of the holy grails of a-ha vinyl collecting). The ballads Soft Rains Of April – which first began life on Våkenatt, the second album by the pre-a-ha outfit bridges – and the haunting October are more typical fare, and certainly raised eyebrows among the legions of Smash Hits readers concerned that the group appeared to be turning their back on the pop crowd. October appears to have its source in Soft Cell’s Non-Stop Erotic Cabaret, rather than anything more reassuringly comfortable from Spandau Ballet or Duran Duran; surprising stuff, indeed!

The light-touch steer of producer Alan Tarney, no doubt drafted in again to repeat the magic formula of a-ha’s first two hits, proves a safe pair of hands and creates as much melodic confection as he can, though there’s no doubting a-ha were making a considered retreat from pop’s front line. Good job, then, that Curiosity Killed The Cat had recently arrived on the UK scene and, across wider Europe, the dominance of Stock Aitken Waterman’s Hit Factory was just around the corner.

Released on 6 October 1986, Scoundrel Days is one of those albums that demands a repeat listen – a-ha’s sound would evolve, becoming more nuanced and complex in time, but this symphonic statement made an effective case for the act be taken more seriously. The market wasn’t entirely ready to accept that back then, but the album has matured nicely in the years since its release. In redefining their sound, a-ha agitated expectation just enough to draw in a more demanding audience that would see through the hysteria to discover something altogether more rewarding.