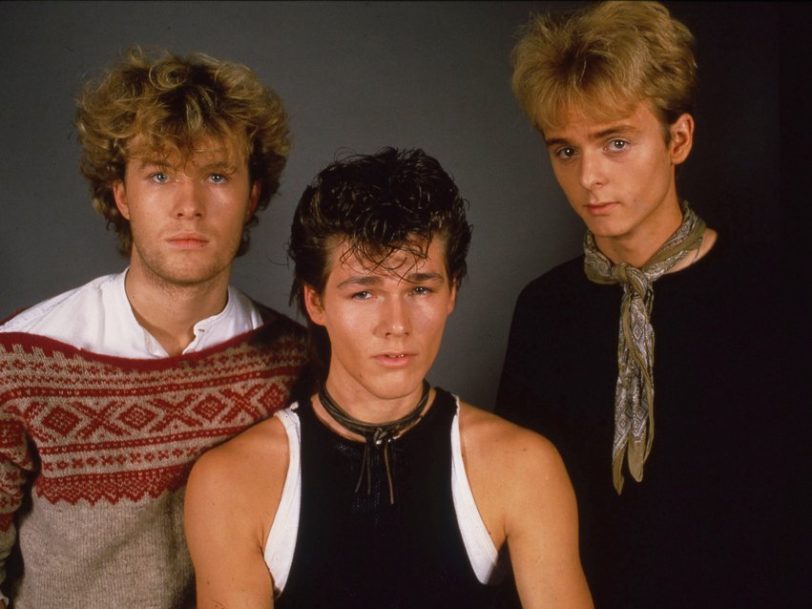 Many people think a-ha are a one-hit wonder. Why? Three words: Take On Me. Originally released on 19 October 1984, it was known as The Juicy Fruit Song when a-ha predecessors bridges wrote it. Reworked as Take On Me, the song then went through a re-recording and two passes at a promo video before becoming a smash hit that reached No.2 on the UK singles chart and broke No.1 almost everywhere else – including the group’s homeland of Norway – in 1985. Cementing a-ha’s place in the pop firmament, on 19 October 1985, a year to the day after the first version was released, the re-recorded Take On Me topped the US charts.

But it’s Take On Me’s very success that overshadows a-ha’s other material – you know, their ten studio records and 30-plus singles, at least a third of which hit No.1 in various countries around the world, from the UK to Belarus to Argentina.

So why is a-ha’s wider discography largely ignored? Could Take On Me just be that good? Well, no. Any serious a-ha fan will tell you of the wonders of The Sun Always Shines On T.V., the surreptitious love song I’ve Been Losing You and the monumental vocal range displayed by frontman Morten Harket on Summer Moved On. Granted, most listeners aren’t serious a-ha fans, but the fact remains: the Norwegian trio have an incredible back catalogue. Nine times out of ten, however, if a radio DJ mentions them, the next track after the break will be Take On Me.

Perhaps all the attention is thanks to Take On Me’s inventive music video, as famous as the song itself. Actually the second video filmed for Take On Me (the first, featuring the band performing on a soundstage, was made for the 1984 recording), its comic-book-style scenes are certainly easy on the eye, with a seductive Morten Harket at his most Patrick Swayze-esque, luring an initially apprehensive young woman into his vibrant synth-pop world. Beyond iconic, not only did the Take On Me video burst onto MTV with originality and flair, but it has now racked up over one billion views on YouTube. The band’s next-highest view count? The Sun Always Shines On T.V. has a measly 62 million in comparison.

Exceptions to the rule

Take On Me’s attraction to fans both young and old is without question, but what about the rest of a-ha’s discography? A lot of their work is arguably superior, but not often recognised as such. There are exceptions to the rule; their debut album, Hunting High And Low, holds a special place in Coldplay’s Chris Martin’s heart, with the group often covering its title track (sometimes accompanied by Harket himself). Plus, a-ha were clearly big enough to take on the challenge of doing 1987’s Bond theme, The Living Daylights, an honour typically reserved for the best of the best, Shirley Bassey, Duran Duran and Paul McCartney among them.

That said, a-ha’s catalogue is not perfect. Critics panned 1991’s Move To Memphis for cashing in on the grunge craze (a little harsh; the single version was a step up from the original effort), while the band’s tendency to disappear and reappear has been met with mixed results. The first half of Minor Earth Major Sky, the 2000 comeback album that brought a seven-year hiatus to an end, is excellent, but 2015’s Cast In Steel, recorded after a second reunion, was a disappointing and largely unmemorable development.

Still, dozens of big names have fallen victim to half-hearted returns and dud records. Take U2, Bruce Springsteen or even Guns N’ Roses: all active during the 80s, they took lengthy breaks and returned with polarising results, doing their fair share of experimentation along the way. Yet none of them are tied to just one single track, however popular With Or Without You, Sweet Child O’ Mine or Dancing In The Dark remain. It seems a-ha have a different problem, likely due to two fundamental reasons.

Firstly, they’re Norwegian. They perform in English, sure, but, like many European acts, the uninitiated can sometimes treat a-ha as a novelty act. Look at Falco, Alphaville, Laid Back or, hell, Europe – despite hefty back catalogues and commendable success in many countries, they’re all permanently attached to one signature track in the UK. The issue is exacerbated today, when an abundance of playlists (80s Workout! 80s Chill!, 80s Party!) continually serve these tunes at the expense of deeper dives into an artist’s work.

Then there’s the problem of being so strongly tied to one era. Let’s look at The Human League, Depeche Mode, New Order and Spandau Ballet. Huge acts? Check. Impressive global reach? Check. Prolific? Check. But what songs come to mind? Exactly. Thanks to those damned playlists, MTV’s influence and radio’s fondness for playing big hits to absolute death – and then some – some of the most beloved 80s acts still fall victim to the signature-song syndrome.

One-hit wonders? It’s not their fault!

This is not a frowning at the signature song as a concept. The idea of a big single is to draw listeners in, get the airplay that artists long for after grinding away in a rat-infested bedsit in London (at least in a-ha’s case). And, of course, signature songs make the (music) world go round. Where would we be without Free Bird or Bitter Sweet Symphony? But when listeners aren’t into the records, or want to pretend the single is the only thing the group ever released, then the “a-ha are a one-hit wonder band” takes come steamrolling in, no matter how versatile they really were.

And it’s a shame. Because Scoundrel Days is probably the best synth-pop record of 1986. Because Hunting High And Low has some of the most gorgeously intricate and electric melodies ever to grace pop music. Because Analogue proves hitching a ride on a bandwagon can be just what a band needs for a new lease of life. And because a-ha are not a one-hit wonder band. They’re an essential part of pop culture, a misunderstood footnote in the pop music canon. And, like a few of their contemporaries, none of it is their fault.