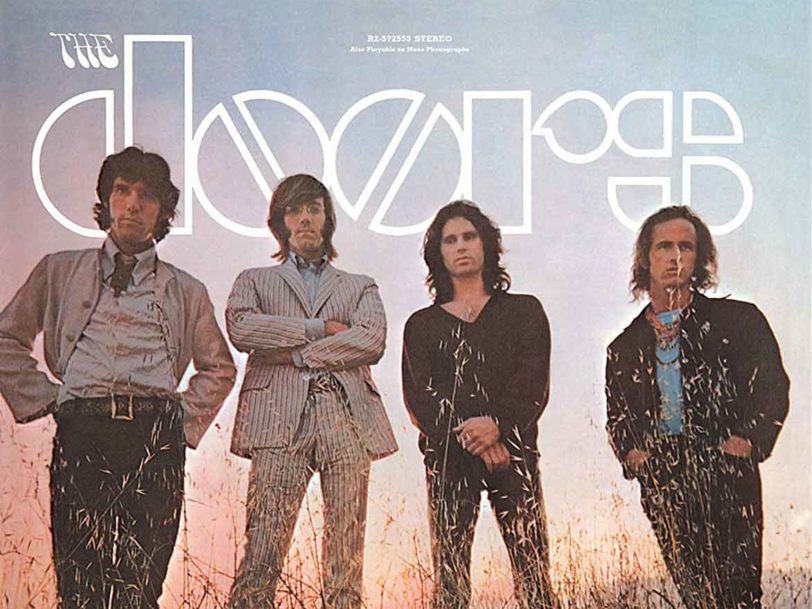 Waiting For The Sun: How The Doors’ Third Album Offered A New Dawn

Though challenged by personal demons and the pressures of fame, ‘Waiting For The Sun’ proved The Doors weren’t ready to close just yet.

First released in July 1968, The Doors’ third album, Waiting For The Sun, topped the US charts for four weeks and eventually moved over seven million copies worldwide. Yet, while the record was an unqualified success, it also epitomised the notion of the “difficult third album”, with the LA-based quartet enduring gruelling studio sessions in order to get it over the line.

Listen to ‘Waiting For The Sun’ here.

“Jim would get really bored”

In a sense, The Doors had become victims of their own success. They’d enjoyed a phenomenal year in 1967, with their first US No.1 single, Light My Fire, and the releases of their self-titled debut album and its equally revered successor, Strange Days, transforming them into one of the world’s premier rock groups. Meanwhile, Jim Morrison’s natural charisma and photogenic looks ensured he was now very public property, but The Doors’ frontman also picked up an entourage of new friends demanding his attention – and his newly acquired taste for alcohol began to interfere with his artistic endeavours.

“By the time we got to Waiting For The Sun, we had enough money to spend a lot of time in the studio recording, so Jim would get really bored,” guitarist Robbie Krieger told Classic Rock in 2018. “We’d be spending six hours on the snare drum sound, and the vocal is always the last thing to be recorded. He would end up going to the bar and getting wasted, and was useless after that.”

Morrison’s apparently laissez-faire attitude to the sessions irked his bandmates, with drummer John Densmore even quitting the band – though he returned within 24 hours. However, other pressures also played their part, not least because The Doors embarked upon the sessions with a lack of new material at their disposal. The group had initially intended for their 18-minute epic, The Celebration Of The Lizard, to take up one side of Waiting For The Sun, but after several attempts to nail it failed, the band reluctantly started again from scratch.

“You’re kind of out of songs”

“We had enough songs for two albums before we ever went in to record the first album, but by the time the third album rolled around, you’re kind of out of songs,” Krieger reflected in a Billboard interview. “So I ended up writing more of the songs… I got to do stuff like Spanish Caravan and Yes, The River Knows.”

Krieger’s songs remain among Waiting For The Sun’s highlights. One of The Doors’ most dramatic set-pieces, the Andalusian-flavoured Spanish Caravan was underpinned by Krieger’s fluid flamenco guitar playing, while Yes, The River Knows was a poetic ballad akin to The Crystal Ship, from the band’s self-titled debut album. Also featuring a tender Morrison vocal, Yes, The River Knows ranks among The Doors’ most overlooked songs, though the band always believed in its quality.

“The piano and guitar interplay is absolutely beautiful,” keyboardist Ray Manzarek reflected in the sleevenotes for 1997’s The Doors Box Set. “I don’t think Robby and I ever played so sensitively together. It was the closest we ever came to being [jazz musicians] Bill Evans and Jim Hall.”

“I am The Lizard King, I can do anything”

Elsewhere, The Doors either wrote new material in the studio or drew upon whatever remained from their earliest days as a band. The a cappella work song My Wild Love and the urgent, proto-metal anthem Five To One sprang from spontaneous studio jams, while both Love Street and Hello, I Love You were early songs afforded upgrades.

The lilting, baroque-flavoured Love Street originated as a poem Morrison wrote about the street he lived on in Los Angeles’ Laurel Canyon with his girlfriend Pamela Courson, while Hello, I Love You – which featured on The Doors’ earliest demo in 1965 – was transformed into a slice of infectious, Nuggets-style garage-pop with Krieger’s fuzzbox-fuelled guitar playing a starring role.

A part of Celebration Of The Lizard also eventually found its way on to Waiting For The Sun. Its most cohesive section, Not To Touch The Earth, appeared as a standalone track and sounded especially ominous sequenced between the delicate Love Street and the wistful, resigned Summer’s Almost Gone. Celebration Of The Lizard’s entire lyric was also published inside the gatefold jacket of the album’s original pressing, and its most-quoted line (“I am The Lizard King, I can do anything”) has since become synonymous with Jim Morrison.

Waiting For The Sun was trailered by The Doors’ most overtly political song, The Unknown Solider. A strident commentary on the increasingly apocalyptic Vietnam War, it came accompanied with a promotional film depicting Morrison’s mock execution – something the group continued to re-enact during live performances of the song.

Despite being one of the best Doors songs, The Unknown Soldier’s controversial subject matter spooked radio DJs away from playing it, but its successor – the eminently catchy Hello, I Love You – shot to No.1 in the US and Canada just as Waiting For The Sun was released on 3 July 1968. With the album also topping the US charts, the concerts The Doors performed at the prestigious Hollywood Bowl and The Singer Bowl in New York’s Flushing Meadow in the summer of 1968 elevated them to the height of their fame.

“A band at its most dextrous, creative and musically diverse”

In the years since, Waiting For The Sun has became something of an underground favourite, with retrospective reappraisals rightly asserting that it was well worth the toil The Doors put in to see the record through to completion.

“Despite the fact Jim Morrison was becoming more self-destructive, Robby Krieger, Ray Manzarek and John Densmore were never more lucid,” Slant wrote in their 2007 retrospective. “Waiting For The Sun represents a band at its most dextrous, creative and musically diverse.”

Check out our best Doors songs to find out which ‘Waiting For The Sun’ tracks shine the brightest.