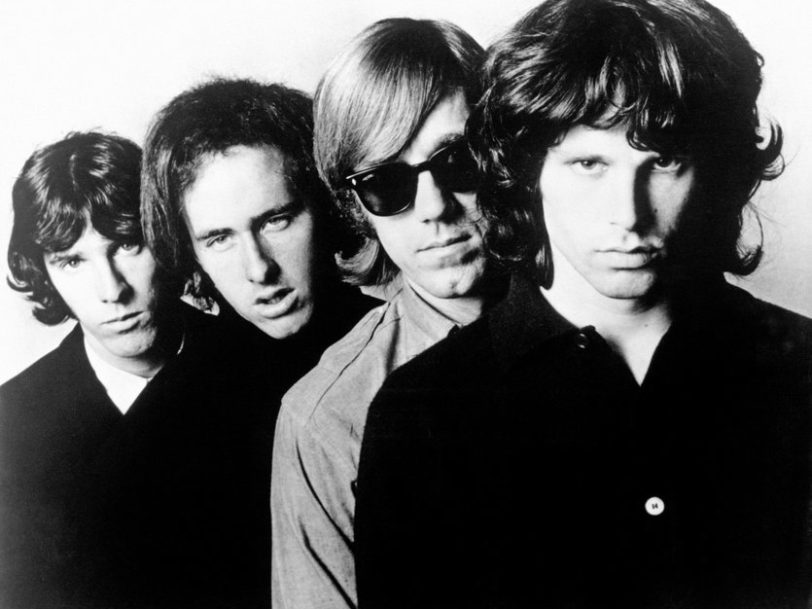 Light My Fire: The Story Behind The Doors’ Scorching Signature Song

It needed a user-friendly radio edit, but The Doors’ breakthrough song, Light My Fire, burned its way into the rock’n’roll history books.

The Doors’ signature hit, Light My Fire, topped the Billboard Hot 100 and turned its creators into one of the best rock bands of all time, but it’s since enjoyed a remarkable afterlife on its own terms. Spawning covers by artists as disparate as Stevie Wonder, UB40, Nina Hagen and Dame Shirley Bassey, it’s now widely regarded as a “standard”: a song with across-the-board appeal which transcends both era and genre.

Listen to the best of The Doors here.

Even on first listen, Light My Fire’s appeal is all too apparent. It’s a truly beguiling song, featuring one of Jim Morrison’s most seductive vocals, and stunning interplay from his three bandmates, keyboardist Ray Manzarek, guitarist Robby Krieger and drummer John Densmore. However, while there’s no denying this singular song’s genius, it had the humblest of beginnings and sprang primarily from necessity.

When The Doors began playing shows towards the back end of 1965, they still had a meagre supply of original songs, and their live set was padded out with go-to covers such as Them’s Gloria and Willie Dixon’s blues standard Back Door Man. If they were to make a career out of music, the Los Angeles quartet needed their own material, but while Jim Morrison had already emerged as the band’s primary lyricist, he urged his colleagues to start writing, too.

“When Jim tasked us all with bringing in original material, though, I was the only one who gave it a shot,” guitarist Robby Krieger wrote in his 2021 memoir, Set The Night On Fire: Living, Dying And Playing Guitar With The Doors. “Jim always talked about using ‘universal’ themes in his lyrics that would stand the test of time… It occurred to me that there’s nothing more universal than the four elements: earth, air, water… fire. There it was. The element that could warm you or burn you… A metaphor for love and lust, or a sly reference to lighting a joint.

“The Rolling Stones had previously cracked the Billboard 100 with a song I liked called Play With Fire, so I figured I was on the right track,” the guitarist continued. “I sat in my room strumming my Gibson SG Special with the Stones song on in the background and tossed phrases around until finally it clicked.”

However, while Krieger was clearly onto something, he still wasn’t confident in his abilities. When he presented his new idea to the band, it was still a half-finished, flamenco-influenced tune with a single verse and chorus. A real group effort was required to turn Light My Fire into the chart-topping song it would eventually become.

“Jim came up with the second verse about the funeral pyre,” Krieger recalls. “I poked fun at him for always wanting to write about death and funerals, but Ray loved it: ‘It’s cool! It covers the whole spectrum of getting higher and going lower!’… John gave the song some much-needed dynamics, with a Latin-inspired rhythm that built a sultry mood during the verse and offered rock’n’roll release during the chorus.”

Initially, The Doors didn’t think of Light My Fire as a single, and it gradually evolved into a seven-minute epic during repeated live performances. The song’s astonishing instrumental section – in which Manzarek and Krieger deftly traded solos – evolved naturally, with the musicians summoning the spirit of their idol, the legendary jazz musician John Coltrane.

“We used his version of My Favorite Things as a jumping-off point and tried to see how far we could go before we got lost,” Krieger explained of their free-form approach. “I hedged my bets by taking influences from Indian music as well… I burned [Ravi Shankar’s] long ragas into my brain and infused our jazz solos with Indian scales and licks. Some nights our experiments were more successful than others, but the solo section is what allowed the song to live beyond what you hear on the record.”

“Every time he played it, he got tons of phone calls asking him to play it again”

By now, Light My Fire was almost ready to ignite, though it still needed Ray Manzarek’s dramatic, Bach-inspired organ introduction. But while the song is hard to imagine without this decisive contribution, it was one of the last things to fall into place.

“Ray’s famous organ intro was… part of the transition from the solo to the verse,” Krieger later revealed. “While Oliver Stone’s movie The Doors shows Ray creating it in a matter of minutes, he actually spent months gradually perfecting the version you now hear on the record. And it was our producer, Paul Rothchild, who had the vision to suggest that we use the transitional part as both an intro and an outro.”

An obvious high point of The Doors’ self-titled debut album, the full, seven-minute take of Light My Fire was an absolute tour de force. Yet, while the band knew the song had a special vibe, they still couldn’t envisage it as a major hit. Their debut single, Break On Through (To The Other Side), had failed to crack Billboard’s Hot 100, and The Doors had earmarked the more pop-inclined Twentieth Century Fox as a likely follow-up, before a local DJ alerted them to Light My Fire’s potential.

“Dave [Diamond] hosted a radio show on KBLA-FM called The Diamond Mine… He was likely the first DJ to play the original, seven-minute version of Light My Fire on air in its entirety,” Krieger recalled. “Dave told us that every time he played it, he got tons of phone calls from people asking him to play it again. He said it was the only song in his rotation that got such a reaction, and he pushed us hard to consider cutting down the solo part so AM stations would play it.”

Citing Bob Dylan’s chart success with the six-minute Like A Rolling Stone, The Doors were initially reluctant create an edited Light My Fire, but they eventually acquiesced. Subsequently released on 24 April 1967, the three-minute edit smartly removed much of the solo interplay without sacrificing the song’s dramatic impact.

With The Doors constantly on the road to aid with promotion, Light My Fire was a slow-burner on the US charts, rising steadily throughout the early summer and making the Top 20 of the Billboard Hot 100 early in July. It continued to climb stealthily until, on 29 July, it finally made it to No.1, ahead of Stevie Wonder’s I Was Made To Love Her.

The song remained at the top of the Hot 100 for two further weeks and played an essential role in turning The Doors into the globally-revered act they are today. However, the story doesn’t end there: after Puerto Rican vocalist and guitarist José Feliciano’s Grammy Award-winning cover took Light My Fire back into the Top 5, in 1968, the song has seemingly existed in its own space. Its versatility has encouraged artists of all persuasions to take a tilt at it, and there’s every chance that 2002’s Pop Idol winner, Will Young, won’t be the last artist to score a UK No.1 with this talismanic track.

“I never could’ve envisaged the journey my song would take when I first sat down in my room to answer Jim’s songwriting challenge,” Krieger wrote in Set The Night On Fire. “It’s almost impossible to believe that somehow, in the entire history of music, no one had put those three particular words together until a 20-year-old kid from California’s Pacific Palisades stumbled onto the idea.”