Giving a voice and taking a stand, the best protest songs serve as a record of the fight against ineffective and corrupt policy-makers.

The 1975’s decision to open their 2020 album, Notes On A Conditional Form, with a Greta Thunberg collaboration, music and politics have always gone hand in hand. As the best protest songs show, all it takes for a political movement to explode into the mainstream is one well-crafted tune.

Serving as a record of the fight against greedy or ineffective systems and corrupt policy-makers, these ten best protest songs will get you in the mood to rage against the machine in no time.

Rough and chaotic, Give Peace A Chance was recorded during John Lennon and Yoko Ono’s “bed-in for peace” honeymoon in Montreal, on 1 June 1969. Lennon’s first solo venture outside The Beatles, it immediately became an anti-war anthem, the chanted vocals and Lennon’s frantic delivery perfectly capturing the spirit of the era.

Such a simple sentiment from one of the world’s biggest songwriters was always going to be popular among the peace movements of the time, and the song peaked at No.2. on the British singles chart and No.14 on the US Billboard Hot 100,

The oldest song on this list of the best protest songs of all time, This Land Is Your Land has stood the test of time like no other. Released in 1945, Guthrie’s sarcastic delivery and communist ethos is one of the greatest tear-downs of the capitalist system.

Slamming private property and capitalist fat cats while observing the hunger faced by many in post-war America, This Land Is Your Land dares to dream the true American Dream: freedom and prosperity for all, instead of concentrated wealth in the hands of the few.

Originally releasing the song as a live poetry recital backed by conga and bongos, Gil Scott-Heron re-recorded The Revolution Will Not Be Televised with a funky full-band groove and flute lines for his 1971 album, Pieces Of A Man. Co-opting the phrase from 60s Black Power movements in the US, Scott-Heron lambasts a whole system of society built on advertisements and corruption, delivering a call to arms to those who wish to stay outside the movement: the revolution will take place on the streets and cannot be ignored.

Melancholy sweetheart Conor Oberst may be best known for his emo-tinged indie-folk, but he can deliver a scathing protest song with just as much ease. Released in 2005, When The President Talks To God directly targeted the morals of then US President George W Bush, attacking his administration for their actions in Iraq and for their part in sanctioning destructive domestic policies involving prison reforms and the war on drugs.

Oberst bluntly calls out the hypocrisy of the Bush administration’s claims to act in the name of God, asking if God would really tell Bush to do what he did. With a simple jagged blues riff that channels Bob Dylan and Woody Guthrie, this remains not just one of the best protest songs of the 2000s, but a highlight in Bright Eyes’ discography.

6: Manic Street Preachers: If You Tolerate This Your Children Will Be Next (1998)

Never known to shy away from difficult topics, Manic Street Preachers critique fascism through the lens of Welsh volunteers serving in the Spanish Civil War of the late 30s. Taking its name from an old poster calling for help in fighting the Nationalists, the song gave the group one of their biggest hits, reaching No.1 in the UK and becoming their only song to chart in North America.

Strongly outspoken during the civil-rights movement of the 60s, and with a discography that contains her iconic version of Strange Fruit, as well as Young, Gifted And Black and the incendiary Mississippi Goddamn, Nina Simone has no shortage of contenders for inclusion in this list of the best protest songs of all time.

Sparing no punches for “Mr Backlash”, Backlash Blues finds her on ruthless form, criticising America’s involvement in Vietnam as well as its treatment of black people at home. Like most of Simone’s music, it is a powerful listen.

Taking inspiration from Irish folk music, Dylan penned this song in October 1963, apparently in a deliberate attempt to write an anthem for change. Released the following January, The Times They Are A-Changin’ is now, with good reason, one of his most famous songs. Its universal lyricism and beautiful simplicity allows it to be adapted to almost any demand for change, easily earning its place among the best protest songs in history.

Perhaps the most famous protest song to take a stand against America’s involvement in Vietnam, Fortunate Son finds John Fogarty aiming his anger right at the heads of the US government, perfectly reflecting the feelings of those who felt that politicians were orchestrating a war with little to no public support while conscripting everyday Americans to fight halfway across the world. CCR’s focus on the hypocrisy of those in power was delivered with a ferocity that few have since matched.

After releasing their 1999 album, The Battle Of Los Angeles, Rage Against The Machine were a force like no other. Giving the middle finger to all the greed and corruption that Wall Street represents, Sleep Now In The Fire is classic Rage: Tom Morello unleashed a guitar riff that stands as one of the most iconic the 90s, while Zach De La Rocha’s howling vitriol remains completely unchallenged.

Directed by Michael Moore, Sleep Now In The Fire’s promo video found the group playing on Wall Street, in front of the New York Stock Exchange, before being arrested by the police. Adding to the song’s continued relevance is a shot of a man holding a sign reading “DONALD J TRUMP FOR PRESIDENT 2000”.

Causing an immediate stir with its incredible Hiro Murai-directed music video, This Is America shocked listeners in ways that music hadn’t in years. Tackling gun violence, racism and political disillusionment, it is a testament not only to the talent of Donald Glover (aka Childish Gambino), but to the power of music as an avenue for raising awareness of important issues. Topping our list of the best protest songs of all time, This Is America continues to speak to the moment. 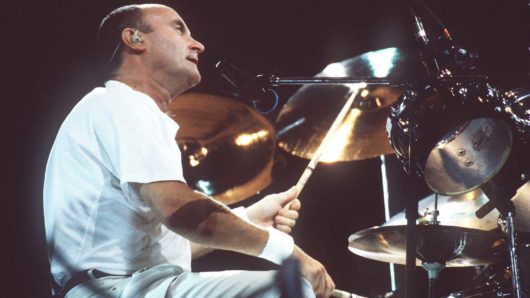 Best Drummers Of All Time: 20 Iconic Musicians Who Can’t Be Beat

From rock’n’roll riot-starters to formidably funky floor-fillers, the best drummers made music history by moving our heads and our feet. 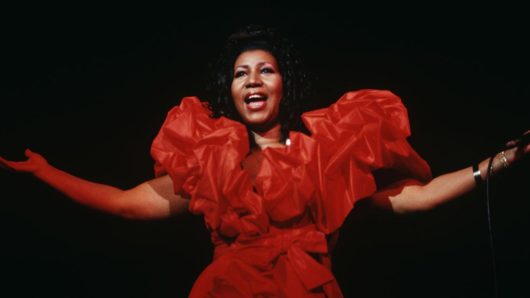 Moving the feet as well as the heart, the best soul songs continue to inspire respect for everyone from Otis Redding to Aretha Franklin.