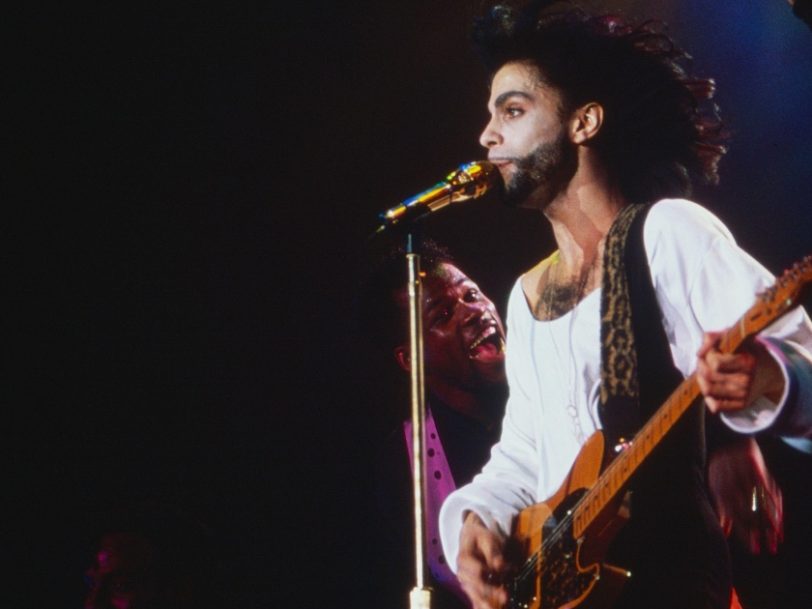 The Most Beautiful Girl In The World: Prince’s Loving Tribute To All Women

A song written for ‘every woman’, The Most Beautiful Girl In The World marked Prince’s first major move towards independence.

Remarkably, despite dominating the charts with over a decade’s worth of trailblazing music – including the 1999 and Purple Rain albums, and songs such as When Doves Cry and Kiss – Prince didn’t score a UK No.1 single until the release of The Most Beautiful Girl In The World, in 1994. An R&B ballad perfectly calibrated for maximum radio play, the song not only took him to the top of the UK charts, it also proved he could more then hold his own in a mid-90s scene dominated by groups such as Boyz II Men and Bell Biv DeVoe. But there was more to the tune than a pitch-perfect falsetto and generous praise of female beauty in all its forms. Less noticed at the time was how The Most Beautiful Girl In The World marked Prince’s first major shift away from Warner Bros, the label that had signed him as a teenager in the late 70s; from here on out, he would take full control of his music and deliver it direct to fans. In proving he could handle his business himself, Prince paved the way for future generations of artists to run their own independent careers.

“Look what he’s done for artists by making that stand”

Prince had been agitating against his label since at least the start of the 90s, when his relentless output outstripped the industry’s ability to keep up with the flow of new Prince material. Opening his own New Power Generation stores in Minneapolis and London, and pressing up copies of Goldnigga, the debut album by his NPG band, on CD and selling them himself at gigs and through the stores – which also stocked his own branded candles and Get Wild perfume – Prince pioneered a new business model in which he made records and merchandise available outside of the industry supply chain. Speaking to this author for the book Lives Of The Musicians: Prince, Jeff Gold, a Warner Bros executive at the time, recalled: “He was doing all kinds of shit that are not in the spirit of being signed to a record label.”

For Prince, however, this was a necessity. Having changed his name to the unpronounceable glyph that had titled his 1992 album – dubbed “Love Symbol” – Prince sought not only a break from his past, but also the freedom to release what he liked, when he liked. As another former Warner Bros executive, Marylou Badeaux, put it in Lives Of The Musicians: Prince: “He’s trying to say: ‘You can’t own me. You can’t own my music.’… Look what he’s done for artists in general by making that stand.”

“He did that to prove that he doesn’t need Warners, they need him”

For Prince, the breaking point came with a disagreement over which of his new recordings would be allowed to follow the “Love Symbol” album. Typically prolific, he had two whole records finished and ready to go: Come, which he wanted to issue as “Prince”, and The Gold Experience, which he wanted to have credited to his new name. His pitch to Warner Bros: release both on the same day and see which performed better in the charts.

When Warner Bros refused, opting to issue Come that summer without risking splitting his fanbase over a second Prince album, Prince returned with another request: let him release a single himself in the interim. With Warners’ approval, Prince shouldered two million dollars’ worth of manufacturing and marketing costs for The Most Beautiful Girl In The World, and struck a US distribution deal with the independent label Bellmark, led by former Stax vice president Al Bell. Released, fittingly, on Valentine’s Day in 1994 in the US (a UK release would follow on 28 March), The Most Beautiful Girl In The World became the first new Prince music both to come out under his newly formed NPG Records imprint and to be credited to his new name.

Now hailed by fans as one of the best Prince songs of the era, The Most Beautiful Girl In The World was the sound of Prince determinedly creating a hit. In a crystal-clear falsetto recalling the Philadelphia sound of 70s soul groups such as The Delfonics and The Stylistics, he sang of a love so strong it could last until the end of time, and so all-consuming it’s the only thing that gets him through the days. Over a shimmering arrangement that only burnished its radio-ready groove, Prince layered his own harmony and counter-melody vocals on top of each other, creating a bank of Princes paying tribute to a beauty which went beyond the physical: “this kind of beauty is the kind that comes from inside”.

Though The Most Beautiful Girl In The World is often though to have been written in honour of Mayte Garcia, the belly dancer turned NPG band member who would soon become Prince’s first wife, Garcia herself demurred: “I know of at least three women besides me who believe it was written specifically for them,” she wrote in her memoir, The Most Beautiful: My Life With Prince. “I hope every woman who hears it believes it was written specifically for her. Because it was. Take a look at the music video… This was his love song to all of us.”

Filmed in late January, The Most Beautiful Girl In The World promo benefitted from a canny bit of crowdsourcing. Running an advert in select US, UK and European magazines, Prince declared, “Eligible bachelor seeks the most beautiful girl in the world to spend the holidays with,” asking anyone interested to send in photos or video footage of themselves for consideration. From a reported 50,000 applicants, seven lucky winners were chosen to take part in the shoot – which also featured appearances from singer Nona Gaye and actress Vanessa Marcil – during which Prince serenaded them while they watched nostalgic footage of themselves in a clip that stands among the best Prince music videos. More photos were used in a collage created for the single’s artwork.

With a strong marketing push – including a live performance at the 1994 World Music Awards – The Most Beautiful Girl In The World sold over 700,000 copies in the US, where it peaked at No.3 in the Hot 100, going one space higher in the R&B chart. In the UK, where the trade magazine Music Week gave it a full five marks out of five, praising it as “his most direct and accessible song in ages”, The Most Beautiful Girl In The World stormed to the No.1 spot, becoming Prince’s only UK chart-topper and his best-selling single since the Batman soundtrack’s Batdance.

The song’s success set Prince up to leave Warner Bros and venture out as an independent artist with all the clout of a global star. “These are the things that were involved with him finally saying, ‘I’m going my own way. Try and stop me,’” New Power Generation drummer Michael Bland explained in Lives Of The Musicians: Prince. “He did that to prove to them that he doesn’t need them, they need him.”