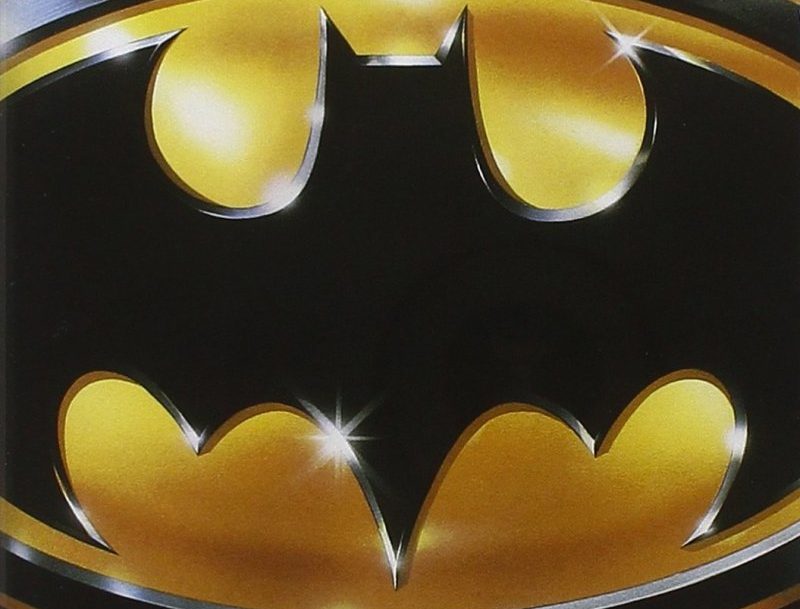 Though Prince had scored an Oscar for his Purple Rain album, and been garlanded with praise for Parade, the soundtrack to his second movie, his box-office reputation was hit-and-miss. Under The Cherry Moon, the film that had inspired the superlative Parade, was less successful than he’d hoped for, and while he’d been toying with the idea of a Purple Rain sequel – among other potential cinematic ventures – as far back as 1987, he’d yet to get it off the ground. When a chance offer to record some songs for the soundtrack to Batman, Tim Burton’s high-budget 1989 reboot of the caped-crusader franchise, came along, he saw an opportunity to not only be part of one of his childhood favourites, but to regain a foothold in Hollywood.

“The biggest tie-in since shoelaces”

Prince had been on Burton’s mind throughout filming. Two decades on from the last big-screen Batman adaptation – 1966’s high-camp spectacular Batman: The Movie, in which Adam West and Burt Ward reprised their TV roles as Batman and Robin, respectively – he needed a soundtrack that would help bring the DC Comics hero bang up to date. Who better to deliver than the most cutting-edge musician of the 80s?

Burton had used earlier Prince tracks, 1999 and Baby I’m A Star, to create the right feel for key scenes in a workprint, and had originally planned to ask Prince to re-record the songs for the final cut. After flying out to Pinewood Studios, on the outskirts of London, for a meeting on the set of Gotham City, Prince was enthused enough to not only record two brand-new songs for the project, but to consider cancelling the Japanese leg of his Lovesexy tour in order to get started immediately. Convinced to see the overseas obligation through, he was back in Paisley Park that February, where he would – as ever – surpass original expectations.

The image of Prince in the studio wrestling with a flood of ideas – as conjured in the Batdance video – seems apt. After six weeks, he emerged with an album’s worth of material that forced a rethink of what the Batman soundtrack would be. “Did you know that the album was supposed to be a duet between Michael Jackson and me?” Prince later revealed to Rolling Stone. Forget that. The final record was, as the magazine concluded at the time, “the one-man band from Minneapolis” masterminding “the biggest tie-in since shoelaces”.

Plenty of movies had inspired hit theme songs, but never before had a megastar musician recorded an entire soundtrack album for a blockbuster franchise. If the original plan had been for The King Of Pop to record songs from the perspective of the film’s good guys, and for Prince to provide counterpoints for the villains, Prince ultimately approached the nine-track album as an opportunity to explore the psychology of each of the main characters, with songs such as the propulsive The Future being sung from Batman’s perspective (“I’ve seen the future/And, boy, it’s rough”), and the likes of the anarchic Partyman (“All hail the new king in town!”) from The Joker’s.

Filtering dialogue from the movie into one of his most stripped-down, no-fuss, beat-driven albums – with room for ballads such as Scandalous and the Sheila E duet The Arms Of Orion – Prince also discovered a new alter-ego for himself: Gemini. Resembling the Batman villain Two-Face, with Prince assuming both Batman and Joker roles (or, in the case of the Partyman video, The Joker and himself), the character suggested that, for Prince, who had learned how to play the Batman theme tune as a child, recording the songs wasn’t just a movie commission: he was deeply identifying with emotional subtexts the movie itself did little to engage with.

Released on 19 June 1989 in the UK, and the following day in the US, Prince’s Batman soundtrack topped both the UK and the Billboard Top Pop charts, and went Top 3 around Europe, while Batdance gave him his first US No.1 single since Kiss, three years earlier. As the Detroit Free Press exclaimed: “Holy hit singles, Batman! Prince has done it again!”

But for Prince, the double-platinum success of Batman was more than a return to chart dominance following a commercial dip at the end of the decade he’d defined. With the film grossing $411.6 million – a comfortable tenfold return on its budget – it also repaired his reputation in Hollywood. And Prince had effectively invented the blockbuster soundtrack in the process, paving the way for Madonna’s Evita (1996) and, three decades later, the Kendrick Lamar-helmed companion to Marvel Comics’ Black Panther movie adaptation.

In the immediate future, it also gave Prince leverage with Warner Bros Pictures, who finally agreed to finance his Purple Rain follow-up, Graffiti Bridge. It was on the Nude tour, staged in support of the Graffiti Bridge soundtrack, that a Batman song offered the first indication of Prince’s next major musical reinvention. Giving dancer/rapper Tony M a guest verse on each night’s opening song, The Future, he made his first overt concession to hip-hop. The results of this new foray would soon shape his smash 1991 album, Diamonds And Pearls.

Check out our best Prince videos to see what Batman promos made the cut.