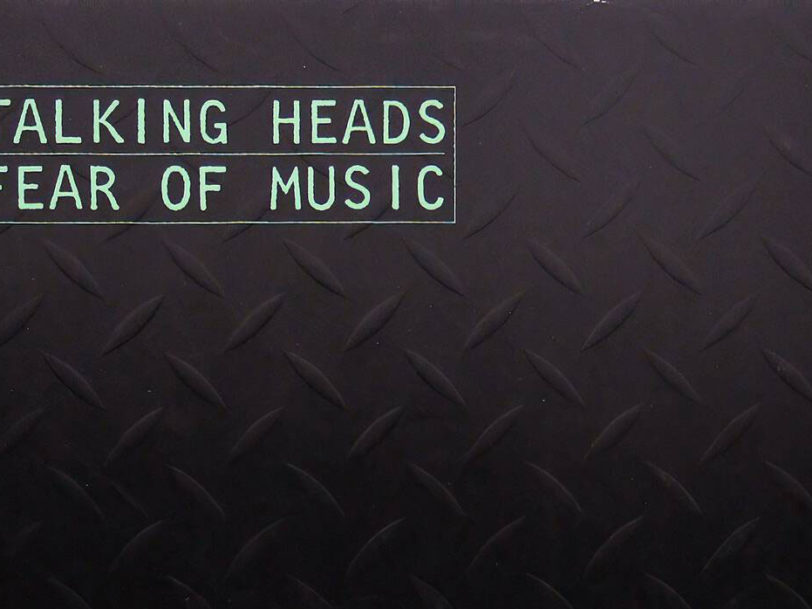 Fear Of Music: Talking Heads’ Third Album Is Nothing To Be Scared Of

‘Rock musicians looking for a way out,’ Talking Heads ripped up the rulebook with ‘Fear Of Music’, resulting in a classic album.

When Talking Heads came to record their third album, 1979’s Fear Of Music, they were on a roll. It’s predecessor, More Songs About Buildings And Food had seen the New York band make a commercial breakthrough to match their high critical standing. It had reached No.29 in the US and No.21 in the UK, while their Al Green cover, Take Me To The River, had been a crossover hit single, peaking at No.26 in the US. The band had appeared on the influential US TV shows Saturday Night Live and American Bandstand, and their tours had become steadily bigger and further-reaching, with the group developing a significant following worldwide.

Many bands may have taken that kind of success as a cue to follow the easy route and repeat the formula. Talking Heads were not that sort of band. Instead, they entirely changed their way of composing songs and – with the support of producer Brian Eno – looked to new recording methods in a bid to keep their music creative and exciting.

Listen to ‘Fear Of Music’ here.

“We would jam until we had a cool groove”

As drummer Chris Frantz revealed in his 2020 autobiography, Remain In Love: “We had the idea to record [Fear Of Music] right in the loft where Tina and I lived. The music for the album had been mostly written, arranged and rehearsed there and we felt that the acoustics of our rehearsal space would make for an interesting contrast in sound to our previous two albums. Eno was keen on the idea, too.”

While Brian Eno’s influence had been key on broadening their musical horizons for More Songs About Buildings And Food, that album’s songs had been composed, mostly by frontman David Byrne, in a traditional singer-songwriter fashion. With Fear Of Music, Talking Heads abandoned that way of working as the group switched to creating more jam-based tracks. “We had been working on these songs for weeks and our playing was really energetic and tight,” Frantz recalled “The songs we recorded most often grew out of extended jam sessions. We developed a process where we would jam until we had a cool groove and tempo happening… The music was a real collaboration. David would take the cassette recording home with him to write lyrics. In the case of Life During Wartime, the song began as a jam between Tina and me. The entire song, including the vocal melody, is based on Tina’s part.”

“We were rock musicians looking for a way out”

The most radical manifestation of this new method came with Fear Of Music’s opening track, I Zimbra, a tribal funk workout teeming with energy and featuring the chanted nonsense syllables of Hugo Ball, a German poet of the Dada art movement, in lieu of conventional lyrics.

Frantz revealed more about the song’s creation in Remain In Love: “The basic track was recorded as an instrumental. There were no words yet. This particular track, with its Nigerian highlife influences and the way it came into being through jamming, was the template for composing our next album, Remain In Light. When I say the influences were African, that is for sure. But none of us were African. We were rock musicians who were looking for a way out of what had become a very predictable formula for playing and performing rock’n’roll.”

After that wild and heady start, it’s clear that anything goes – musically and lyrically. Indeed, on Fear Of Music’s second track, the laidback sci-fi funk of Mind, David Byrne sings, “Everything seems to be up in the air at this point.”

Throughout the album, the songs concern themselves with alienation, instability and the absurdity of modern living, and are – mostly – given suitably frenetic, tense treatments. There’s the jerky, wired disco of Cities, on which Byrne shouts himself hoarse while discussing the merits of various potential hometowns; The relentless Life During Wartime concerns itself with the daily routines of urban guerrillas; Air’s paranoid twitchiness gives way to a swooning chorus in which Byrne suggests – with no small amount of prescience – that even our invisible surroundings can cause us harm in this modern world: “Air can hurt you too.”

It’s all delivered with a character actor’s capacity for adopting personas and, at times, a total lack of inhibition. But Fear Of Music also features the serene Heaven, a song as simple and direct as a Neil Young ballad, on which Byrne croons, “Heaven is a place/A place where nothing/Nothing ever happens.” Whether he’s questioning the wisdom in looking for perfection or coming to terms with mortality, it’s typical of Byrne’s detached and ambiguous worldview.

Released on 3 August 1979, not only did Fear Of Music expand Talking Heads’ horizons, it saw their profile continue to rise, selling over half a million copies in the US alone and inspiring some remarkable live shows. Next up was the art-pop masterpiece Remain In Light – further proof that, really, music was the last thing Talking Heads feared.

Check out our best Talking Heads songs to find out which ‘Fear Of Music’ tracks made the cut.