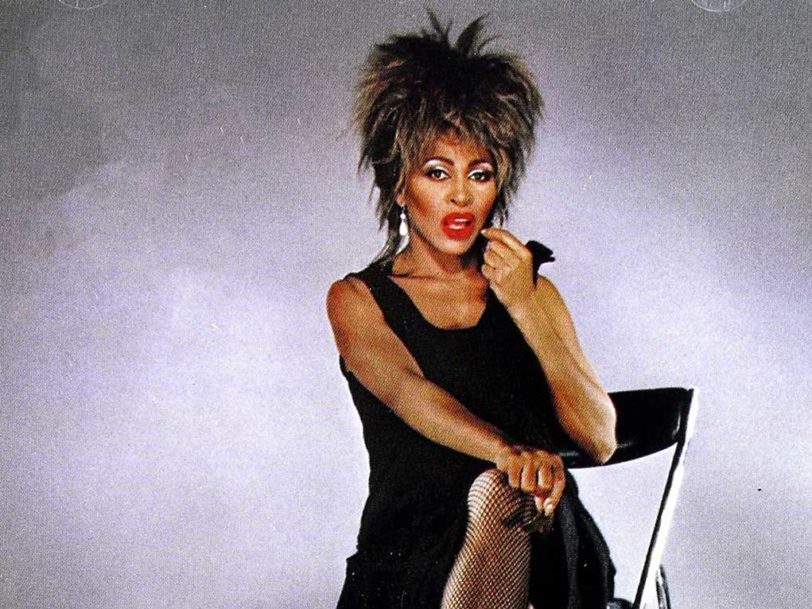 1976 was a watershed year for singer Tina Turner. After years of psychological and physical torment at the hands of her controlling, drug-crazed husband, Ike Turner, she fled her toxic marriage behind for good when she left him asleep in their Dallas hotel room after an altercation. Escaping into the night with just 36 cents and two black eyes to her name, Turner found temporary refuge hiding at a friend’s house before another friend paid for her to fly to Los Angeles to begin a new life. It was the start of a new journey that would find the singer entirely reinventing herself with 1984’s Private Dancer album. Before that, however, Turner had to prove she could make it on her own.

Outside of the Ike And Tina Turner Revue, life was initially tough for the then 37-year-old singer, who was surviving on food stamps and working as a cleaner. After regrouping, Turner resumed her singing career in 1978, the year her divorce from Ike was finalised. Fronting a cabaret-style live show, she also released two disco-tinged albums (1978’s Rough and the following year’s Love Explosion), though they failed to generate much interest, even among loyal Ike And Tina Turner fans.

As the 70s rolled into the 80s, Tina soldiered on. Crucially, she dropped disco and cabaret for a grittier rock-meets-soul approach that earned her support slots with The Rolling Stones and Rod Stewart. Then a cameo appearance singing a synth-driven version of The Temptations’ Ball Of Confusion, on the 1982 album Music Of Quality And Distinction Vol.1 by British Electric Foundation (BEF), a side-project masterminded by Heaven 17’s Martyn Ware and Ian Craig Marsh, brought her more visibility and led to a singles deal with Capitol Records.

Turner’s debut release for the label, a modernised version of Al Green’s early 70s soul classic Let’s Stay Together, reunited her with BEF producer Ware, and became her first ever charting UK solo single when it reached No.6 in November 1983. At 44, Tina Turner was back – and the unexpected scale of her success prompted Capitol to bankroll an album, resulting in Private Dancer, the record that would crown Tina Turner the Queen Of Rock’n’Roll.

“I didn’t think it was my style”

In her previous performing life, working alongside Ike, Tina had served up raw, old-school rhythm’n’blues, but Private Dancer was radically different; slicker and much more polished, it framed her signature throaty rasp with contemporary rock and pop production values that included synthesisers, sequencers and drum machines.

The mastermind behind the album was Capitol Records’ A&R executive John Carter, who brought in mostly British producers and songwriters to put the album together during an intense two-week period of recording. Its contributors included producer Rupert Hine, a recording artist in his own right who had scored a Top 10 UK hit with the 1979 single Lone Ranger; Hine had previously produced Chris De Burgh, The Fixx and rising synth-pop star Howard Jones just prior to working with Turner.

Arguably the most crucial contributor to Private Dancer was, however, Manchester-born songwriter Terry Britten, a prolific tunesmith who had written Devil Woman for Cliff Richard, as well as tunes recorded by Olivia Newton-John, The Pointer Sisters and Musical Youth. Britten co-wrote and produced Private Dancer’s touchstone, What’s Love Got To Do With It, a reggae-infused rock ballad defined by an anthemic, singalong chorus that still stands as one of the best Tina Turner songs of all time.

“I just thought it was some old pop song”

Ironically, What’s Love Got To Do With It had a history of rejection. Initially offered to artists as diverse as Cliff Richard and Donna Summer – who both turned it down – the 1981 Eurovision winners, British pop group Bucks Fizz, demoed the tune only to shelve it. It wasn’t love at first hearing for Turner, either, who confessed in her 1987 memoir, I, Tina: “I just thought it was some old pop song and I didn’t like it. I just didn’t think it was my style.”

Eventually, she relented. Working with Britten, Turner put her indelible mark on the song and then watched it shoot up the charts when it was released as a single a few weeks prior to Private Dancer’s unveiling. The song’s sleek production, combined with Turner’s magnetic performance – in which she exhibited vulnerability as well as her customary raw sexuality – helped propel it into into the pop charts on both sides of the Atlantic; in the US, she became the oldest female artist to top the charts, while in the UK the record peaked at No.3.

Following on 29 May 1984, Private Dancer featured ten songs that ranged from stomping, guitar-driven rock (Steel Claw, Show Some Respect and I Might Have Been Queen) to uptempo power-pop (Better Be Good To Me) and emotive ballads (the jazz-tinged title tune, written by Dire Straits’ Mark Knopfler). Besides containing strong original material, the album was bolstered with three covers: The Beatles’ Help!, given a gospel-soul makeover; an update of Southern soul siren Ann Peebles’ classic I Can’t Stand The Rain; and an ambitious remodelling of David Bowie’s Diamond Dogs number, 1984, which, in terms of its production, blended Heaven 17-style synth-pop with hard rock tropes and symphonic orchestral strings.

Helped by its seven hit singles, Private Dancer’s sales went through the roof: it went quadruple-platinum in the US, triple-platinum in the UK, and also topped the charts in Australia and Canada. The album’s success didn’t end there. At the 1985 Grammy Awards ceremony, What’s Love Got To Do With It triumphed in three different categories (Record Of The Year, Song Of The Year and Best Female Vocal Performance), while Better Be Good To Me won the Grammy for Best Female Rock Vocal Performance.

A resounding commercial success, Private Dancer transformed the singer born Annie Mae Bullock in Nutbush, Tennessee, into a record-breaking solo superstar who would go on to become revered as a music icon. A defining moment for Tina Turner, the album not only rejuvenated her career but also proved to be an influential and groundbreaking work that established a much-imitated blueprint for 80s soulful pop-rock.

Over 35 years after its release, in 2020, Private Dancer’s significance was recognised by the US Library Of Congress, which inducted it into the National Recording Registry, a list of North America’s culturally significant sound recordings. It’s an accolade that affirms the enduring importance of an album that arguably marked the greatest – and perhaps unlikeliest – pop comeback of all time.

Check out our best Tina Turner songs to find out which Private Dancer tracks had the moves to make it.