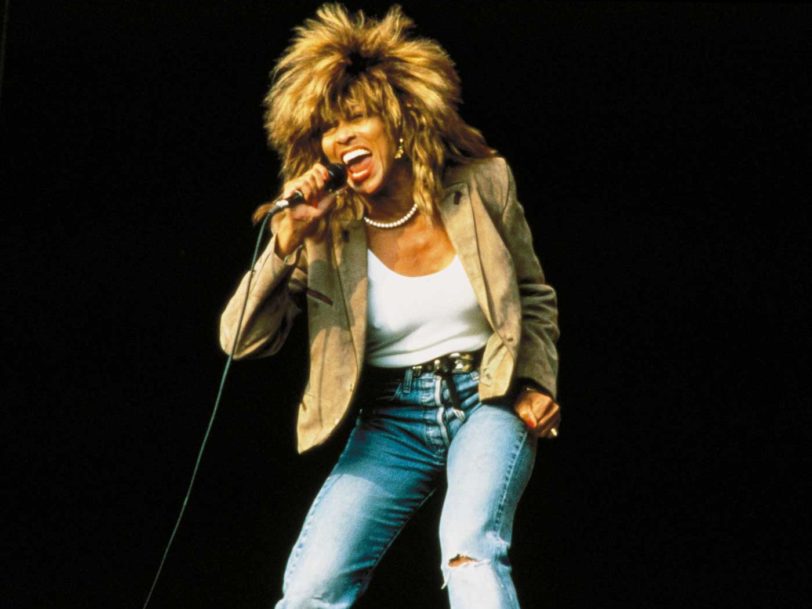 Let’s Stay Together: How Tina Turner Came Back For Good

With a cover of Al Green’s Let’s Stay Together, Tina Turner created a stunning piece of electronic soul that led her to dominate the 80s.

Tina Turner’s story is a classic tale of overcoming life’s trials and tribulations. After facing years of domestic abuse, she divorced her husband Ike Turner in 1978; left with only 36 cents to her name, Turner rebuilt her life through a stunning solo career, with a perseverance that earned her worldwide success and paved the way for many female artists in the fickle music industry. Her optimistic songs, flawless dance moves and overall power continue to inspire each generation to work hard to create a life that is, as the song goes, simply the best. It was with a different song, however, Let’s Stay Together, that Turner staged a career resurgence that would lead her to dominate the 80s.

The Wild Lady Of Rock

Fulfilling her contract with United Artists, and having failed to reach the charts with the albums Rough and Love Explosion, Turner found herself a free agent at the end of the 70s. Building a new repertoire and honing her solo act, she staged cabaret-style performances in Las Vegas and intimate venues across the United States while also making TV appearances on The Cher Show, The Brady Bunch Hour and Hollywood Squares.

While headlining her Wild Lady Of Rock tour, from 1978 to 1980, Turner provided a varied setlist, from R&B classics such as Shake A Tailfeather to pop ballads the likes of You Don’t Bring Me Flowers Anymore. Though fronting a successful tour, Turner hadn’t produced any chart hits of her own; following her 1980 concert at the Venetian Ballroom in San Francisco, she signed with Roger Davies, then also managing Olivia Newton-John. It was under his direction that Turner hired a new band and transformed her stage performances from cabaret-style shows into the grittier form of rock’n’roll revue that her powerful voice was built for.

An artist of quality and distinction

Having already appeared as The Acid Queen in the 1975 film adaptation of The Who’s Tommy, Turner’s new sound opened up further opportunities to work with rock groups. Following a highly successful performance at New York’s The Ritz venue, Turner was invited to perform with artist such as Rod Stewart, Chuck Berry and The Rolling Stones – the latter of whom had previously hosted her on stage in 1966, as part of the Ike And Tina Turner Revue.

In 1982, Tina Turner contributed a cover of The Temptations’ psychedelic soul classic Ball Of Confusion to British Electric Foundation’s Music Of Quality And Distinction Volume One, a various-artists compilation of electronic interpretations of 60s and 70s hits. With its heavy synth sound, provided by UK outfit Heaven 17, the song became a Top 5 hit in Norway, setting the stage for a different soul cover to take Turner to the global charts.

1983 marked a turning point. Landing a recording contract with Capitol Records, Turner shifted her attention from Motown to Southern soul, recording a cover of Al Green’s hit Let’s Stay Together, building on electronic soul sound she explored on Ball Of Confusion.

Green’s version of the song had reached No.1 on the US Hot 100 and R&B charts in 1972 and has since been added to the US Library Of Congress’ National Recordings Registry. Turner took his crooning, seductive original and gave it new life. Beginning her version in a similarly atmospheric style, she flips Green’s first and second verses, opening with a passionate, piercing: “Let me say since/Since we’ve been together/Ooh, loving you forever.” The minimalistic synth backing makes her voice stand out, as if in an intimate conversation with the listener, before her commanding “Let me be the one you come running to” pulls you in close with her vocal embrace.

With the first chorus, the song becomes more upbeat, its punchy instrumentation complementing the lines “Loving you whether, whether/Times are good or bad, happy or sad”; in flipping the original verses, the full effect of the band accompanies the lyrics “I, I’m so in love with you”.

More than just a cover

Released on 7 November 1983, the combination of Turner’s powerful rock vocals and heavy synth backing helped Let’s Stay Together become so much more than just a cover. Turner’s distinctive vocal fills, range and vibrato put her signature stamp on the song, truly making it her own. While Turner has said it was a “surprise hit”, it is no surprise that, when Let’s Stay Together was released in the UK, it sold more than a quarter of a million copies, hitting No.6 and besting Al Green’s UK performance by one spot. Across the Atlantic, DJs span it continuously in clubs, leading the song to top the US Dance Club charts while also becoming a Top 5 R&B hit.

Turner followed Let’s Stay Together’s success with 1984’s career-defining Private Dancer album. Certified five-times platinum in the US, and selling more than ten million copies worldwide, it featured her US No.1 hit, What’s Love Got to Do With It, along with the Top 10 singles Better Be Good To Me and the album’s title track, and went on to scoop three Grammys

At the age of 44, with her hard work finally being recognised, Tuner continued recording music while branching out into other fields. Hailed as The Queen Of Rock’n’Roll, she has since acted and made music for films, opened a West End and Broadway show and even co-wrote a bestselling autobiography, I, Tina, in 1986. She will be releasing a new book this December, Happiness Becomes You, in which she discusses spirituality, empowerment and her path as a Buddhist. As Norwegian DJ Kygo’s remix of What’s Love Got To Do With It proved in the summer of 2020, her relevance remains undimmed.